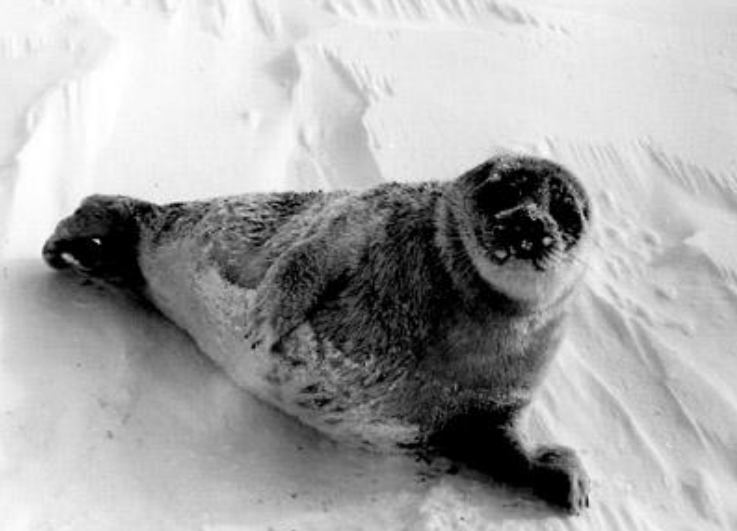 A mysterious sickness that has killed Alaskan seals and walrus appears to be spreading.

First spotted last year on Alaska’s northern coast, the illness was reported last week at the top of the Alaska panhandle where a dying seal was captured by fishermen. The seal, spotted at Yakutat near the top of the Alaska panhandle, was bald and lethargic and suffered conditions similar to those found in 60 dead seals and 75 diseased ones, most of them ring seals, that were discovered in July last year on the north coast.

“The seal, determined to be a yearling, exhibited almost total hair loss and nodular, ulcerated scabbed skin sores,” Kathy Burek-Huntington, a veterinary pathologist part of an international group of experts working on the disease, was quoted as saying. “These sores are consistent with the disease process we have been seeing in the ice seals in the North Slope and Bering Strait areas.”

The dead seals discovered last year showed lesions on hind flippers and in their mouths. Some suffered from hair loss and irritated skin around the nose and eyes. Post-mortem examinations found fluid in lungs, white spots on livers and abnormal growth in brains. (RSOE-EDIS, Thursday, March 8th, 2012 at 04:40 UTC)

The seal deaths have been declared “an unusual mortality event” by the National Oceanic and Atmospheric Administration (NOAA), a status that provides additional resources to investigate the cause. The U.S. Fish and Wildlife Service is considering making a similar declaration for the Pacific walrus.

Concerns that the seal deaths may be linked to Fukushima radiation

Local communities have been concerned that the marine mammals deaths may be due to a causal relationship linked to the Fukushima nuclear plant’s damage.

Scientists at the Institute of Marine Sciences at UAF believe it’s unlikely that Fukushima was the cause of the seals’ deaths, given that levels of detected radiation are relatively low around Alaska. Water tests have not shown evidence of elevated radiation in U.S. Pacific waters since the March earthquake and tsunami in Japan. If there is a link to Fukushima, the researchers will find it, as they will be testing for radionuclide Cs-134 and Cs-137. (TreeHugger, Jan 8th)

Preliminary tests of tissue samples from animals that fell victim to the lesion-causing disease found that radiation levels were normal and within “the typical background range for Alaska,” The National Oceanic and Atmospheric Administration said in a statement. (Reuters, Feb 17th)

The affected animals have bleeding lesions on their flippers and other body parts, patchy loss of hair, labored breathing and lethargy, according to NOAA.

The findings that appear to clear the Fukushima plant of blame are only preliminary, Juneau-based NOAA spokeswoman Julie Speegle said, and more analysis will be conducted. Tests on healthy animals also found normal levels of radiation.

“Part of the reason it doesn’t rule it out is we need to do more in-depth tests for Cesium 137 and Cesium 134,” Speegle said.