Scientists discovered what triggers the natural thermostat of our planet's upper atmosphere, responsible for cooling the air previously heated by the intense solar activity.

The solar flares and coronal mass ejections (CMEs) can cause damage to satellites orbiting the Earth, widespread power outages, and disruptions to GPS service, as they release billions of tons of solar particles, traveling to our planet with speeds over 1.6 million km/h (1 million mph).

A research team, led by the scientists from the University of Colorado Boulder, has discovered that these powerful outbursts create shock waves while traveling toward Earth, thus heating our planet's upper atmosphere. However, at the same time, they induce the formation of the trace chemical nitric oxide which, in turn, cools and shrinks the environment.

"What's new is that we have determined the circumstances under which the upper atmosphere goes into this almost overcooling mode following significant heating. It's a bit like having a stuck thermostat – it's really a case of nature reining itself in," explained Delores Knipp,  a professor at the Department of Aerospace Engineering Sciences at CU Boulder.

Solar storms can cause the temperatures of the upper atmosphere to soar up to 399 °C (750 °F) while the nitric oxide can subsequently cool it down by approximately 517 °C (930 °F). 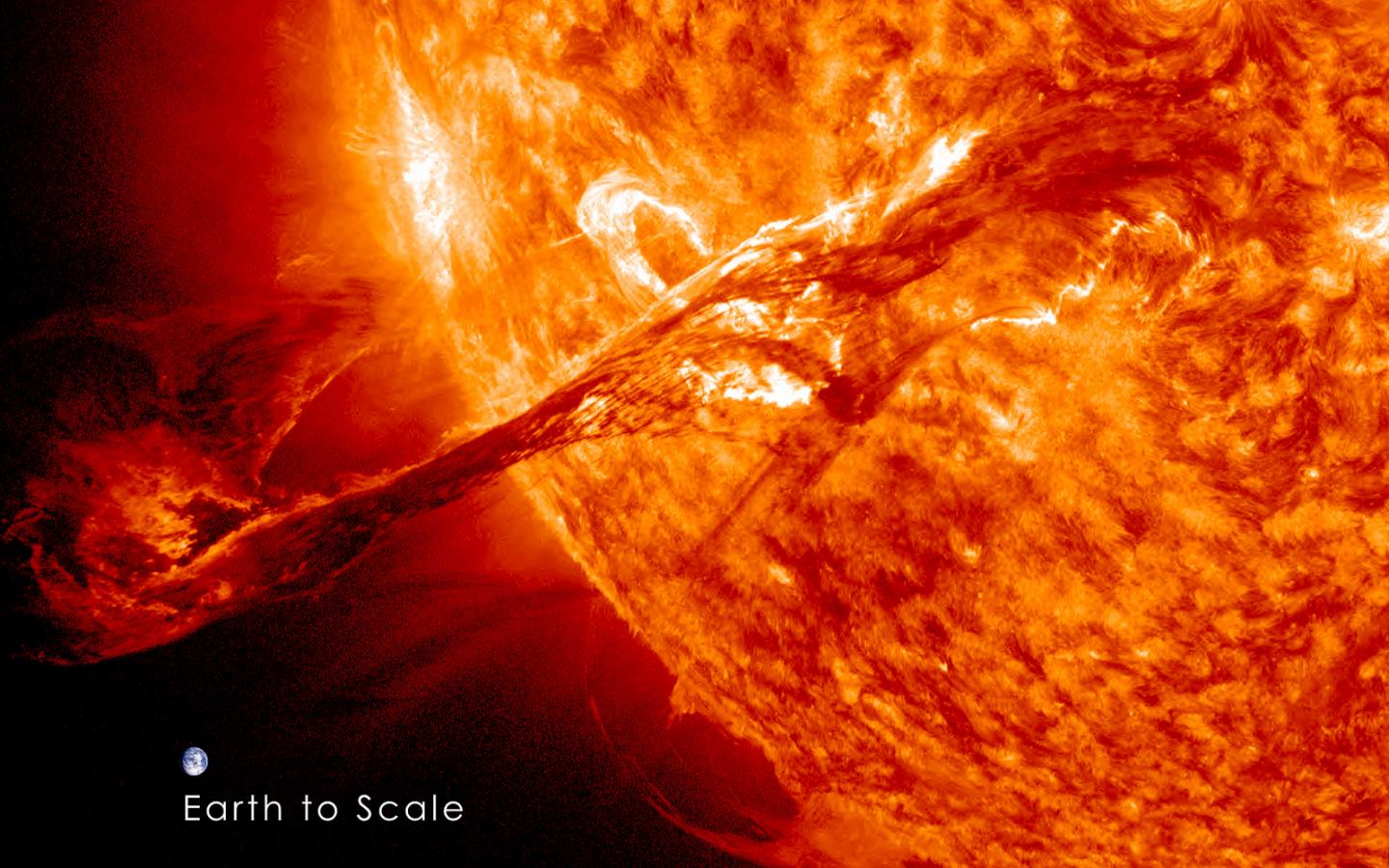 Coronal mass ejections from the sun heat Earth's upper atmosphere, then cool it dramatically, according to a new University of Colorado Boulder study. Image credit: NASA

The scientists were examining satellite data collected during an intense solar storm which hit Earth in 1967, when they discovered the mechanism.

As the Earths upper atmosphere expands during the solar storms, the satellites in the lower orbit have to travel through more gaseous particles which produce stronger drag force and consequently causes decays in their orbits and burning up in the atmosphere.

In a new study, the researchers compared two satellite datasets spanning 15 year periods, one of which was from the Sounding of the Atmosphere using Broadband Emission Radiometry (SABER) instrument on NASA's TIMED satellite and the other was collected by the US Department of Defense satellites.

Solar storms have influenced our planet throughout the history. For example, a CME produced in 1989 triggered the collapse of the Hydro-Quebec's electricity transmission system which left six million people without power. A solar storm, named the Carrington Event produced auroras and disrupted telegraph communications all the way from the North Pole to the Central America and even caused fires that killed several people, in 1859.