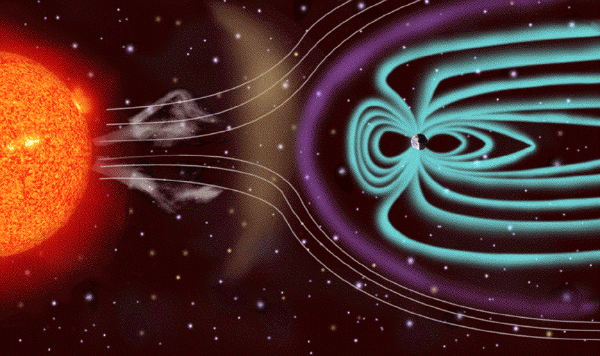 A coronal mass ejection (CME) that erupted on March 15, 2013, hit Earth's magnetic field at 06:00 UTC on March 17, 2013. The solar wind speed reached 700 km/s and sparked a moderately strong G2 (Kp=6) geomagnetic storm and minor S1 solar radiation storm. NOAA/SWPC reported the geomagnetic field has been at quiet to unsettled levels for the past 24 hours.

For those of you, who don't fully understand the data given above, here are few explanations to help you better understand space weather and geomagnetic storms. Here is a short help on understanding the basic terms, data, plots and graphs. 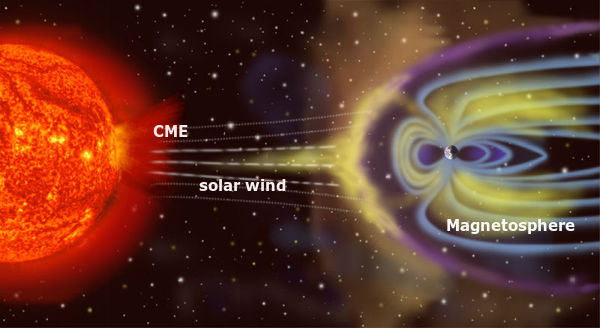 An artistic view of geomagnetic storm. Captures show where the CME forms, where is solar wind and how it affect our magnetosphere (Credit: K.Endo/The Watchers)

The disturbance in the interplanetary medium which drives the geomagnetic storm may be due to a solar coronal mass ejection (CME) or a high speed stream of the solar wind originating from a region of weak magnetic field on the Sun’s surface or coronal holes. Coronal mass ejections release huge quantities of matter and electromagnetic radiation into space above the sun's surface. The particles typically take between one and three days to reach Earth, where they can pose a hazard to satellites and electronic systems in orbit and on the planet's surface.The ejected material is a plasma consisting primarily of electrons and protons. 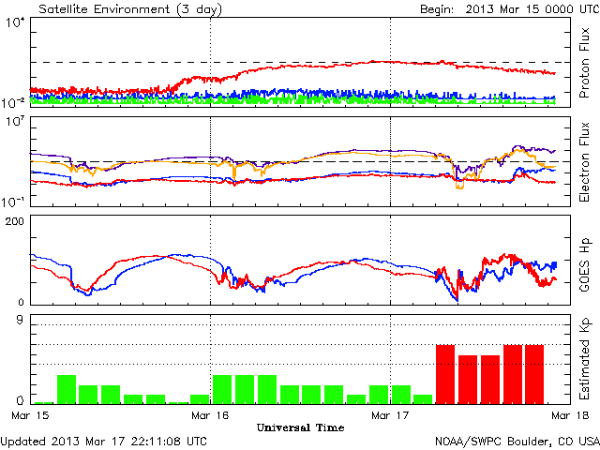 Geomagnetic storms are major disturbances of the magnetosphere that occur when the interplanetary magnetic field (IMF) turns southward and remains southward for a prolonged period of time. If the IMF points south – a condition scientists call "southward Bz", then the IMF can partially cancel Earth's magnetic field at the point of contact. Southward Bz's often herald widespread auroras, triggered by solar wind gusts or coronal mass ejections that are able to inject energy into our planet's magnetosphere. 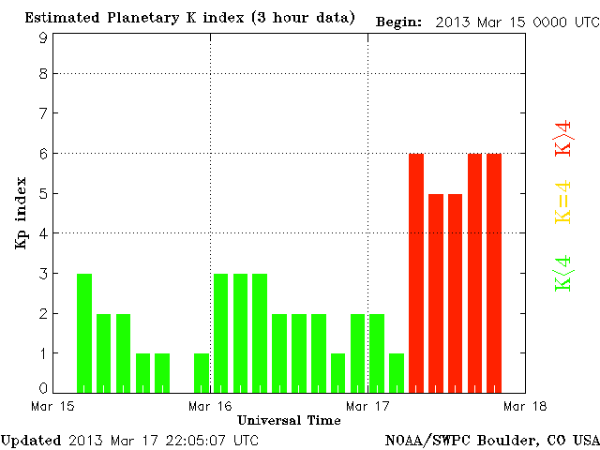 The Kp scale summarize the global level of geomagnetic activity. The NOAA G-scale was designed to correspond, in a straightforward way, to the significance of effects of geomagnetic storms. NOAA/SWPC use estimates of the planetary average Kp index to determine Geomagnetic Storm (NOAA Space Weather Scale) level, as follows:

G2 or Moderate Geomagnetic Storm can cause voltage alarms at high-latitude power systems , long-duration storms may cause transformer damage, HF radio propagation can fade at higher latitudes, and aurora could be seen as low as New York and Idaho (typically 55° geomagnetic lat.). Corrective actions to orientation may be required for satellites and spacecrafts by ground control and possible changes in drag affect orbit predictions.

The strongest on NOAA scale is G5 or Extreme Geomagnetic Storm. G5 storm can generate widespread voltage control problems and protective system problems, some grid systems may experience complete collapse or blackouts. Transformers may experience damage. Spacecraft operations may experience extensive surface charging, problems with orientation, uplink/downlink and tracking satellites. G5 storm can cause pipeline currents reaching hundreds of amps, HF (high frequency) radio propagation may be impossible in many areas for one to two days, satellite navigation may be degraded for days, low-frequency radio navigation can be out for hours, and aurora has been seen as low as Florida and southern Texas (typically 40° geomagnetic lat.). 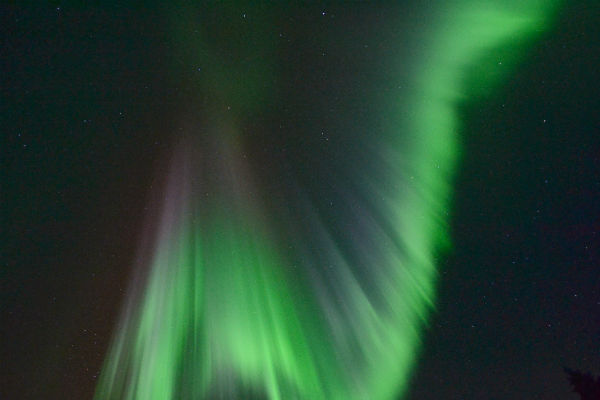 During the CME impact, solar protons can penetrate deeper into the Earth's magnetosphere and ionosphere. Regions where deeper penetration can occur includes the polar regions and South Atlantic magnetic anomaly. 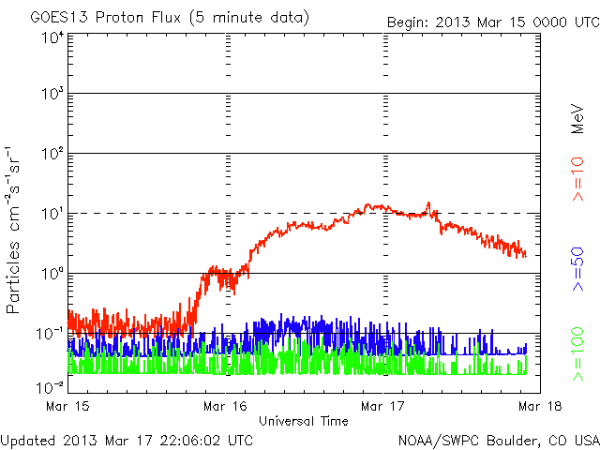 WSA-ENLIL Solar Wind Prediction model shows the latest forecast of conditions in the solar wind. The solar wind is a fast-moving stream of charged particles emanating from the Sun and moving outwards towards the Earth and planets. It shows the direction and speed of major solar eruptions known as Coronal Mass Ejections (CMEs) which can disrupt the flow of the solar wind and produce disturbances that strike the Earth known as geomagnetic storms. 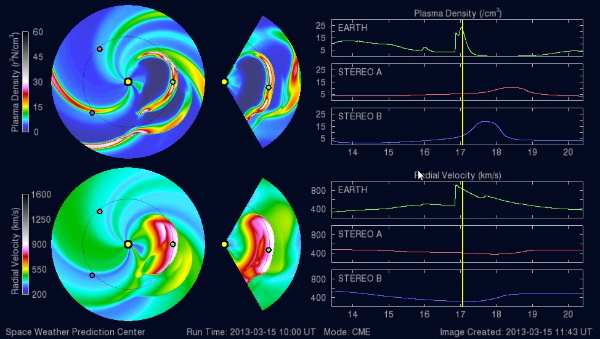 This is WSA-ENLIL model. The circular plots on the left are a view from above the North Pole of the Sun and Earth, as if looking down from above. The Sun is the yellow dot in the center and the Earth is the green dot on the right. Also shown are the locations of the two STEREO satellites. These plots often depict spiral structures, due to solar rotation. (Credit: NASA/SolarHam) CLICK ON THE IMAGE TO VIEW AN ANIMATION

You can watch solar and space weather activity in real-time in our Space Weather Station.