By the end of December 15 (local time) the storm moved toward the Los Angeles. 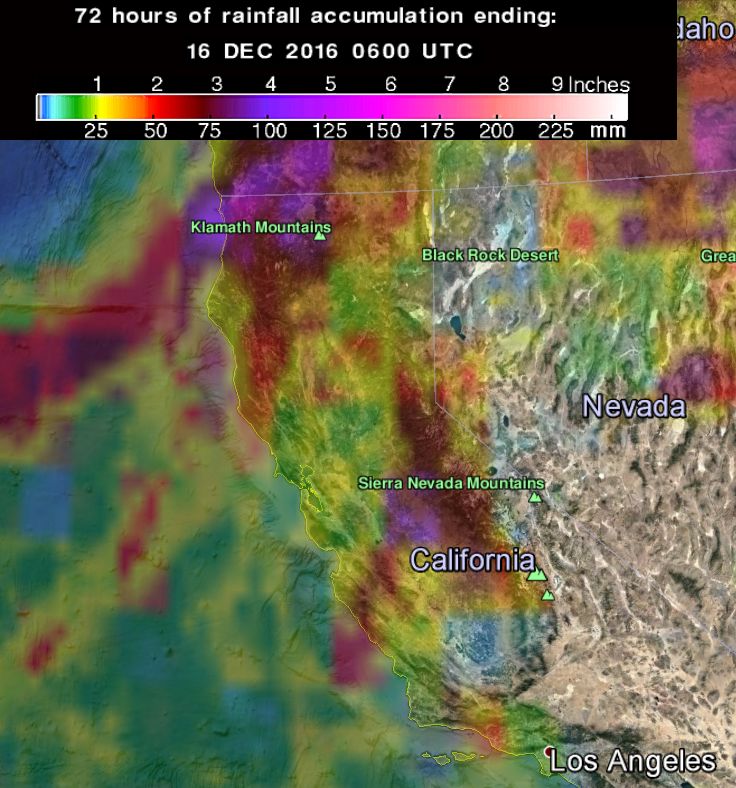 According to the National Weather Service (NWS), between 12.7 and 76.2 mm (0.5 and 3 inches) of rainfall was expected in Southern California on the morning of December 16 (local time). Flash flood warnings and watches have been issued accordingly, especially for regions of barren hillsides and mountain slopes such as those along the Central Coast.

Over 100 flights were canceled and 360 were delayed at the San Francisco International Airport. Due to a risk of mudslides and flooding, the fire station officials in Los Angeles were handing out sandbags, and residents were warned to stay off foothills and burned areas.

San Francisco already received abundant rainfalls this year. 61.7 mm (2.43 inches) of rain fell in a period of 12 days in October, an amount twice the total accumulation from 2015. According to meteorologists, that was the highest amount received in the region, in a month, in more than hundred years.