A potentially very dangerous weather system will affect eastern Spain this weekend. Regions that are likely to be most affected are Murcia and Valencia. The worst of the weather is expected on Sunday, December 18, 2016.

The system could dump as much as 300 mm (11.8 inches) of rain over the weekend which could lead to severe flooding seen in southern Spain at the beginning of the month when 2 people lost their lives.

For Saturday, December 17, Meteoalarm has issued Orange level alert for rain for Murcia, Alicante, Almeria and Valencia. The rain will be accompanied by strong winds.

Snow and ice are possible in some regions, especially in Jaen, Granada, Almeria, Albacete and Murcia. Strong waves are expected along the entire eastern coast, especially in Costa Murcia, Costa Alicante, Costa Valencia and Costa Castellon.

Residents are advised to pay attention to the approaching system and follow official warnings and updated forecasts and warnings as the event evolves. 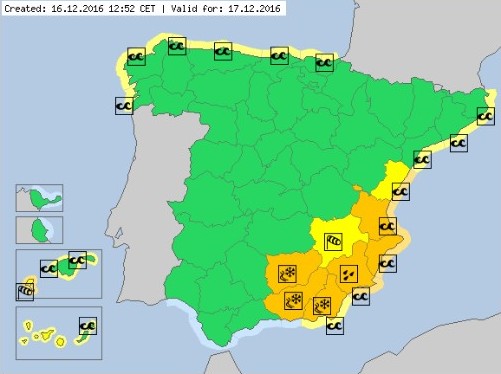 At the beginning of the month, continuous rains affected southern Spain, causing severe flooding and casualties in various coastal locations and in the larger towns of Lisbon and Malaga.

On December 4, EUMETSAT explains, two frontal systems, with moderate convective activity, as can be seen from the Meteosat-10 infrared 10.8 µm and HRV images below, were located over land at a few hundred km distance from each other, progressing towards the north east.

The combination of easterly winds in the Alboran sea (western Mediterranean) and the low pressure circulation west of Gibraltar trapped a 'river' of tropical air coming from the west, causing locally torrential downpours over that mountainous coast. 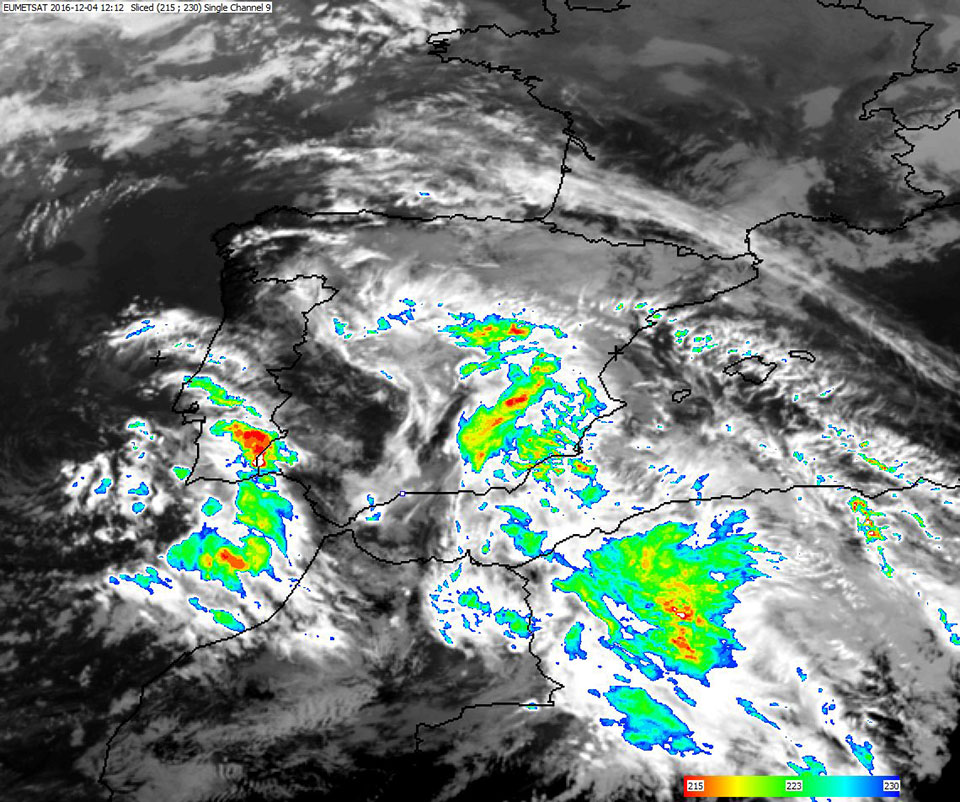 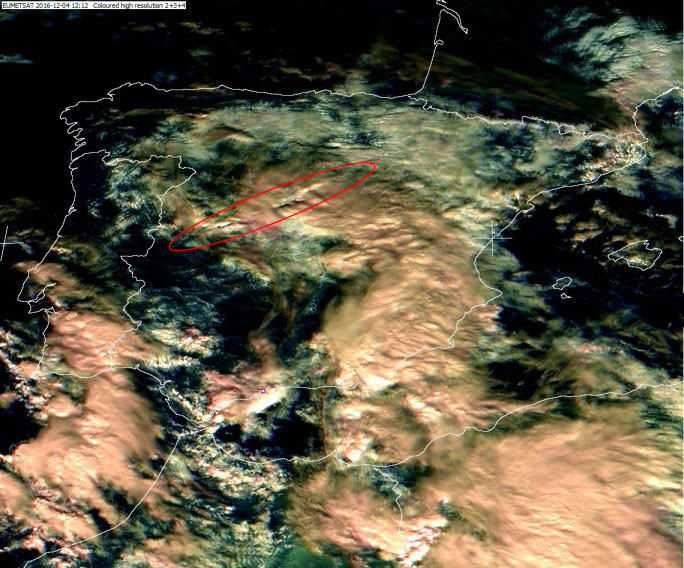 A red alert for rain, valid for December 17 and 18, was issued by Meteoalarm for Almeria. Orange alert is in effect for Murcia.

Flooding has already been reported.