Scientists at the University of Miami (UM) Rosenstiel School of Marine and Atmospheric Science discovered the large submarine landslides on the slopes of the Great Bahama Bank hold the capability of generating tsunamis and have already done so in the past.

The experts have studied the slopes of the western Great Bahama Bank using multibeam bathymetry and seismic reflection. The collected data revealed margin collapses and several kilometers long submarine landslides, the mass of which is capable of sinking up to 20 km (12 miles) into the basin and triggering the tsunamis.

“Our study calls attention to the possibility that submarine landslides can trigger tsunami waves. The short distance from the slope failures to the coastlines of Florida and Cuba makes potential tsunamis low probability but high-impact events that could be dangerous,” said Jara Schnyder, a PhD student at the UM Rosenstiel and the lead author of the study. 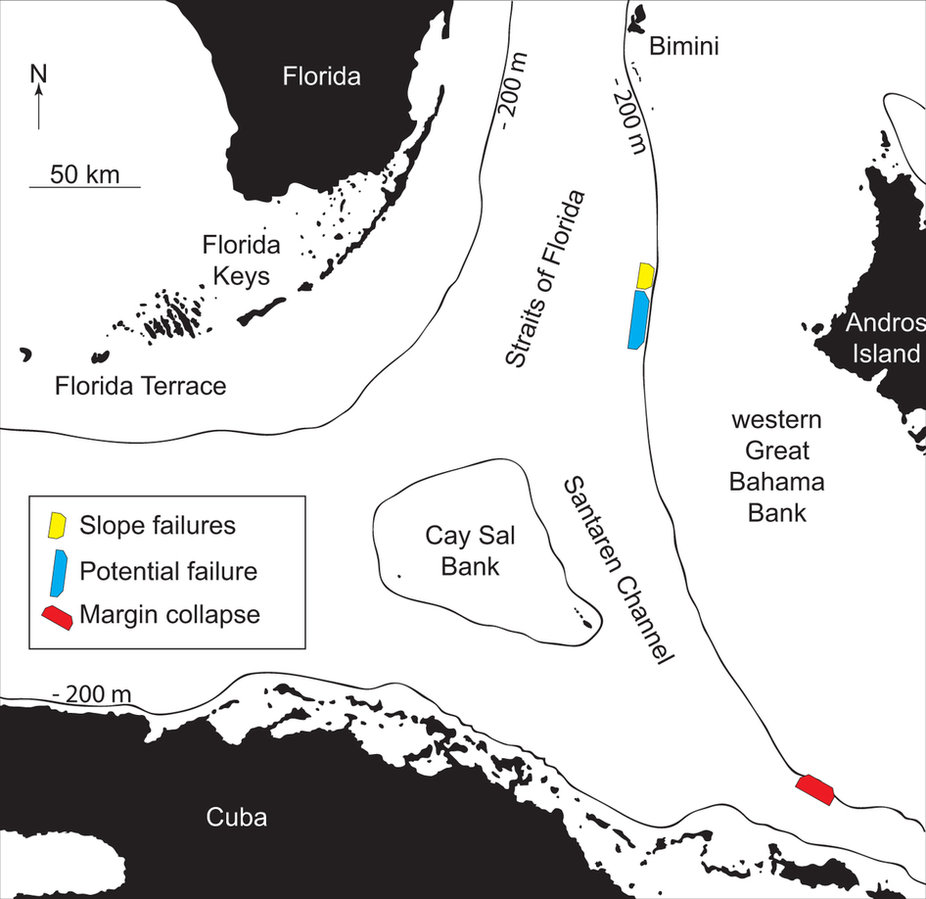 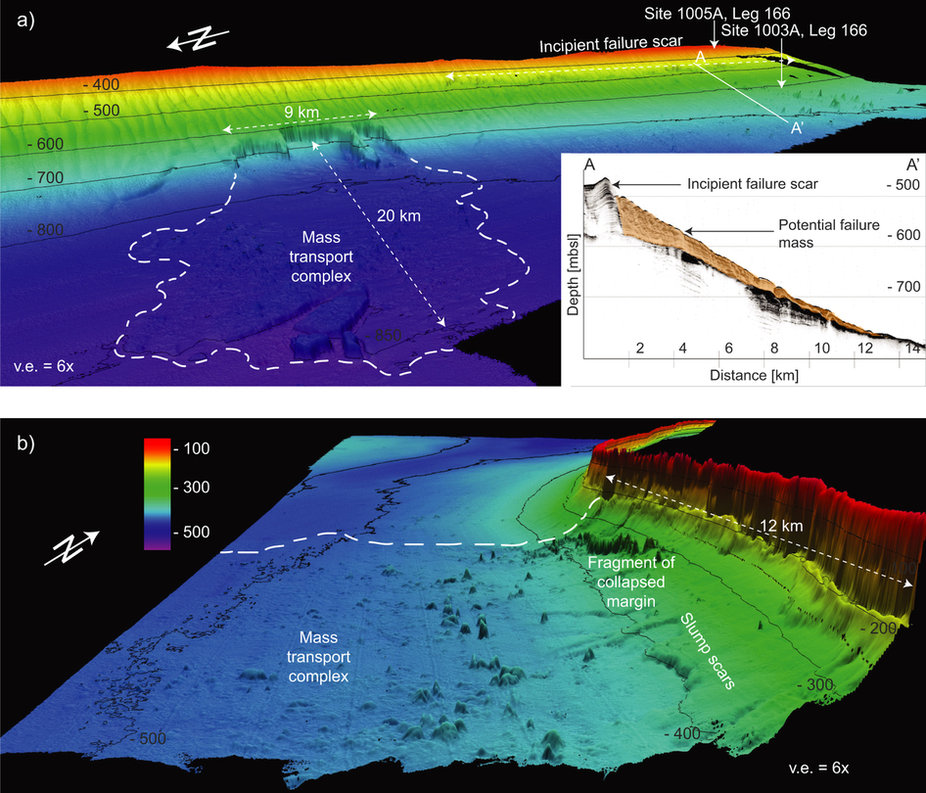 (a) Slope failures along western Great Bahama Bank. The scar visible on the lower slope and the associated mass transport complex in the basin. The smaller landslide was simulated using the extent of the middle part of the failure scar. The incipient failure scar (IFS), transect A-A’ is also visible in the subbottom profile. (b) Margin collapse and the associated mass wasting products on the southwest corner of GBB. Image credit: Eberli  & Schnyder – UM Rosenstiel School of Marine and Atmospheric Science

The study showed an incipient failure scar, almost 100 km (70 miles) long could produce a future landslide which may be induced by occasional earthquakes, occurring off the coast of Cuba.

To estimate the potential for tsunami development, the scientists performed a simulation of tsunami waves for different possible submarine landslides that could happen off the Great Bahama Bank. According to simulation results, such landslides and margin collapses could, indeed, trigger dangerous currents in the ocean and even a several meter high tsunami along the east coast of Florida and northern Cuba.

“Residents in these areas should be aware that tsunamis do not necessarily have to be created by large earthquakes, but can also be generated by submarine landslides that can be triggered by smaller earthquakes,” emphasized Gregor Eberli, a UM Rosenstiel School Professor of Marine Geosciences and a senior author of the study.