The USGS scientists in collaboration with their colleagues from Boise State University and the Alaska Department of Fish and Game finally managed to unravel the cause of a massive tsunami that destroyed Valdez, Seward and Whittier towns in Alaska in 1964.

A series of destructive tsunami waves swept the area after the 1964 M9.2 Great Alaska Earthquake hit the area. Tsunami hit the Chenega village in Prince William Sound and completely destroyed the area. All but two buildings were wiped out, and 23 out of 75 residents were killed. 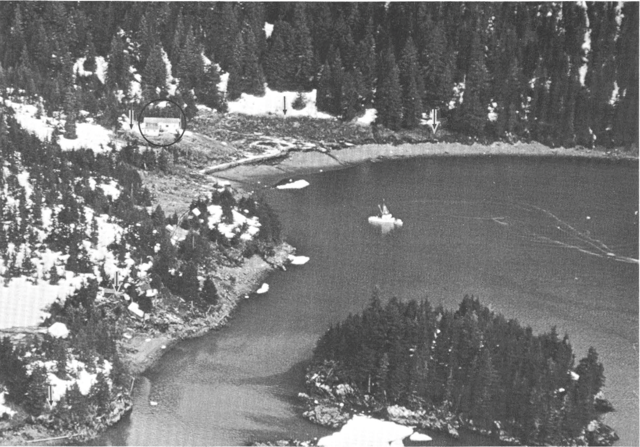 Aerial view of the Chenega village site at the head of Chenega Cove. Lower limits of snow, as shown by arrows, indicate the approximate limits of wave runup; the schoolhouse is circled. Photograph taken March 29, 1964. Image credit: USGS 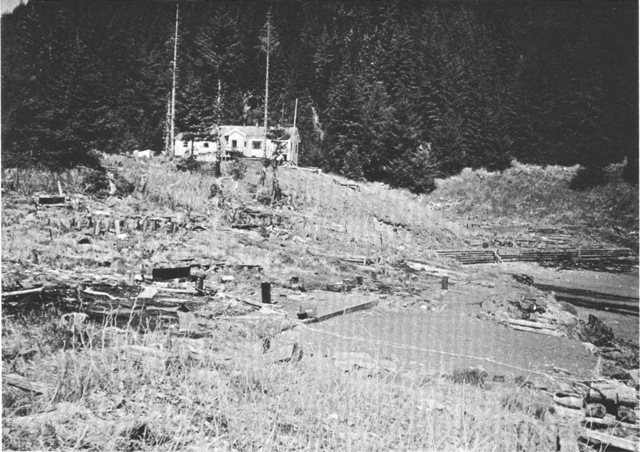 Main part of the Chenega village site at the head of Chenega Cove, Alaska. Piling in ground marks the former locations of homes that were swept away by waves. Schoolhouse on high ground was undamaged. Photograph taken 1964. Image credit: USGS

50 years after the event, the advancement in underwater acoustics mapping technology enabled the scientist to reveal what exactly happened. A large set of underwater landslides triggered by the earthquake have caused the lethal tsunami series.

When the Alaska's south coast was first mapped in 1964 shortly after the earthquake, the experts speculated the underlying cause for the tsunami might be a submarine landslide.

"A bathymetric survey at the time, which only imaged relatively shallow seafloor, down to 180 meters (330 feet) deep, did not reveal evidence of a landslide in nearby Dangerous Passage or the other waterways around Chenega. Alternate explanations involving seafloor movement during the earthquake did not fit the timing and severity of the Chenega tsunami as described by eyewitnesses," explained Daniel Brothers, USGS geophysicist and lead author of the study. 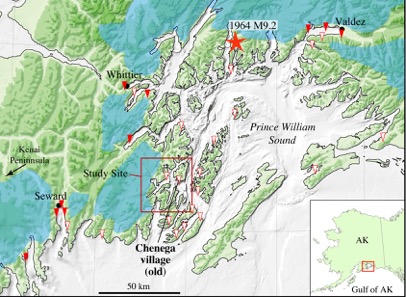 In the light of new research, the team used multibeam sonar technology to collect high-resolution bathymetric and a single-channel seismic reflection system to collect the data on seafloor depth and sub-bottom profiles of the area, in much deeper water than in 1964.

"What makes this slide unusual is that much of the material that slid was at a water depth of 250 to 350 meters (820 to 1150 feet). The deeper initiation depth made it particularly good at generating a tsunami," said Peter Haeussler, USGS geologist and a coauthor of the report.

The experts deduced it would take between three and four minutes for a tsunami triggered by a large landslide in the mapped areas to reach the village of Chenega, and managed to get a good fit with eyewitness reports.

"It is exciting to see the technology evolve so we can now get high-resolution images of the seafloor that we could not back then and to pinpoint the most likely source for the waves. After 50 years, this new work confirms our original inference that it was probably landslide-generated waves that devastated Chenega so many years ago, but we had no adequate submarine data to define either the size or location of the landslide sources," said USGS geologist emeritus George Plafker who, with colleague Larry Mayo, was one of the first responders and wrote some of the on surface effects of the Chenega waves in 1965. 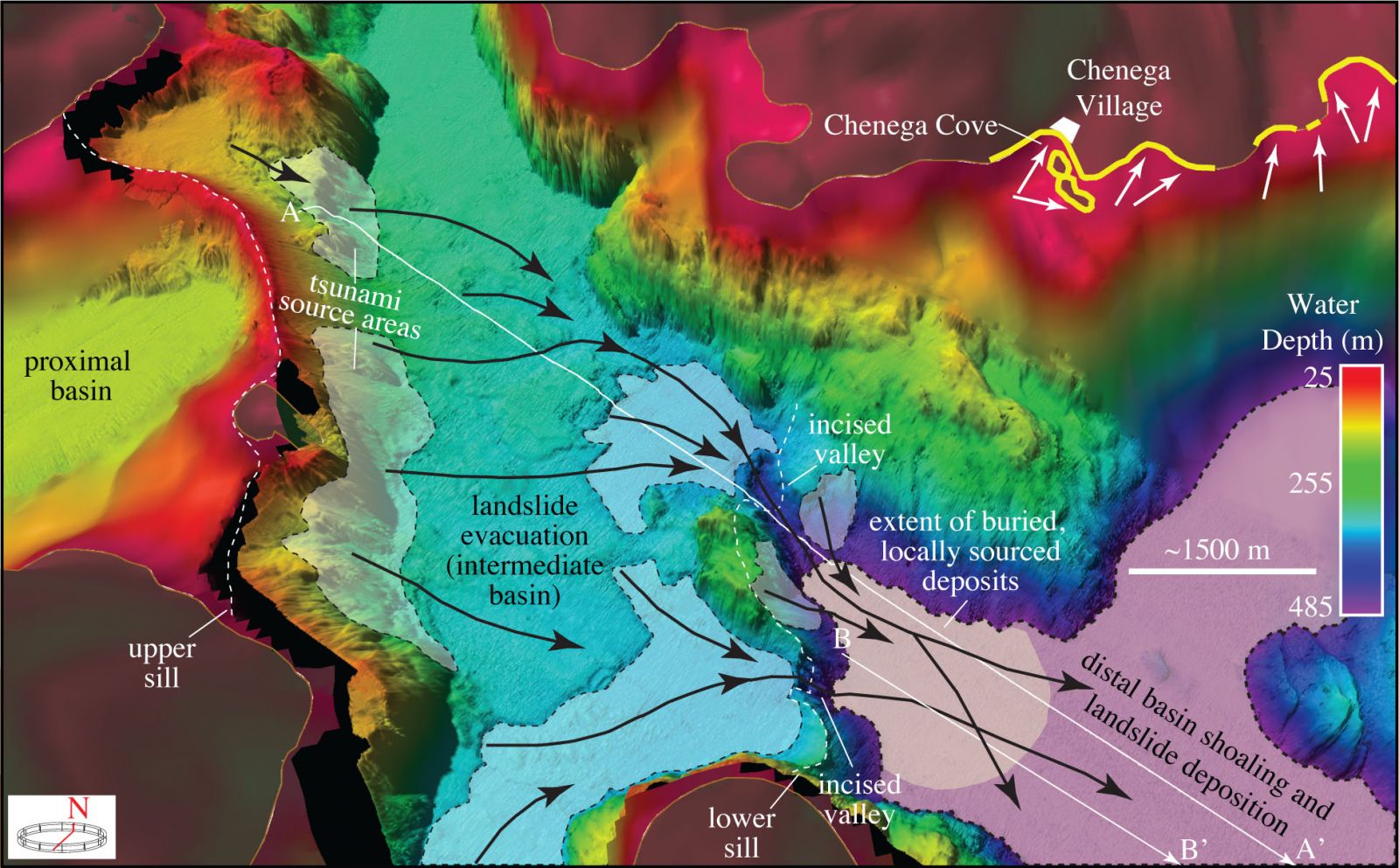 The new multibeam data revealed three sedimentary basins at progressively deeper levels toward the open waters of Prince William Sound. The basins were originally carved by descending glaciers when sea level was lower. When the sea level rose, and the glaciers retreated after the last ice age, the basins filled with eroded sediment washed off the land and carved the basins.

The basins are separated by sills, likely terminal glacial moraines, and bounded by steep, rugged slopes. Details of the underwater terrain include scarps, blocks, hummocky surfaces and other features typical of landslides. Similarly, the sub-bottom seismic profiles show that the basins are filled with fine-grained sediment, with layers disrupted in ways that indicate multiple landslides.

The new, detailed seafloor images are used not only to resolve the old tsunami mystery but also to underscore the tsunami hazard that submarine landslides can pose in fjords across the globe in regions where communities and ports are commonly located.

Featured image: Main part of the Chenega village site at the head of Chenega Cove, Alaska. Piling in ground marks the former locations of homes that were swept away by waves. Schoolhouse on high ground was undamaged. Photograph taken 1964. Image credit: USGS