Snowstorm in Western US 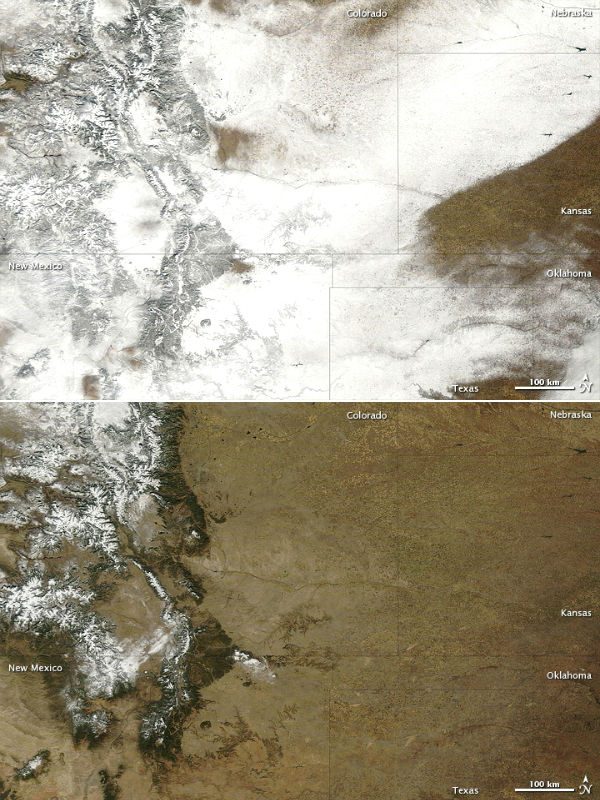 In late November, snow cover is largely confined to the Rocky Mountains. Nine days later, snow cover spreads eastward across the plains to Nebraska. Snow also blankets northern New Mexico, and parts of Texas and Oklahoma. The snow in this region resulted from a larger storm system that extended to the Great Lakes region, Reuters reported. The system brought some of the first significant snowfall of the season to the central United States. (EarthObservatory)