A strong earthquake of 6.1 grades affected some localities on the north of Chile and caused panic among the inhabitants. The local newspapers informed that a lot of people where in the shopping malls and escaped asap to open places, thinking that it was a stronger earthquake. 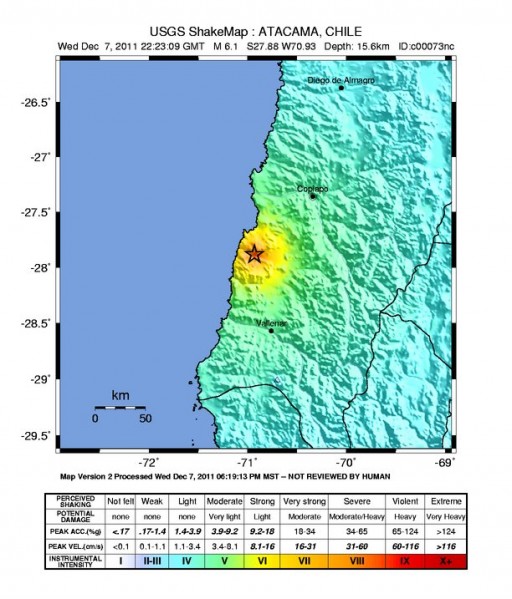 The epicenter (if confirmed) is below a very sparsely populated area (USGS data). Only a few villages are located in the direct epicenter area and are at risk during this earthquake.  Locations like Huasco, Copiapo and Caldera will have felt the shaking. USGS PAGER issued yellow alert for this event. (Yellow alert level for economic losses. Some damage is possible and the impact should be relatively localized. Estimated economic losses are less than 1% of GDP of Chile. Past events with this alert level have required a local or regional level response.) 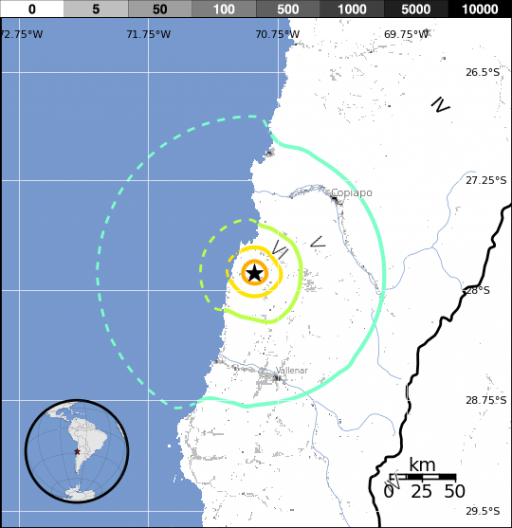