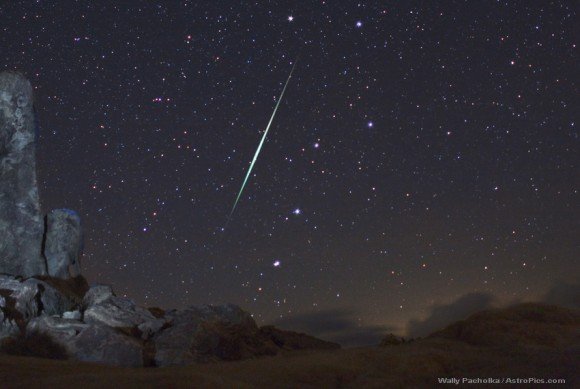 The Geminids start appearing on Dec. 7 and should reach peak activity around the 13th and 14th. Up to 100  meteors per hour could be visible under good viewing conditions. But the presence of an 82% illuminated waning gibbous Moon from mid-evening until morning could ruin the Geminid meteor shower spectacle for sky watchers although seeing meteors every few minutes is quite possible. Geminid meteors are often slow and bright with persistent coloured trails which can linger for a while after the meteor has burned up. The Geminids have a long peak centered on the morning of December 14th when an idealized Zenithal Hourly Rate (ZHR) of up to 120 meteors per hour may be seen. 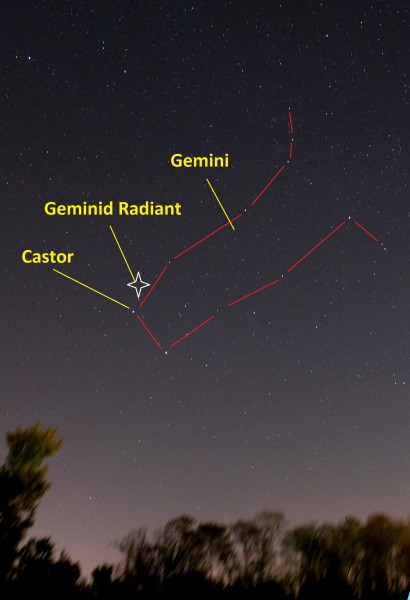 Rocky asteroid Phaethon 3200 creates specific stream of debris of Geminid meteor shower which is different from usual meteor showers caused by Earth ploughing through the debris streams created by tails of dusty icy comets. Phaethon 3200 belongs to a group of asteroids whose orbit cross the Earth’s. Phaethon 3200 is passing closer to the Sun than the others and it also has a different colour, suggesting a different composition to most asteroids. Geminid particles  are more solid than meteoroids known to come from comets which results with brighter meteors. 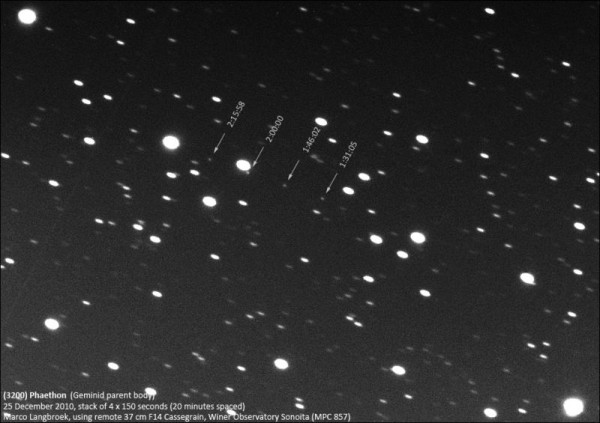 Observations by astronomers over decades have shown that meteor rates have increased as we reach denser parts of the stream. It is not known exactly when the asteroid was deflected into its current orbit, but if it was originally a comet it would have taken a long time for all the ices to have been lost. Or it is possible that it may have been a stony asteroid with pockets of ice.

The origins and appearance of Phaethon 3200 is still a mystery but its orbit has left us with a unique legacy every December, with little steaks of light known as the Geminid meteor shower. 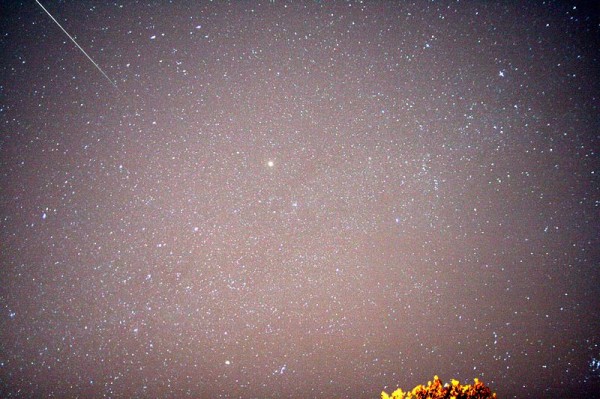 How to watch the meteor shower

You do not need telescopes binoculars to watch the Geminid meteor shower , but you will need to be patient and comfortable due thw Moon conditions. During a meteor shower, meteors originate from a point in the sky called the radiant and this gives rise to the showers name – The Geminids radiant is in Gemini, Perseids radiant is in Perseus etc.

Don’t be mislead by thinking you have to look in a particular part of or direction of the sky, as meteors will appear anywhere and will do so at random. If you trace back their path or trajectory it will bring you to the meteor showers radiant. The exception to this rule is when you see a sporadic or rogue meteor.

Peak of Geminid meteorwatch is on the 12th to the 14th December 2011. Visit meteorwatch.org for tips and guides on how to see and enjoy the Geminids and other meteor showers. (UniverseToday)