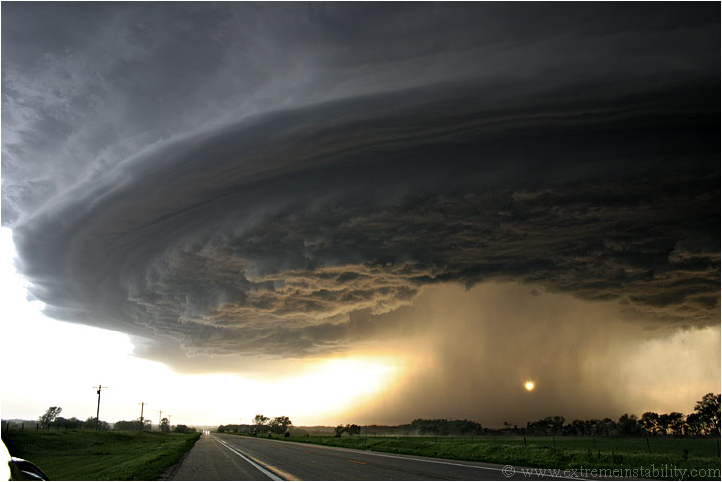 Scientists say it's a global warming thing. We might disagree – but they admit it will get worse.

A record number of costly weather events — from floods and droughts to tornadoes — ravaged the United States in 2011, federal scientists said on Wednesday and continued that the unprecedented number of disasters may not be an aberration.

"We have good reason to believe that what happened this year is not an anomaly, but instead is a harbinger of what is to come."

In its report NOAA noted a number of records set, including the Texas drought, which was the most intense this summer in 117 years of records, and the 199 tornadoes on April 27, which were the most on record for any single day in the United States.

Federal officials attributed the increase in disasters and their costs to several factors, including a larger population, more people with insured property living in vulnerable areas such as coastlines, and a warming climate. "Extreme weather and associated societal impacts have increased in recent years," said Jack Hayes, director of the National Weather Service. "With our changing climate the nation must be prepared for more frequent extreme weather."

The Nobel Prize winning Intergovernmental Panel on Climate Change issued a special report on global warming and extreme weather last month. This is the first time the group of scientists has focused on the dangers of extreme weather events such as heat waves, floods, droughts and storms. Those are more dangerous than gradual increases in the world's average temperature.

Report predicts that heat waves that are now once-in-a-generation events will become hotter and happen once every five years by mid-century and every other year by the end of the century. And in some places, such as most of Latin America, Africa and a good chunk of Asia, they will likely become yearly backings.

The report also said world leaders have to prepare better for weather extremes.