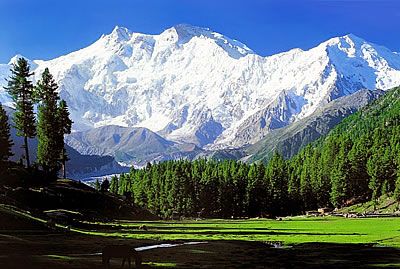 Roger Bilham, professor of geological sciences on the University of Colorado at Boulder warns that possible magnitude 9 megaquake, combined with hotspot of potential conflict, could unleash nightmare scenario in the troubled Kashmir region of the Indian subcontinent.

Worse still, Bilham fears that such a major quake is likely to trigger landslides that could dam the Jhelum River, which drains from the Indian-controlled Kashmir Valley into Pakistan. That could put the Kashmir Valley under water within three months – and would also threaten disastrous flooding in Pakistan if the waters were released too quickly.

His new estimate of the largest quake possible in Kashmir comes from 8 years of readings from GPS sensors placed in areas under both Indian and Pakistani control. The work was made possible only thanks to collaboration with both nations, which are in a tense military stand-off over the contested territory. 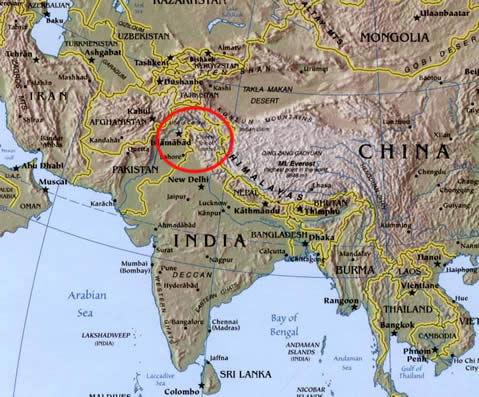 In this region, the Indian plate is slowly burrowing under the Tibetan plateau. Bilham was looking for where the relative movement of the Tibetan plateau was slowest, as this indicates where compression is building up, and a rupture is eventually likely to occur. He had expected this to be in the Pir Panjal Range, to the south of the Kashmir Valley, but instead it was in the Zanskar Range to the north.

This means that the zone likely to rupture when a quake eventually happens could be 200 kilometres wide, rather than about 80 kilometres, as was previously thought. The zone would encompass the Kashmir Valley – including the city of Srinagar, home to some 1.5 million people. If slippage occurs over a length of 300 kilometres, as is possible, a megaquake of magnitude 9 is the likely result. Given building codes and population in the region, that could mean a death toll of 300,000 people. What Bilham can’t predict from his GPS results is when such a disaster might happen.

Bilham points out that seismologists have been caught out by recent megaquakes, including the magnitude 9 Tōhoku quake that hit Japan in March, by basing their estimates on historical patterns, rather than physical measurements.

The state was hit by a 7.6 intensity quake in 2005, with epicenter around Muzaffarabad in Pakistani Kashmir, killing over 100,000 people.

G.M. Bhat of Jammu University, who has undertaken extensive study in seismology, said: “Rough calculations indicate that ‘Great Earthquake’ happen every 500 years. The records show the last one occurred in 1555 in the Kashmir seismic gap of the Himalayan range.”

Bilham has also mentioned in his study that the last “great earthquake” occurred in the Kashmir gap in 1555 and before the next one, a smaller earthquake of 7.6 intensity rocked this gap (in 2005).

“Studying this pattern we can say that a ‘great earthquake’ can rock Kashmir by or before 2055,”  Bhat said. 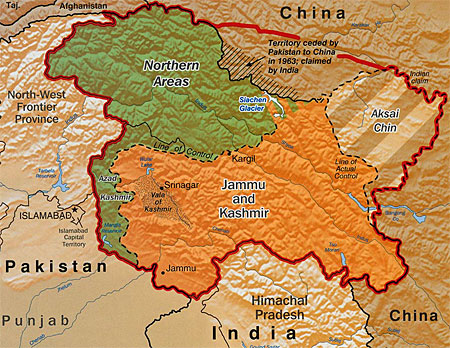 The Himalayan zone is divided into three seismic gaps – Kashmir, Central and Assam. Jammu and Kashmir, Himachal Pradesh and Uttrakhand fall under Kashmir gap that falls in the highest risk zone.

Bhat said that during the earthquake in 2005, only one-tenth of the elastic energy under the earth was released. “As nine-tenth energy is still held inside, the ‘Great Earthquake’ can happen before 2055.”