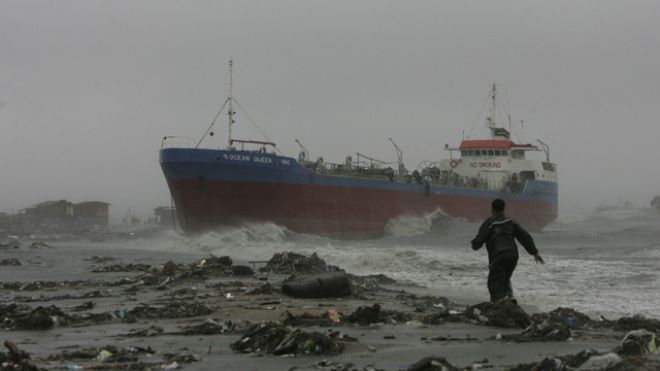 At least seven people were killed when a typhoon hit the Philippine capital of Manila on Tuesday. Typhoon winds and rains isolated the historic old city, and residents waded in waist-deep waters, dodging tree branches and debris.

Authorities ordered more than 100,000 people across the country to shelter from Typhoon Nesat’s rains and wind gusts of up to 106 miles per hour. Schools and offices were shuttered, and thousands were stranded by grounded flights and ferries kept in ports.

The typhoon made landfall before dawn over eastern mountainous provinces of Isabela and Aurora, which face the Pacific Ocean, then headed inland through farmlands north of Manila, the government weather bureau said. It was packing sustained winds of 87 mph.

An Associated Press photographer said soldiers and police in trucks were moving thousands of residents, mostly women and children, from the Baseco shanty facing Manila port after many houses were washed away. Male family members were reluctant to leave saying they wanted to guard their property.

Residents in one neighborhood of Quezon City, a Manila suburb, were fleeing their homes due to rising water from the nearby San Mateo River, radio reported.

In the financial district of Makati, a billboard fell on two cars and a bus, causing injuries.

With its immense 400-mile cloud band, the typhoon threatened to foul weather across the entire main island of Luzon as it moves across the Philippines toward the South China Sea late Wednesday or early Thursday toward southern China.

Heavy downpours and winds prompted the closure of government offices, schools and universities in the capital, while scores of domestic flights were canceled and inter-island ferries grounded, stranding thousands. The Philippine Stock Exchange and U.S. Embassy were also closed Tuesday. Waters at the gates of the embassy compound, which is located along Manila Bay, reached chest-deep.

A tornado in Isabela’s Maconancon town ripped off the roofs of at least five houses, injuring two people, police said.

Power was cut in many parts of Luzon, including in Manila, where hospitals, hotels and emergency services used generators. Tree branches and torn tarpaulins littered the flooded streets. Traffic was light as most people stayed indoors.

About 112,000 people were ordered to leave their homes in five towns prone to flash floods and landslides in central Albay province. By Monday, more than 50,000 had moved to government-run evacuation centers and relatives’ homes, officials said.

“We can’t manage typhoons, but we can manage their effects,” Albay Gov. Joey Salceda said.

Authorities were monitoring farming communities at the base of Mayon volcano in Albay, about 212 miles southeast of Manila.

Tons of ash have been deposited on Mayon’s slopes by past eruptions, and mudslides caused by a typhoon in 2006 buried entire villages, leaving about 1,600 people dead and missing.

The typhoon bore down on the Philippines exactly two years after nearly 500 people died in the worst flooding in decades in Manila, a city of 12 million, when a tropical storm hit.

Nesat is the 16th cyclone to lash the Philippines this year. The geography of the archipelago makes it a welcome mat for about 20 storms and typhoons forming in the Pacific each year. 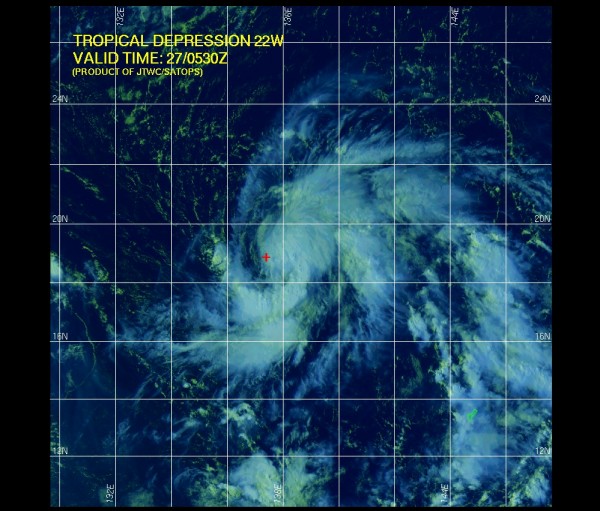