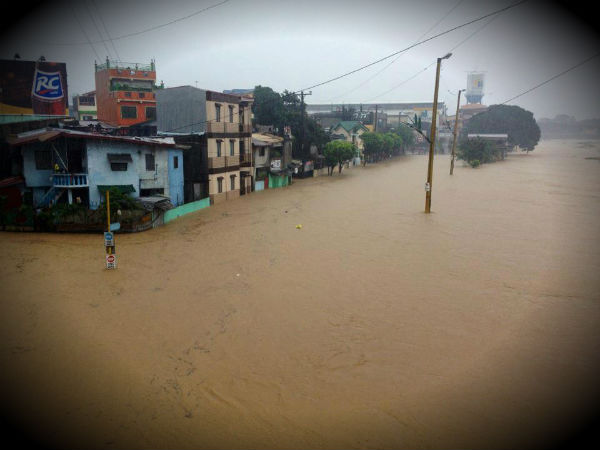 Manila is experiencing the worst flooding since Typhoon Ketsana (2009) which devastated Manila and killed over 400 people throughout the country. Over the past two weeks, a combination of the southwest monsoon and tropical cyclones passing in the vicinity of the northern Philippines has resulted in massive flooding in and around the Philippine capital.

The National Disaster Risk Reduction and Management Council (NDRRMC) reported that 2.11 million persons have been affected by the southwest monsoon. NDRRMC said 580,445 people have been evacuated and 314,795 residents are now inside 630 evacuation centers in Metro Manila, Central Luzon, and Laguna. Some 3,035 houses were damaged in Ilocos, Central Luzon, Calabarzon, Mimaropa and Western Visayas. The death toll from heavy rains and floods spawned by the southwest monsoon rose to 43 yesterday. 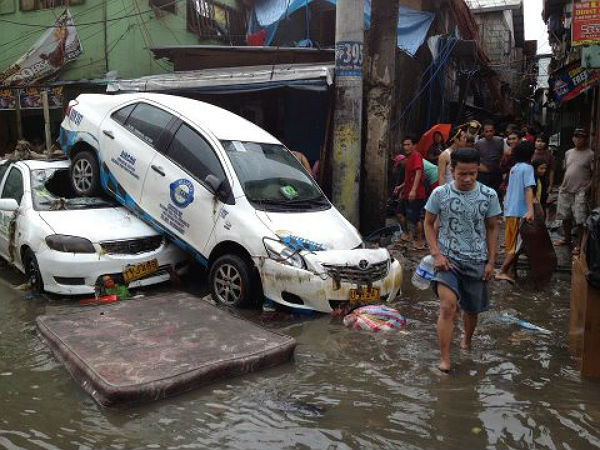 80% of Manila was covered in water that in some parts were nearly two meters deep, after more than a normal month’s worth of rain was dumped on the city in 48 hours.

Damage to the agricultural sector by Typhoon Saola (Gener) and the continuous rains brought by the southwest monsoon in the past days had reached P167.90 million, covering production losses in rice, corn, high value crops, livestock, fisheries and farm infrastructure, according to the latest report by the Department of Agriculture (DA).

The Provincial Disaster Risk Reduction Management Office of Bulacan reported that 21 houses along the riverbanks were destroyed by the powerful current of the swollen Angat River in Pulilan, Bulacan last Wednesday afternoon. 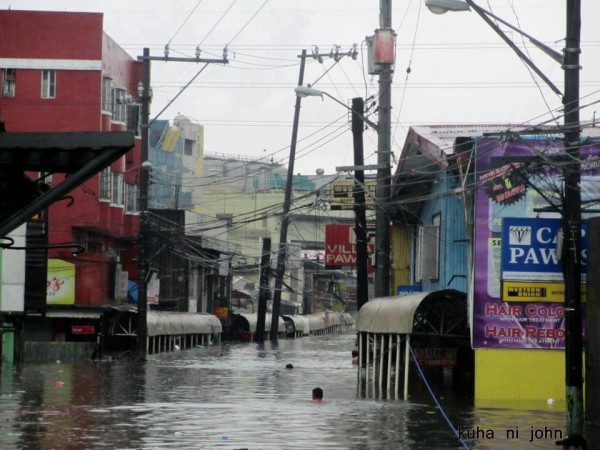 An expert said the deadly floods that swamped Metro Manila are less a natural disaster and more the result of poor planning, lax enforcement and political self-interest. Damaged watersheds, massive squatter colonies living in danger zones and the neglect of drainage systems are some of the factors that have made the chaotic city of 15 million people much more vulnerable to enormous floods. Squatters, attracted by economic opportunities in the city, often build shanties on riverbanks, storm drains and canals, dumping garbage and impeding the flow of waterways. 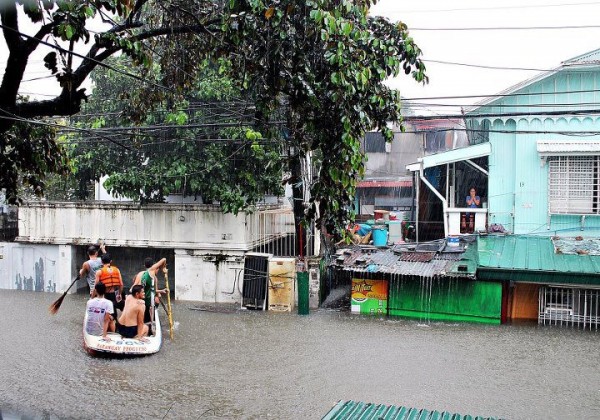 The floodwaters that hit Marikina City this week not only destroyed millions in property but also left behind tons of garbage. Residents who returned to their homes yesterday were greeted with piles of garbage in the streets.

The current flooding began at the end of July with the passing of Typhoon Saola (Gener) northeast of Luzon. Although the center of Saola made landfall in northern Taiwan and passed well to the east of Luzon, the storm’s cyclonic circulation enhanced the southwest monsoon, bringing heavy rains to the Philippines as warm, moist air brought in by strong southwesterly winds surged across the islands. Initial estimates put the death toll at 12 fatalities due to flooding and landslides. 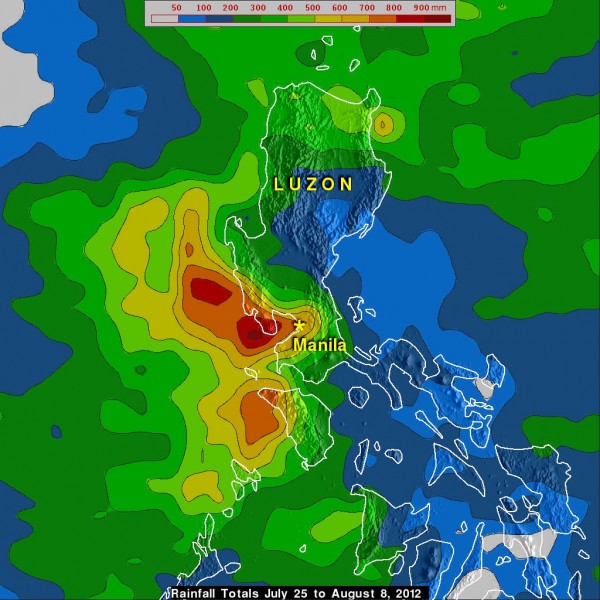 After the passage of Saola, the monsoon continued to bring rain to the region. The southwest monsoon over the Philippines is part of the East Asian monsoon, a large-scale circulation induced by the contrast in heating between land and ocean. As the Asian landmass heats up in the northern hemisphere summer, air begins to rise over the continent forming low pressure. The surrounding oceans, which heat up much less, appear relatively cool, setting up a giant sea breeze where cool moist air flows off the ocean towards lower pressure over the continent. As a result, southwest winds flow around IndoChina and over the South China Sea on their way to southern China, picking up moisture along the way.

A week after Saola passed north of the Philippines, another tropical cyclone, Haikui, began passing north of the islands and the effects were again repeated. Like a, Haikui formed in the Philippine Sea and passed near northern Taiwan. As with Saola, southerly flow around the back side of the cyclone boosted the monsoon flow into the northern Philippines, bringing yet another round of heavy rains to the already water-soaked island of Luzon. During one 24-hour period, nearly 20 inches of rain were reported around Manila. The effects have been devastating with much of the city flooded. So far over 2 million people have been affected by the flooding. The combined death toll stands at 49 with several persons still missing. 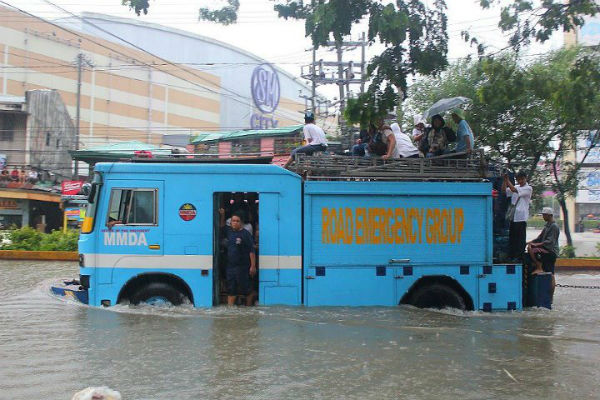 Light to Moderate rainfall (1.0-7.0 mm/hr) are observed for the past 2 hours.
With this development, all Rainfall Warnings are now TERMINATED.

The Southwest Monsoon (HABAGAT) will continue to bring moderate occasional to frequent rains over Luzon particularly along the Provinces of Ilocos, La Union, Pangasinan, Zambales, Pampanga, Bataan and Bulacan today with gradual improvement of weather condition tomorrow and to the weekend…

Threats of flashfloods and floods in low-lying areas and landslides in mountainous areas as well as lahar flows over Pinatubo will gradually decrease. Residents living in those areas are still warned against the danger of these hazards that may occur.

The Southeast Asian archipelago endures about 20 major storms or typhoons each rainy season, many of which are deadly.