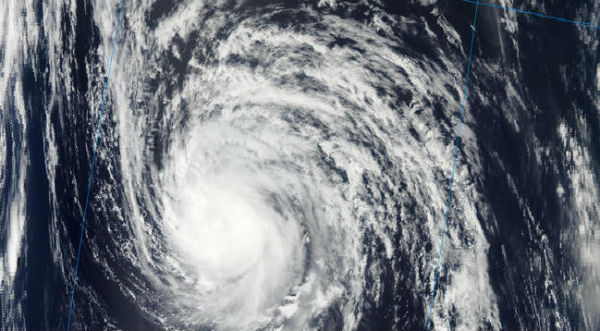 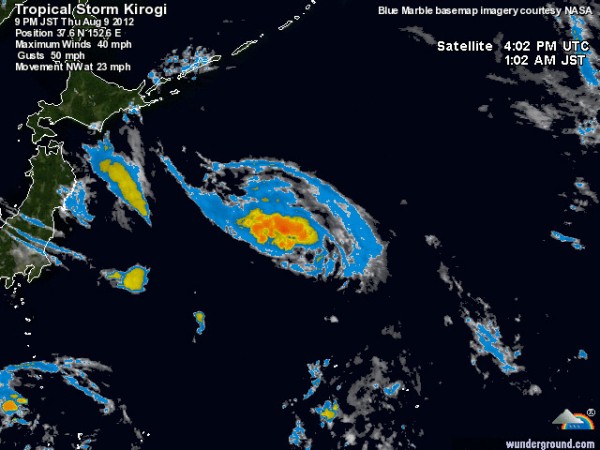 Kirogi still maintains a warm-core structure. As the system tracks increasingly faster to the northwest, and the steering subtropical ridge (STR) re-orientates to a highly amplified north-south axis, the LLCC has become positioned under the newly formed ridge axis. This is allowing for weak (05-10 knots) vertical wind shear and noticeably improved upper-level divergence. 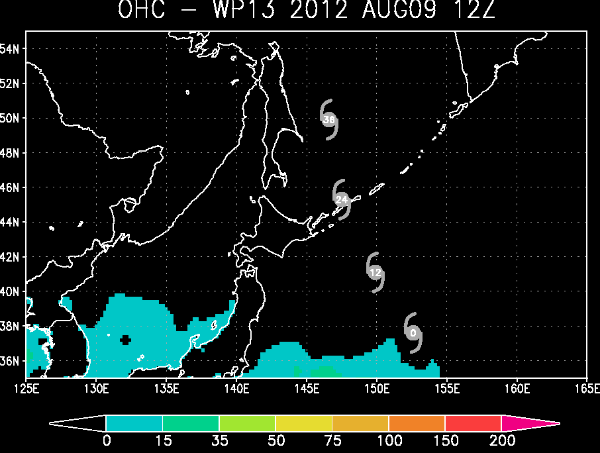 Additionally, the total precipitable water loop indicates an influx of tropical moisture from the upper-level troughing associated with the subtropical jet and a surface low east of Japan.

NASA’s Aqua satellite passed over Tropical Storm Kirogi on August 9 at 02:41 UTC. The Atmospheric Infrared Sounder (AIRS) instrument captured an infrared image of the cloud temperatures that showed a concentrated area of strongest storms and heaviest rainfall west of the center of circulation. Vertical wind shear is currently at 10-15 knots, which is helping to prevent the storm from intensifying. The center of circulation also appears elongated from northwest to southeast in satellite imagery, which is a sign the storm is weakening. Whenever a tropical storm’s center cannot “stack up” in the atmosphere, it begins to weaken.

The sea surface temperatures in the direction that Kirogi is moving are too cool to maintain a tropical cyclone. Kirogi is forecast to track over sea surface temperatures cooler than 25 Celsius once it nears 38 degrees north later on August 9, which will weaken the storm. The forecasters at the Joint Typhoon Warning Center note that the cooler waters will also help transform Kirogi’s warm core to a cold core, making the storm into an extra-tropical one as it heads toward the two southernmost Kuril Islands. 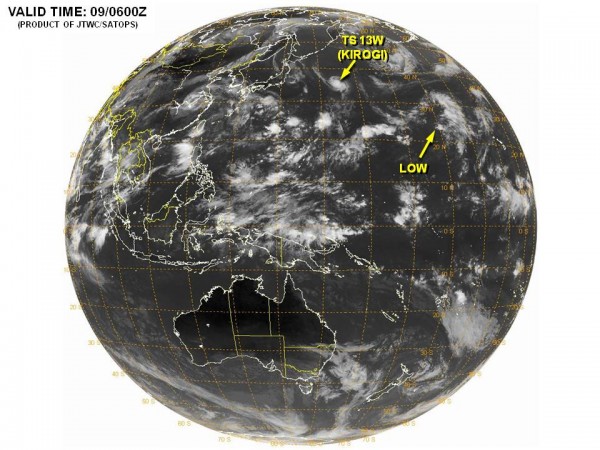