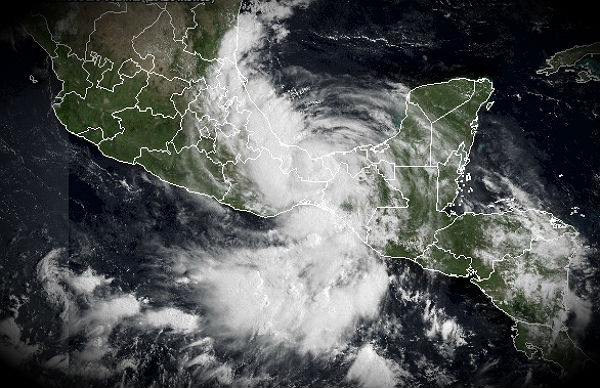 Ernesto brought strong winds and heavy rains to the southern portion of the Yucatan as it moved inland during the early morning hours on Wednesday, August 8th. Later on Wednesday Ernesto was downgraded to a tropical storm. Cancun, a major tourist destination, about 180 miles northeast of Costa Maya was not significantly impacted by Ernesto. 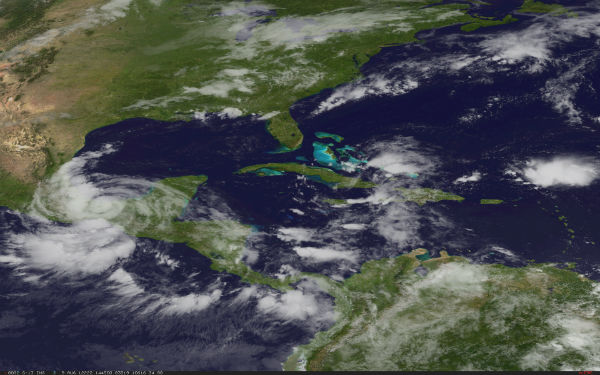 According to latest public advisory issued by US national Hurricane Center (NHC), the center of Tropical Storm Ernesto was located near latitude 18.3N and longitude 94.0W, about 65 km (40 miles) east-northeast of Coatzalcos, Mexico. Ernesto is moving west-southwestward at speed of 20 km/h (13mph). A west-southwestward motion over land with some decrease in forward speed is expected to continue during the next day or two.

Maximum sustained winds are near 110 km/h (70mph) with higher gusts. Tropical-storm-force winds extend outward up to 220 km (140 miles) from the center. Since Ernesto is expected to move over land shortly, weakening is anticipated.  Estimated minimum pressure is 993MB. 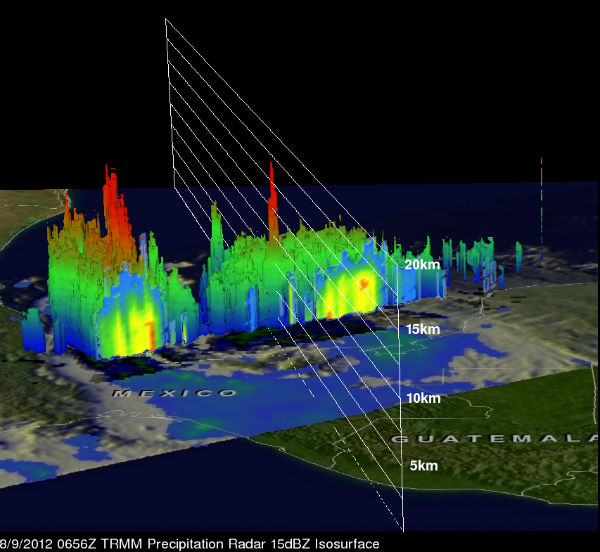 Ernesto is expected to produce total rainfall accumulations of 5 to 10 inches with isolated maximum amounts of 15 inches over the Mexican states of Veracruz, Tabasco, Puebla and Oaxaca through Friday. These rains may produce life-threatening flash floods and mudslides over areas of higher terrain.

Ernesto is expected to produce additional rain accumulations of 1 to 2 inches over northern Guatemala and the southeastern Yucatan peninsula through the day.

A storm surge of 1 to 3 feet above normal tide levels is likely in areas of onshore winds in the warning area along the Gulf Coast of Mexico.

Satellite imagery and radar data from Mexico has shown a significant increase in deep convection and improved organization of the thunderstorm activity associated with Ernesto overnight.

Ernesto appears to have about six hours or so over the extreme southern Bay of Campeche in which to intensify. The official forecast calls for the cyclone to regain hurricane strength before landfall. After landfall Ernesto should rapidly weaken and dissipate over the high terrain of Mexico.

Showers and thunderstorm associated with a low pressure system located about 1050 miles west of the southern Cape Verde Islands continue to show little change in organization. Upper-level winds appear conducive for further development and a tropical depression could form over the next couple of days. This system has a high 70% chance of becoming a tropical cyclone during the next 48 hours as it moves westward at about 25 km/h (15mph). 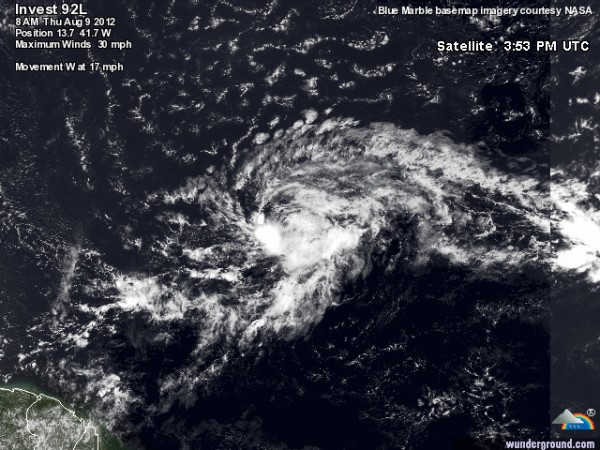