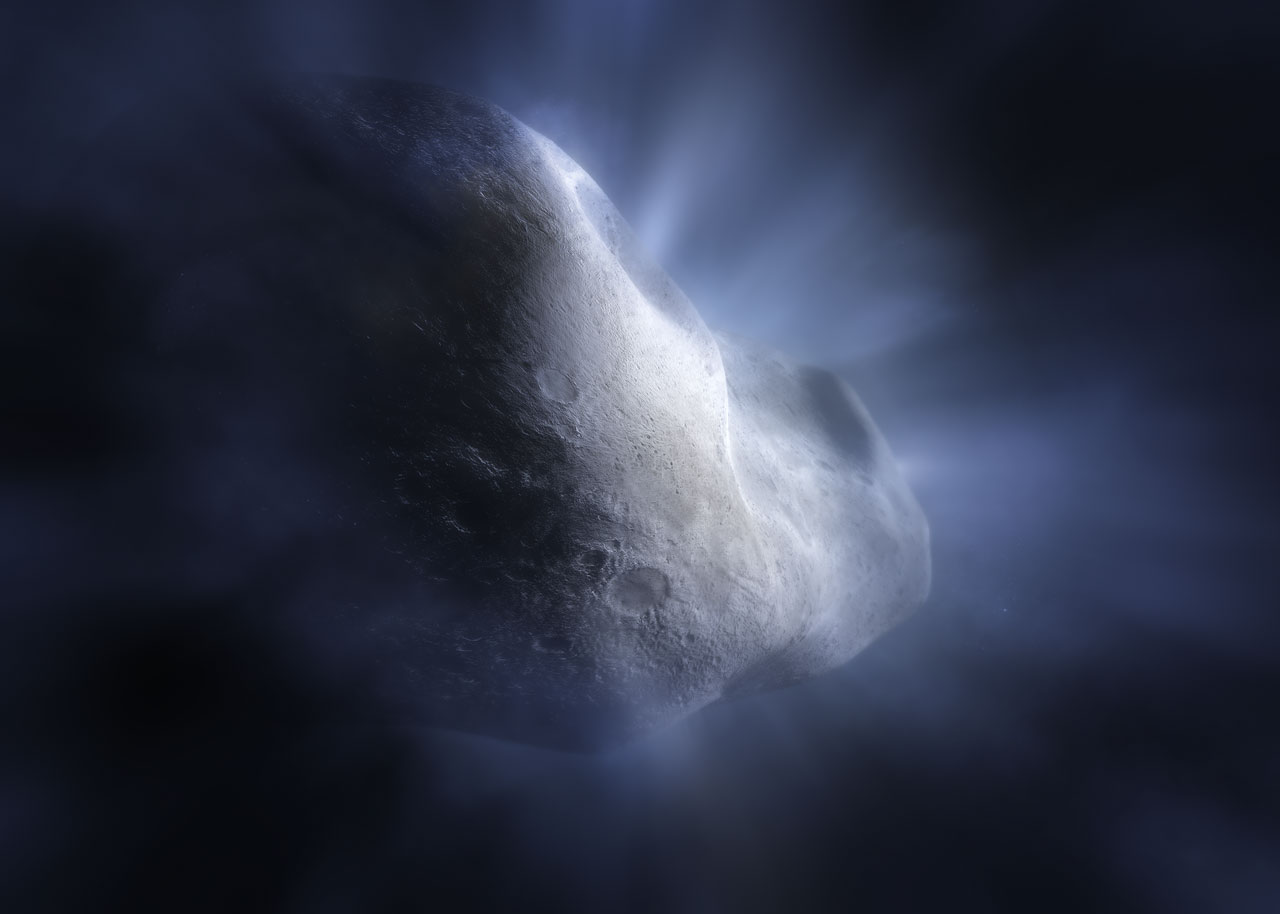 NASA says it will hold a news conference at 1 p.m. EDT (6 p.m. GMT) on Thursday to reveal near-Earth asteroid findings and implications for future research.

The briefing will take place at NASA Headquarters in Washington.

NASA’s Wide-field Infrared Survey Explorer (WISE)mission, launched in December 2009, captured  millions of images of galaxies and objects in space. During the news conference, panelists will  discussresults from an enhancement of WISE called Near-Earth Object WISE (NEOWISE) that  hunted for asteroids.

It remains unclear at this point whether NASA will reveal further information about a near-earth asteroid that is scheduled to pass between the moon and earth later this year.

Discovered on December 28, 2005 by Robert McMillan of the Spacewatch Program near Tucson, Arizona, 2005 YU55 is believed to be a very dark, nearly spherical object.

According to NASA’s Near Earth Object Program: “Although classified as a potentially hazardous object, 2005 YU55 poses no threat of an Earth collision over at least the next 100 years. However, this will be the closest approach to date by an object this large that we know about in advance and an event of this type will not happen again until 2028 when asteroid (153814) 2001 WN5 will pass to within 0.6 lunar distances.”

While neither the European Space Agency (ESA) nor NASA has suggested that YU55 poses a threat to Earth, plans to develop a mission to counteract a potential asteroid collision in the future are already underway.

The Daily Mail reported on Tuesday that the ESA is planning to fire an ‘impactor’ satellite into a ‘test’ asteroid in 2015 to see if the object’s trajectory can be altered.  The Agency is conducting the test mission in light of the minimal threat posed by the 700-1100-foot-wide 99942 Apophis asteroid, which has a one in 250,000 chance of impacting Earth in 2036.

In late June 2011, earth experienced one of its closest encounters with an asteroid in recent years. But as NASA indicated in the days ahead of the ‘cosmic close call’, the encounter was so close that Earth’s gravity sharply altered the asteroid’s trajectory and prevented the space rock from impacting the planet.

2011MD, a newly discovered asteroid passed within 12,000 kilometres (7,500 miles) of Earth. The asteroid was only sighted for the first time on 22 June by a robotic telescope in New Mexico, USA. The International Astronomical Union’s Minor Planet Center in Massachusetts, USA, put out an alert Thursday.

It was daylight in the UK and Ireland (12.30 GMT) when the asteroid passed over the southern Atlantic Ocean, near the coast of Antarctica. The event was observable from South Africa and parts of Antarctica. It also was visible in the hours leading up to the closest approach across Australia, New Zealand, southern and eastern Asia, and the western Pacific.

Some media outlets proclaimed the asteroid to be as big as New York’s Empire State Building’. In fact, 2011 MD measured about 16 feet to 35 feet.

According to Minor Planet Center’s ranking charts 2011 MD’s trip was the fifth-closest recorded Asteroid event. The last asteroid to impact earth was ‘2008 TC3’ which was detected on 7 October 2008, just 19 hours before it burned up in the atmosphere over northern Sudan.

On 2 June, a 10-metre wide asteroid passed between the earth and moon.

Asteroid 2009 BD, which was first observed on 16 January 2009 passed approximately within 0.9 lunar distances (the distance between Earth and the Moon) of earth. Astronomers believe the rock is a rare “co-orbital asteroid” which follows the orbit of the Earth, not receding more than 0.1 AU (15 million km) away.

Two asteroids, several meters in diameter and in unrelated orbits, passed within the moon’s distance of Earth on September 8 2010. In April 2010 an asteroid roughly as long as a tennis court zoomed past Earth at about the distance of the moon. The space rock to pass at or within lunar distance previous to this was 2009 JL2, an asteroid about 17 to 37 metres across, in May 2009.

There is a roughly 50 percent chance of a 30-metre-wide plus asteroid striking Earth each century, according to Clark Chapman, a space scientist at the Southwest Research Institute in Boulder, Colorado, USA. (MyWeatherTech)