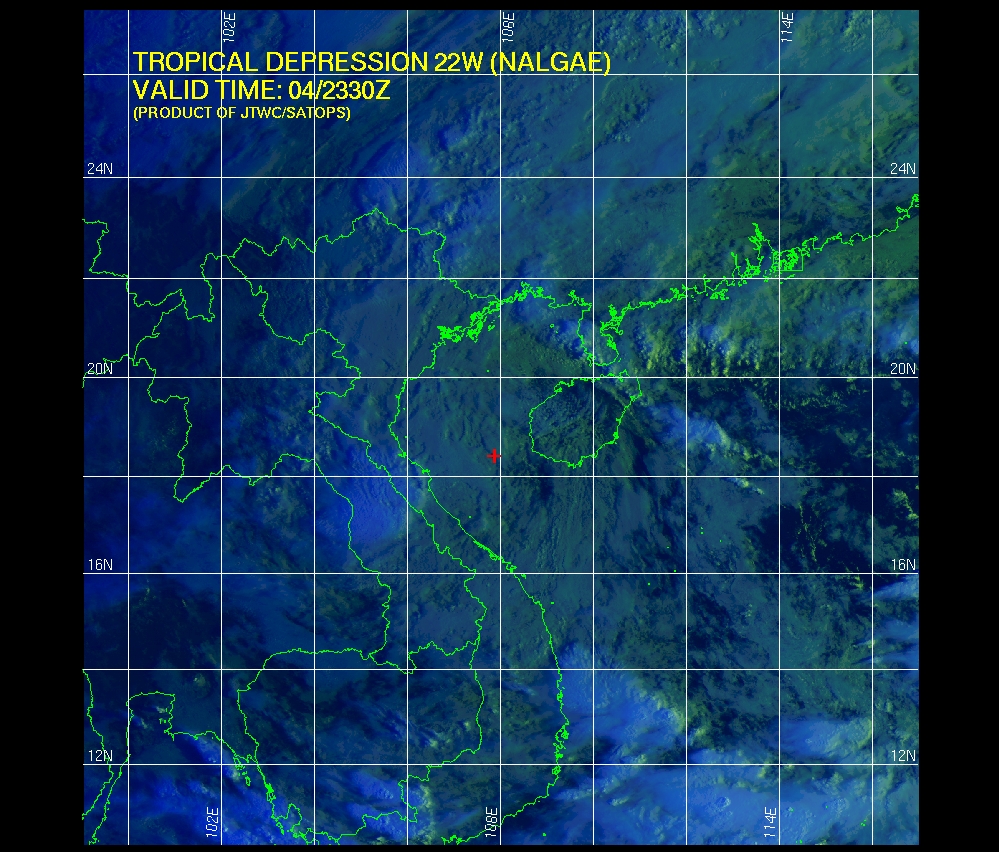 Nalgae was accompanied by 10 to 15 inches (200mm – 300mm) of rainfall, exacerbating damage and flooding caused by Nesat. Nalgae caused significant damage and fatalities on the Philippines.

On October 5, at 5 a.m. local time (2100 UTC Oct 4) Nalgae was in the Gulf of Tongking, approximately 200 nautical miles southeast of Hanoi, Vietnam (18.5N,108.1E) moving southwest at 6 knots with maximum sustained winds of 35 mph (30 knots). Nalgae is now a tropical depression and is not expected to strengthen further; however, it is forecast to maintain its current intensity over the warm waters of the Gulf of Tongking. Nalgae is expected to make landfall as a tropical storm in the North Central Region (Bắc Trung Bộ) of Vietnam October 6.

Nalgae made landfall on October 4 on Hainan Island (China) as a tropical storm. Hainan is predominantly an agrarian province with some tourism business. Significant flooding damage is expected in portions of Hainan. The 24-hour rainfall total accumulations of 200 mm to 250 mm (8-10 inches) were observed in Hainan. (EQECAT, TRMM Data) 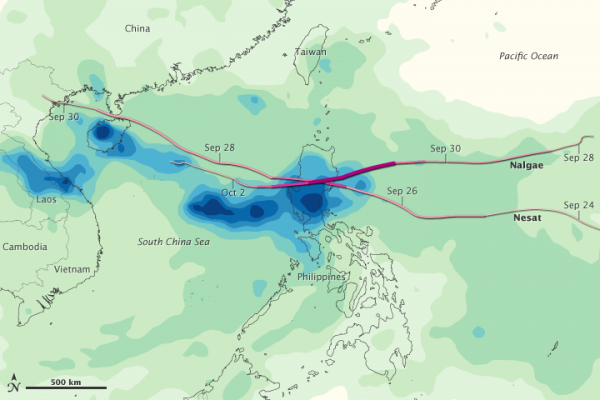 Nalgae is the fifth typhoon of the 2011 season to make landfall in the Philippines (following Aere, Nock-ten, Nanmadol, and Nesat). Rainfall accumulations of 10 to 15 inches (200mm – 300mm) were observed in inland areas north of the storm track. Nalgae brought significant damage to agriculture, as well as structures in towns and cities, but most is uninsured. Power outages and blocked roads limit access to many damaged areas. (EQECAT) 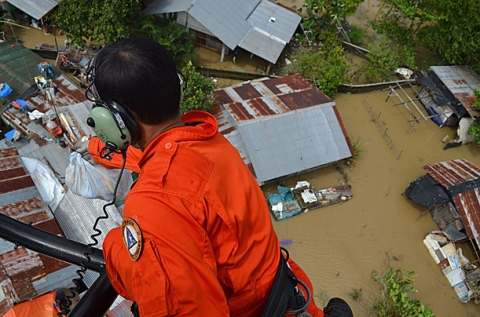