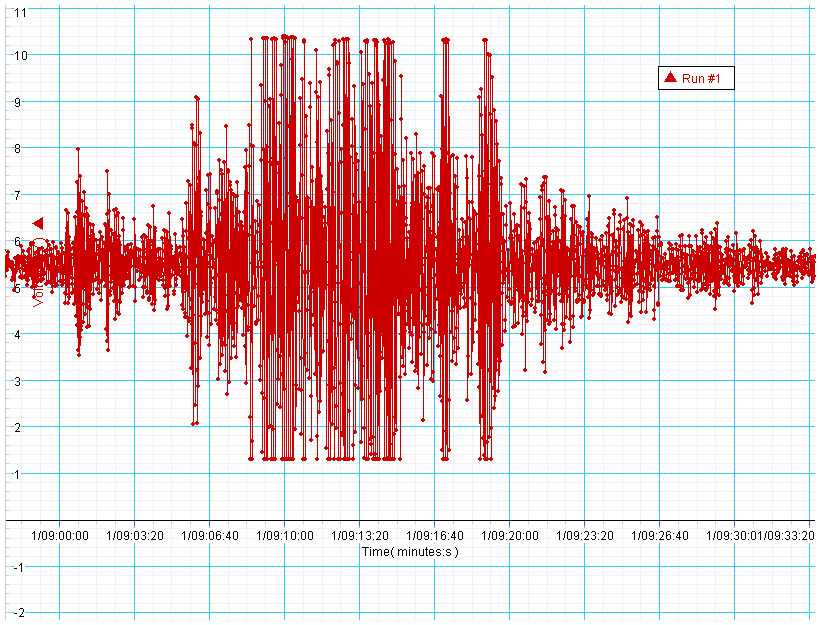 At 05:40 UTC on October 4, 2011, a 150 km deep, M4.8 earthquake hit Vrancea, Romania and made the Romanian people nervous. The epicenter was located near Plostina, 2 km W of Focsani, 25 km NE of Nehoiu and 11 km W of Valea râmnicului. Biggest cities in the area are Focsani and Brasov. The earthquake was also well felt in the capital Bucharest. 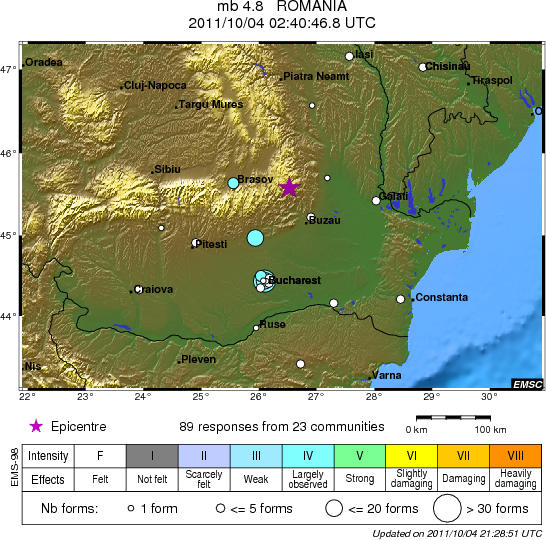 Vrancea earthquake zone: one of the most active seismic areas in Europe (Carpathians)

Contrary to most other earthquake locations in Europe, Romania has a specific deep faulting zone. The epicenter was located right in the highest seismic hazard area at a depth of 150 km. This area has the biggest peak ground acceleration in Romania. These deep earthquakes are mostly harmless unless that they are reaching magnitudes greater than 6.5.

One of the specific aspects of a deep earthquake is that they are felt in a very wide area almost the same way. The shock waves are radiating from deep under the surface in a wide area of several hundred km. The distance of 150 km to the surface also means that the intensity is very much weakened. The epicenter location of deep earthquakes is less important than it is with shallow earthquakes. 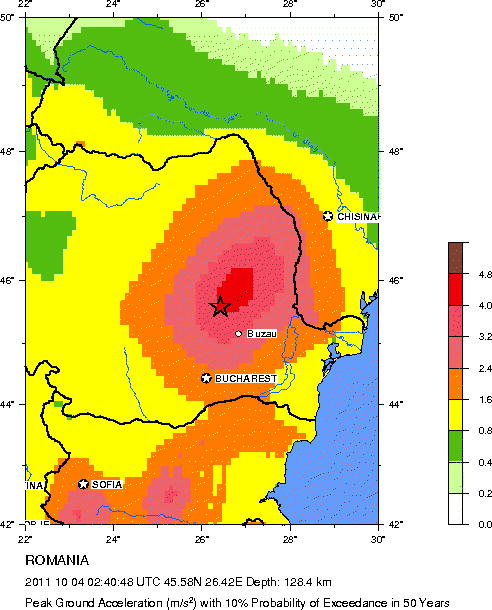 The 1977 Vrancea Earthquake occurred on Friday, 4 March 1977, 21:20 local time and was felt throughout the Balkans. It had a magnitude of 7.2 and its epicenter in Vrancea (in the Eastern Carpathians) at a depth of 94 kilometers. The earthquake killed about 1 578 people, of which 1 424 in Bucharest, and wounded more than 11 300. About 35 000 buildings were damaged, and the total damage was estimated at more than two billion dollars. Most of the damage was concentrated in Romania's capital, Bucharest, where about 33 large buildings collapsed. Most of those buildings were built before World War II, and were not reinforced. Many of the historic buildings that collapsed were not rebuilt; instead, the land was cleared for the building of the Palace of the Parliament. After the earthquake, the Romanian government imposed tougher construction standards. (Wikipedia)