Typhoon "Nesat" made landfall at Su'ao in the northeastern county of Yilan, Taiwan at 11:10 UTC (19:10 local time) on Saturday, July 29, 2017. The typhoon is being followed by Tropical Storm "Haitang," which formed earlier today and is now on its way toward SE Taiwan. Although Nesat is the first typhoon to hit Taiwan this year, this will be the first time in 50 years that Taiwan has been hit by two tropical cyclones simultaneously.

Offices and schools across the island were closed ahead of the storm, and several parts of Taiwan announced continued office and school closures on Sunday. Traffic was severely disrupted, with many international flights canceled or delayed. Around 350 flights were canceled or delayed on Saturday.

Nesat is being followed by Tropical Storm "Haitang," which formed earlier Saturday and is moving toward SE Taiwan, the bureau said and issued sea and land warnings for Haitang at 17:30 local time. As of 20:00 local time, the storm was centered 480 km (298 miles) southwest of Eluanbi, the southernmost tip of Taiwan, moving at a speed of 28 km/h (17.4 mph) in a northeasterly direction.

The storms are creating a "Fujiwhara effect," a term that describes the rotation of two tropical storms or hurricanes around a common center. Under the impact of Haitang, Nesat was moving on a path further north than previously expected, at a slower speed, the bureau said. 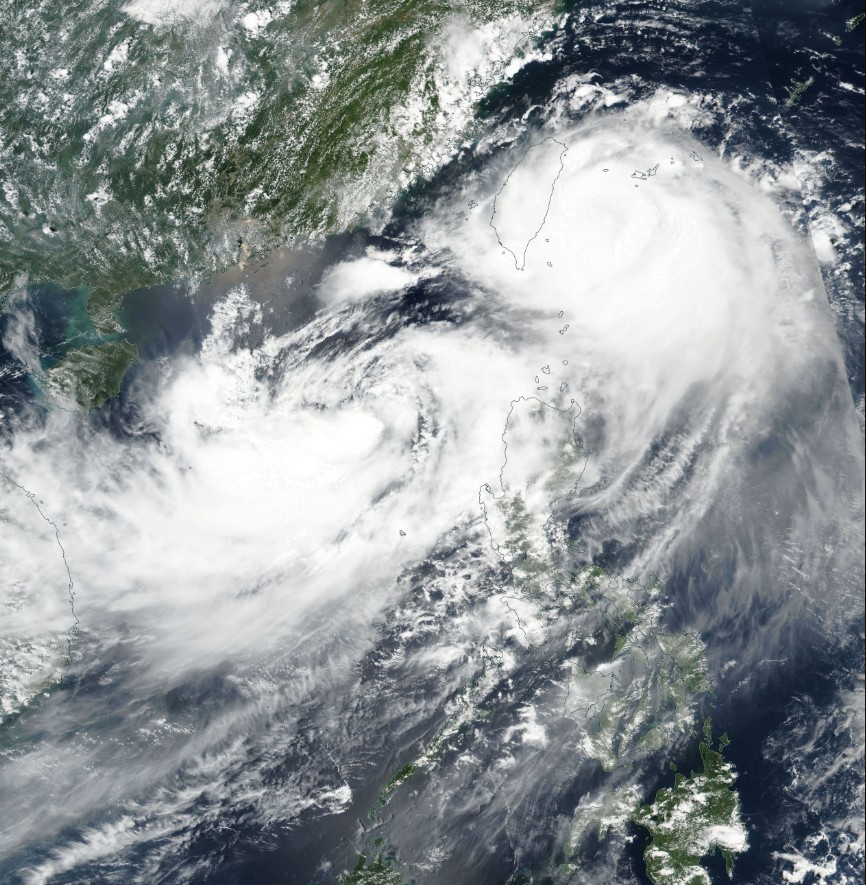 This will be the first time in 50 years that Taiwan has been hit by two tropical cyclones simultaneously, with sea and land warnings issued for each, Huang Chun-hsi, a section chief of the bureau's forecast department, said.

Afer moving over SE Taiwan, Haitang is expected to weaken and make another landfall over SE China.