At 05:13 UTC on July 29, IMO reported that the color code for Katla volcano is now Yellow (signs of elevated unrest above known background levels) due to glacial flood and seismic tremor.

"The scenario is very similar to the 2011 glacial flood event when the Ring Road bridge was destroyed," the agency said. 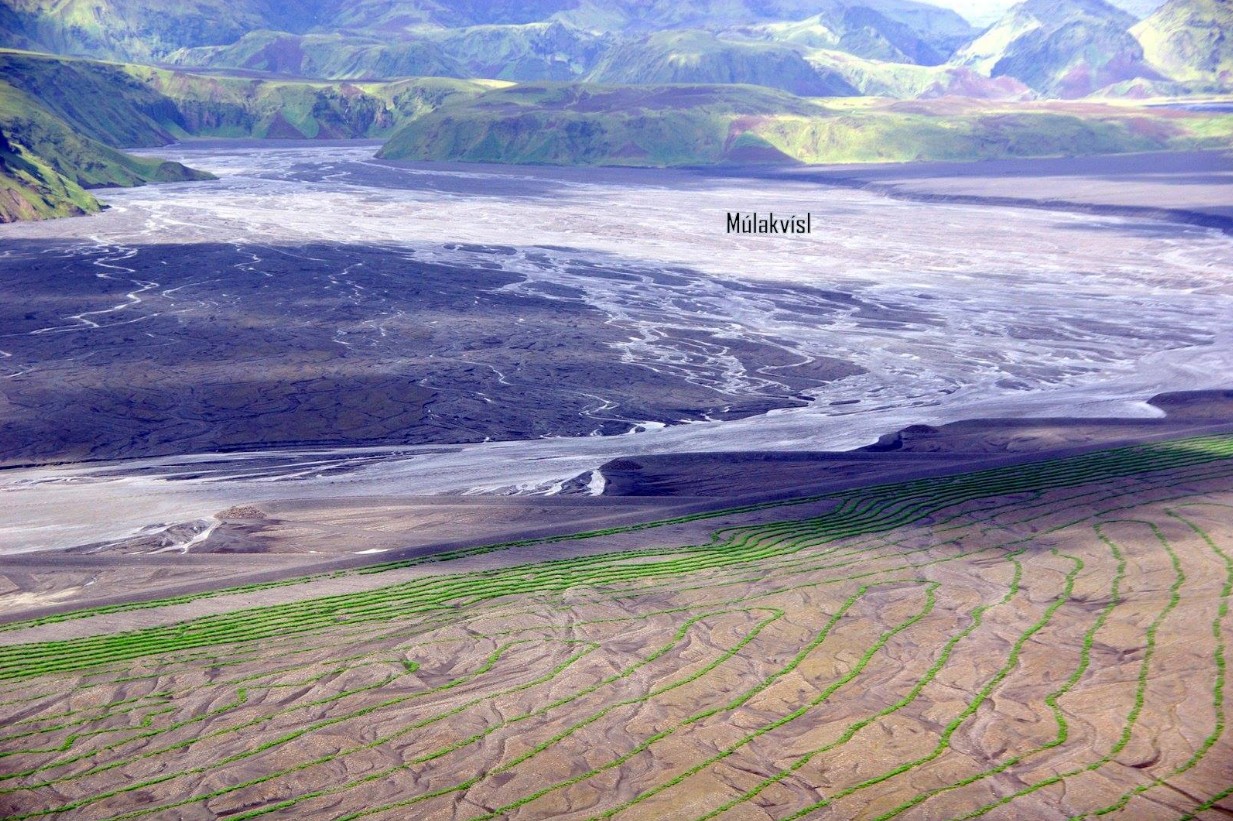 The glacial outburst flood can be expected to reach its maximum within a few hours, IMO warned at 10:14 UTC.

People are advised to stay away from the river due to gas pollution, as the river is showing a dark color and smells of sulfur. The Department of Civil Protection of the National Police has been alerted and Road Administration is on the site and prepared to close the main road if needed. 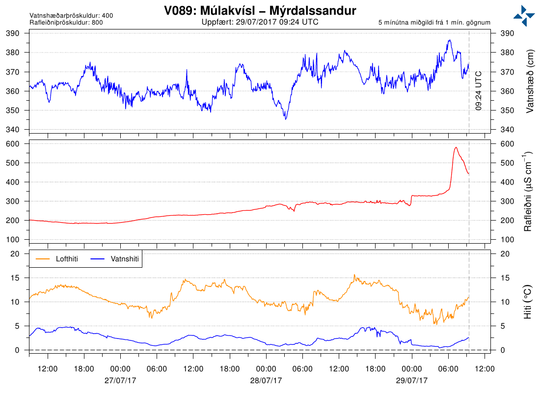 "The glacial outburst flood in Múlakvísl is slowly declining, but there is still a lot of water in the river and people are advised to keep caution when traveling near the river," IMO said at 01:59 UTC on July 30.

"The glacial outburst flood from the ice-covered Katla volcano has ended. The flood peaked in the Múlakvísl river on July 29. Recent aerial photographs of the ice-covered caldera show signs of ice-surface subsidence due to drainage of meltwater," IMO said at 15:21 UTC on July 31.

Conductivity measurements have slowly reached normal levels and seismicity in the area is within the normal. Travelers are advised to show caution near the source of the river due to possible gas emissions. 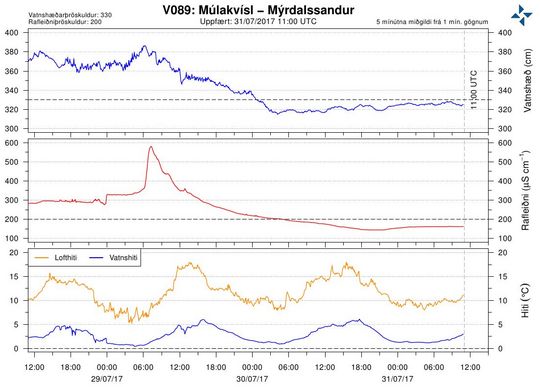 Katla volcano, located near the southern end of Iceland's eastern volcanic zone, is hidden beneath the Myrdalsjökull icecap. The subglacial basaltic-to-rhyolitic volcano is one of Iceland's most active and is a frequent producer of damaging jökulhlaups, or glacier-outburst floods.

Although most historical eruptions have taken place from fissures inside the caldera, the Eldgjá fissure system, which extends about 60 km (37 miles) 18 to the NE from the current ice margin towards Grímsvötn volcano, has been the source of major Holocene eruptions.

An eruption from the Eldgjá fissure system about 934 CE produced a voluminous lava flow of about 18 km3 (4.31 mi3), one of the world's largest known Holocene lava flows.