Tropical Storm "Tembin," known as Vinta in the Philippines, formed late December 20, 2017, east of Philippines as the 27th named storm of the 2017 Pacific typhoon season. Landfall is expected over Surigao del Sur late December 21 or early December 22 (local time). The current forecast track takes the storm over the Philippines on December 22 and 23 and into the warm waters of South China Sea on December 24 where it is expected to intensify into a typhoon before it makes landfall over southern Vietnam. The storm is already blamed for the deaths of at least 4 people after a ferry with 251 people capsized near Manila.

A low-pressurea area (LPA) was upgraded to a tropical depression by the JMA early December 16 when it was located south of Elato. It degenerated back to LPA on December 18 and intensified into a tropical depression early December 20 when it was located ENE of Palau. At about the same time, PAGASA named it Vinta. By the end of the day,  this storm reached tropical storm strength and received international name Tembin. 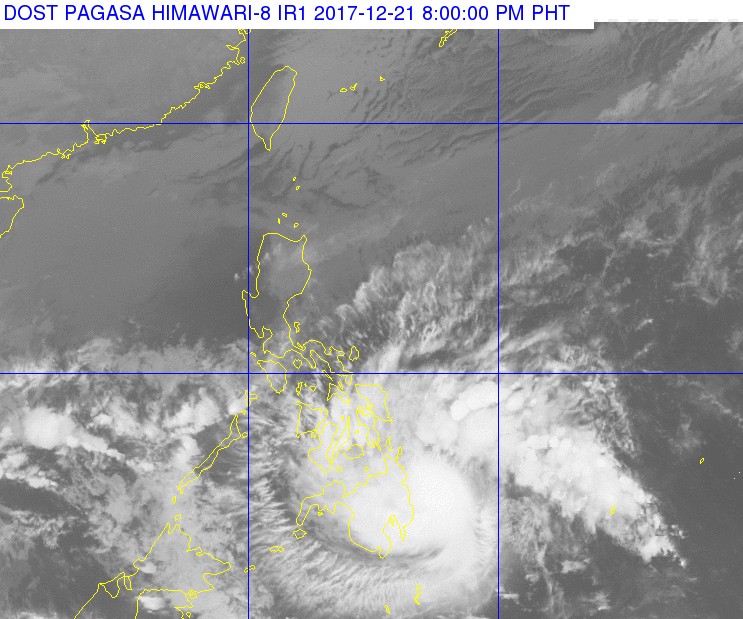 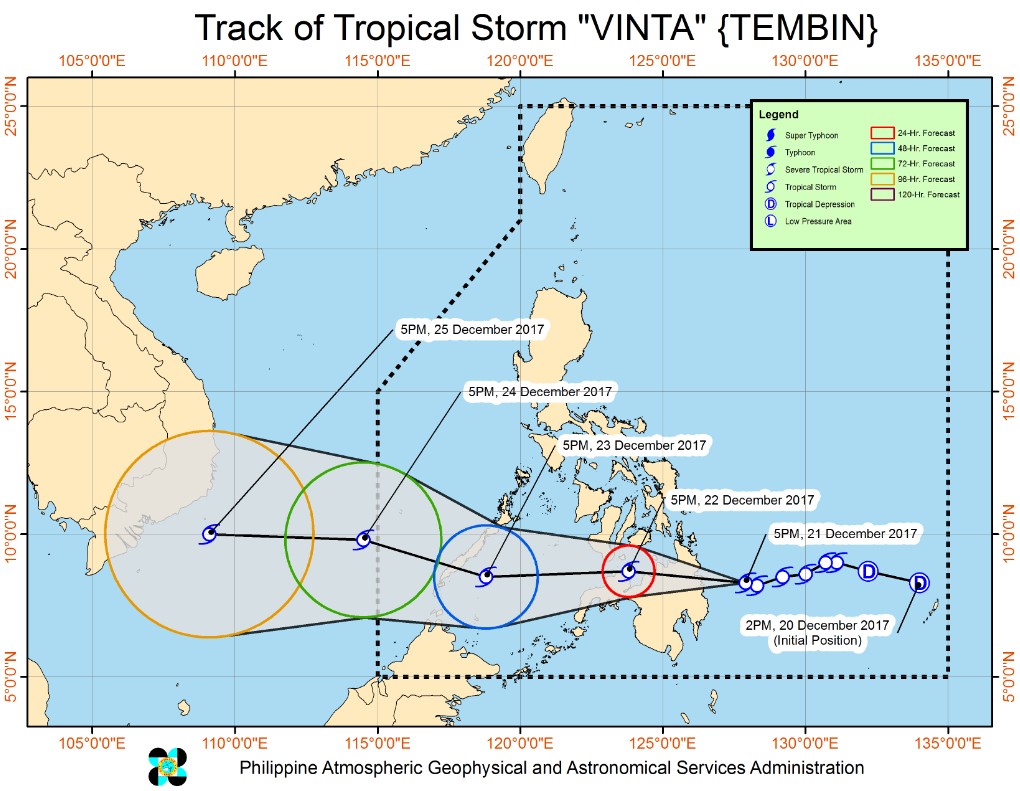 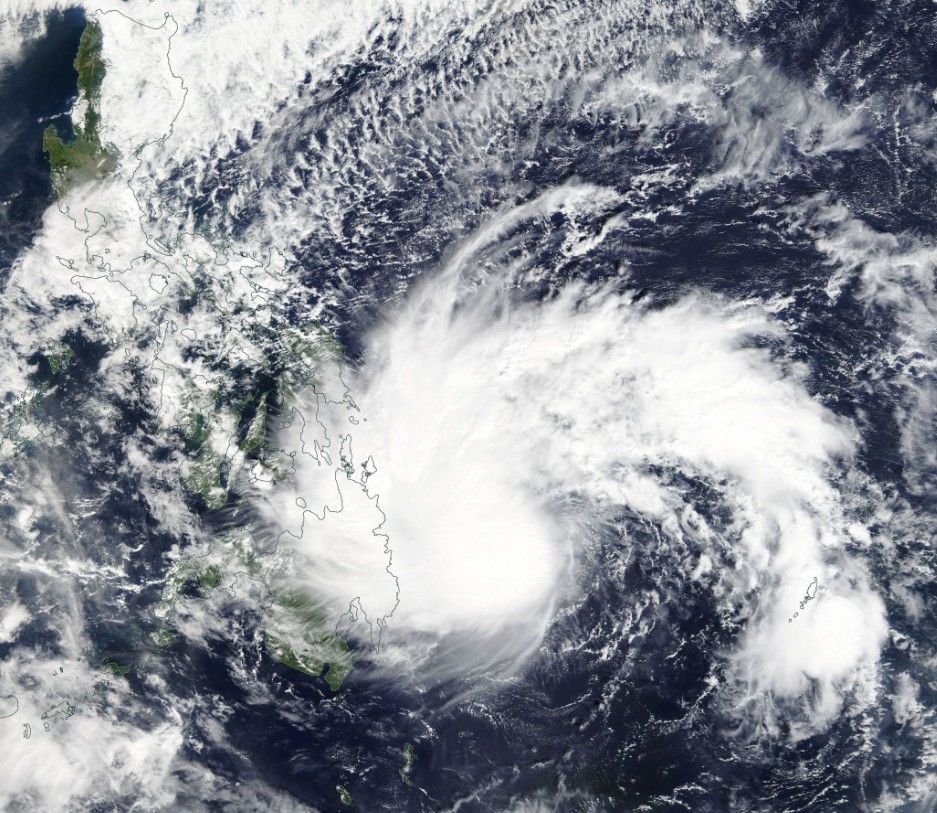 Scattered to widespread moderate to heavy rains is expected over the Central Visayas, Eastern Visayas, Caraga, Davao Region, Northern Mindanao, and the Zamboanga Peninsula within 24 hours.

Residents of these areas must make appropriate actions against possible flooding and landslides, coordinate with their respective local disaster risk reduction and management offices, and continue monitoring for updates, PAGASA said.

Sea travel is risky over the seaboards of areas under Tropical Cyclone Warning Signal (TCWS).

As the system tracks over land, terrain interaction will not only limit intensification, but it will cause a brief weakening period, JTWC noted 09:00 UTC today.

Once it exits into the South China Sea, favorable conditions will allow for steady intensification with the system reaching typhoon strength late December 23 and eventually peak at 139 km/h (86 mph) around 09:00 UTC on December 24.

Tembin is forecast to make landfall over southern Vietnam sometime after 09:00 UTC on December 25.

The storm is already blamed on the deaths of at least 4 people after a ferry with 251 people capsized near Manila. A total of 240 people were rescued by fishermen and rescue boats. As of 12:00 UTC, 6 people are still missing and rescue operations continue.