Tropical Depression "Agaton" made five landfalls since late Monday afternoon (UTC), January 1, 2018, maintaining its maximum sustained winds at 55 km/h (34 mph) and gusts to 90 km/h (56 mph). The storm is blamed for the deaths of at least two people in Cebu. Agaton is expected to leave the Philippine Area of Responsibility on Thursday, January 4 and head toward southern Vietnam, while weakening.

Tropical Depression "Agaton" triggered floods and landslides in Iligan City, Northern Mindanao on Tuesday, January 2, after it dumped heavy rain over areas still recovering from several tropical cyclones that hit the country over the past 2 weeks.

Floods were reported in parts of Barangay Palao, Hinaplanon, Tubod, TIpanoy, Santiago, Tibanga, Bagong Silang, San Miguel and Tambacan. A portion of C-3 Road in Barangay Tubod was closed around 08:30 UTC (16:30 local time) today after it was hit by mud and debris.

According to local media reports, at least two people were killed in Cebu as Agaton made landfall over the Malabuyoc town in Southern Cebu. One woman (63) died after her house was hit by a landslide. According to police reports, she returned to her evacuated home to pick up some things when the slide buried the house. Another man, aged 39, died after he slipped and fell in Barangay Sto. 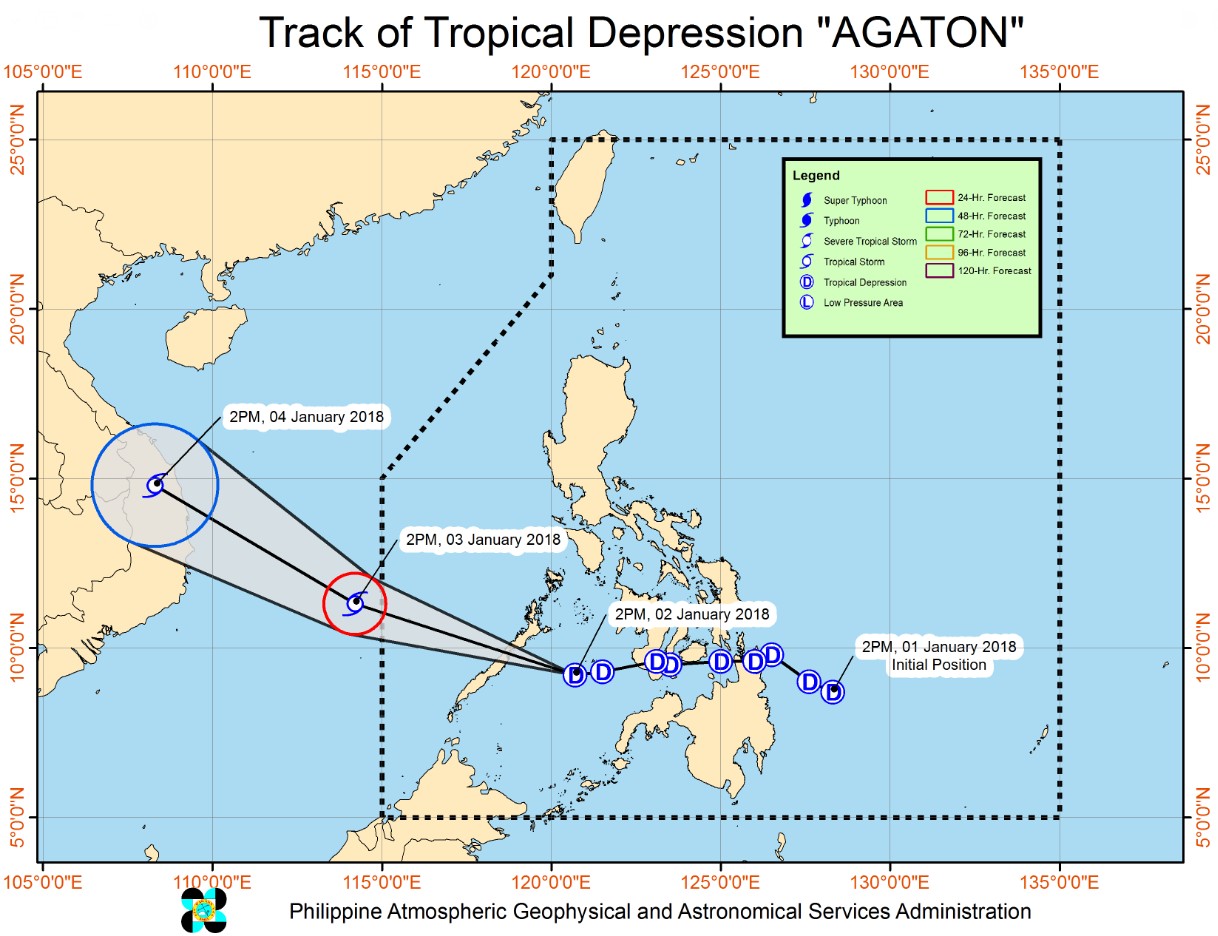 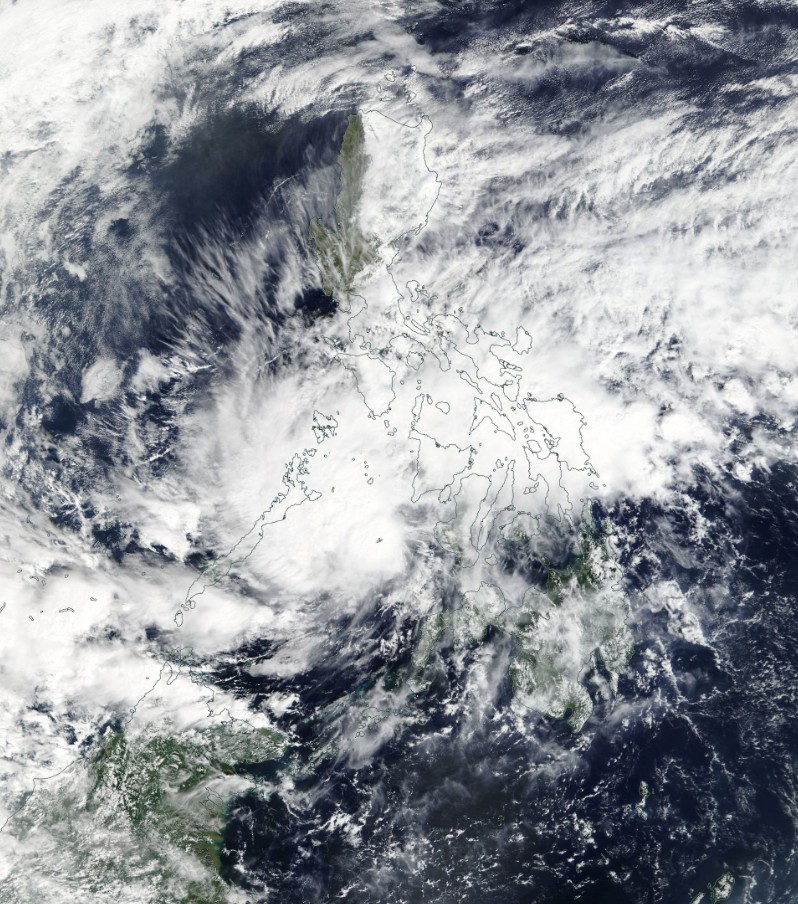 Moderate to heavy rains are expected over the areas with TCWS#1 as well as Bicol Region, Samar provinces, Southern Quezon, Panay Island and the rest of MIMAROPA.

Residents of these areas must undertake precautionary measures against possible flooding and landslides and coordinate with their respective local disaster risk reduction and management offices, PAGASA said.

The storm is expected to leave the Philippine Area of Responsibility on Thursday, January 4 and head toward southern Vietnam, while weakening.