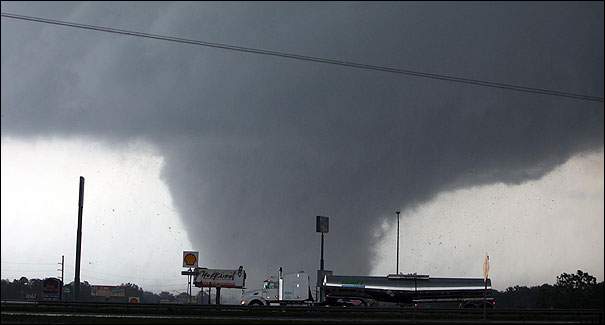 The tornadoes and severe thunderstorms have killed at least 72 people across the South on Wednesday, according to the Associated Press, and the death toll will continue to rise. Tornadoes remain a threat from the mid-Atlantic to southern Alabama. Out of those deaths, at least 58 occurred in Alabama alone. Nine deaths have been confirmed in Georgia, according to the Atlanta Journal Constitution.

As of 2 a.m. EDT, there have been 141 reports of tornadoes, according to the Storm Prediction Center. Most of these tornadoes have touched down in Alabama, Mississippi and Tennessee, and many have been large, powerful twisters. 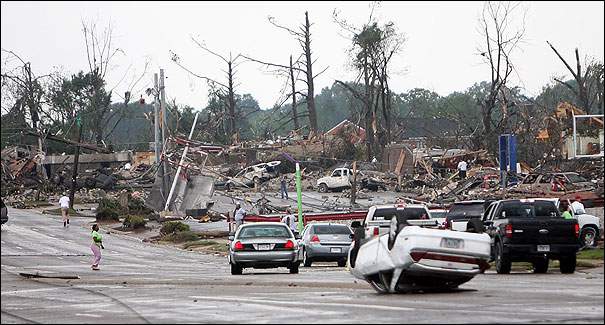 A line of severe thunderstorms, some capable of producing tornadoes, extended from south-central New York to central Georgia. This line will continue to move eastward into early Thursday.

All people in the path of these thunderstorms need to get to a safe shelter immediately if a tornado or severe thunderstorm warning is issued.

One of the most recent tornado reports comes from Monroe Co., Ga. The suspected twister blew three tractor trailers off Interstate 75 near High Falls State Park, trapping some people. Nearby homes and trees sustained damage.

A very large tornado hit Tuscaloosa, Ala., after 6 p.m. EDT with “complete devastation” being reported on 15th Street and McFarland Boulevard, according to Tuscaloosanews.com. Businesses and apartment buildings have reportedly been completely destroyed with at least 15 people killed and more than 100 injured. 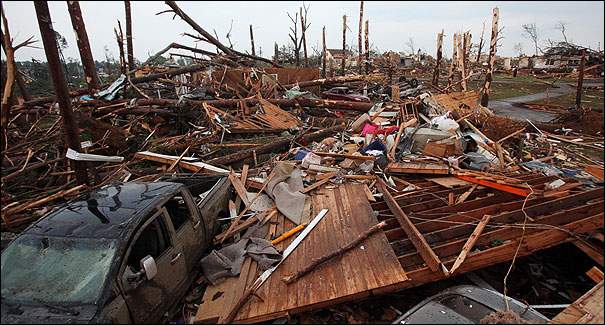 Tornadoes also touched down around Birmingham, Ala., with casualties reported.

With another large twister that tore through far northwestern Georgia, just south of Chattanooga, Tenn. The Atlanta Journal-Constitution stated there have been reports of damaged cars and tossed tractor trailers near the Ringgold exit off I-75 in Catoosa County.

Whitfield County is also sending in mutual aide to Catoosa County to help rescue people trapped under collapsed restaurants, according to the Atlanta Journal-Constitution. Local media reported that a three-story hotel collapsed in Catoosa County as well. 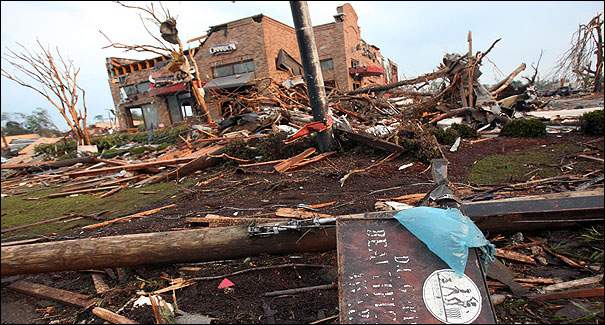