The event was also confirmed to have occurred after ordnance disposal activities by the AFP, which has no relation to the condition of the volcano, on the northern flanks of Pinatubo conducted prior to noon (LT) today.1

The eruption produced a plume that was detected by the Himawari-8 satellite and reported to DOST-PHIVOLCS by the Tokyo Volcanic Ash Advisory Center (Tokyo VAAC) – with ash observed rising up to 13.4 km (44 000 feet) above sea level at 05:30 UTC.2 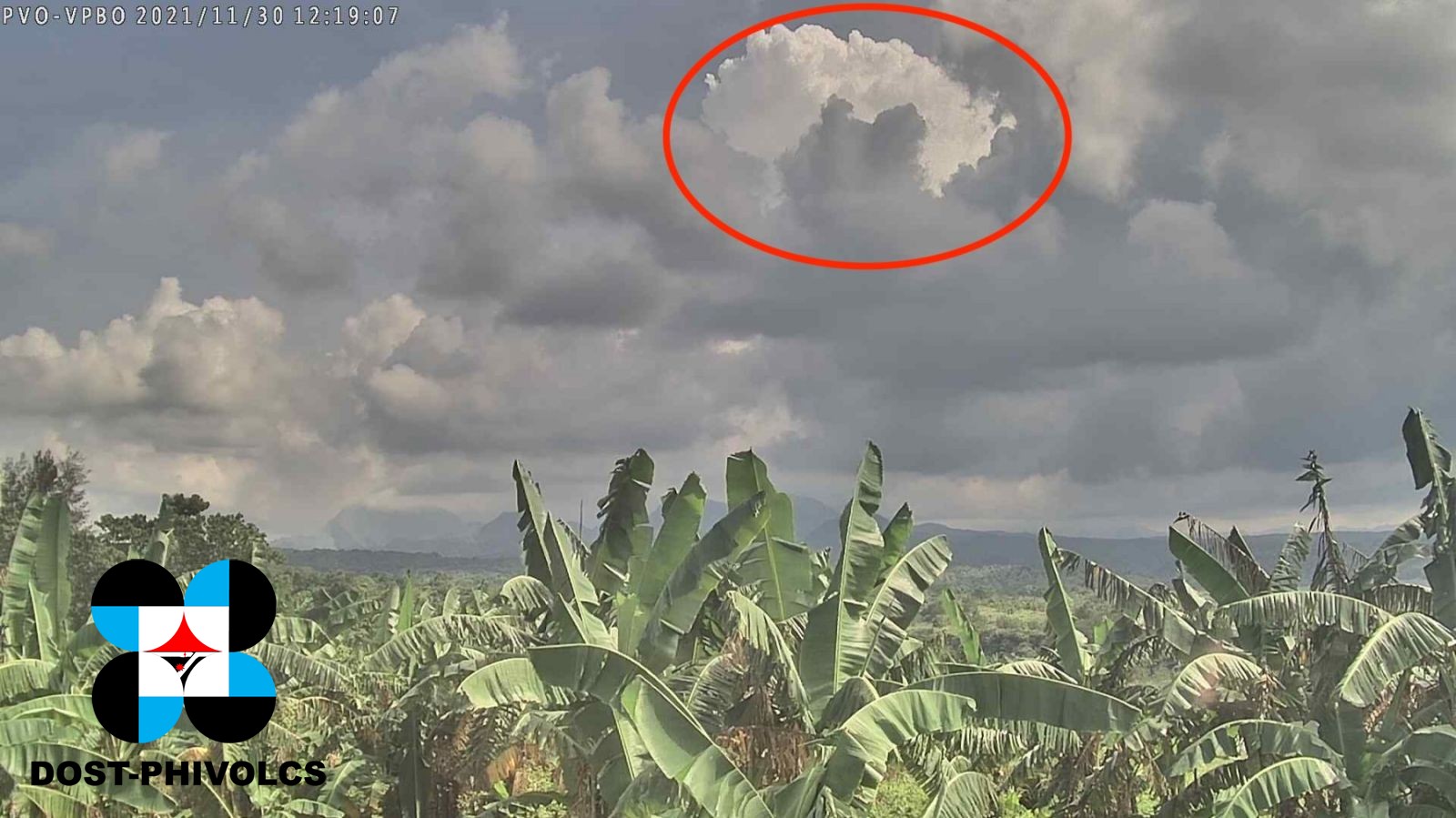 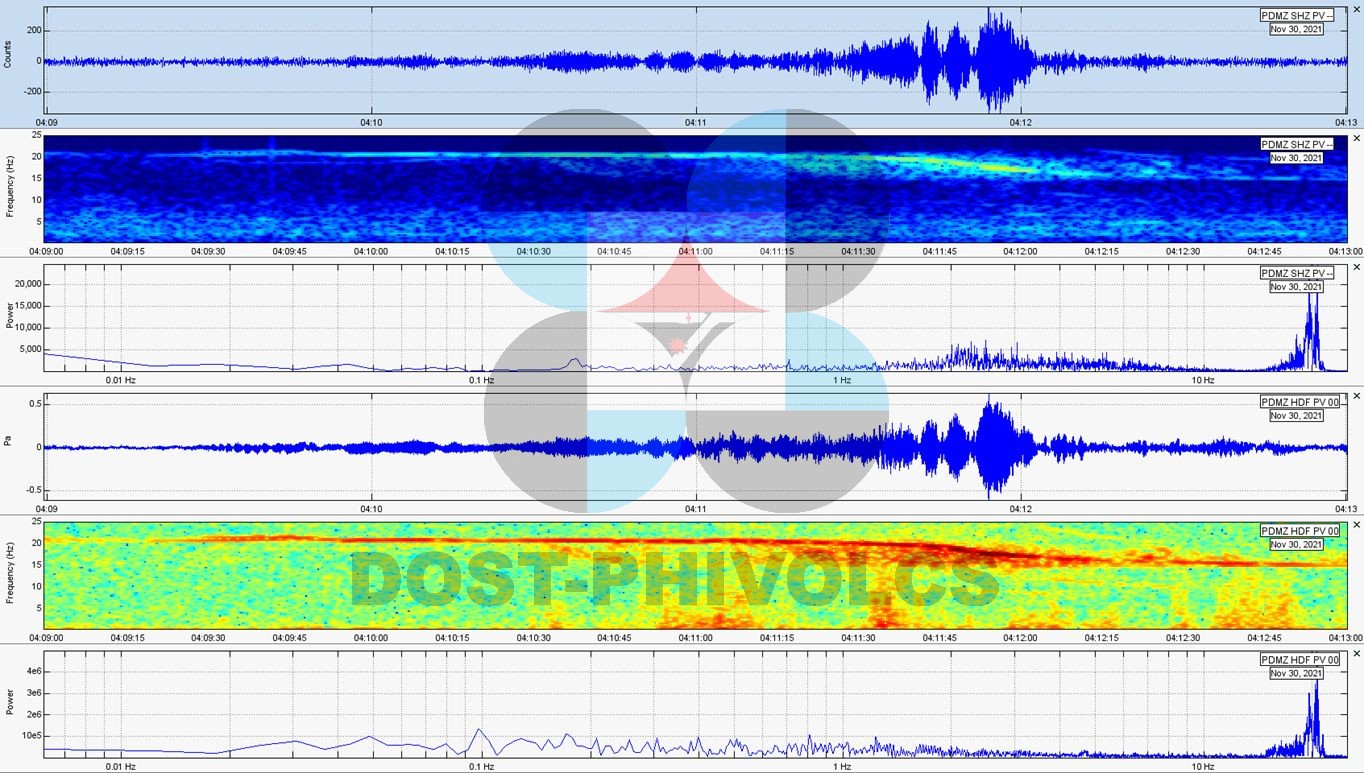 So far, there has been no reports of ashfall from communities of Zambales over which the eruption plume dispersed, PHIVOLCS said at 10:00 UTC (18:00 PHT).1

Considering that there has been very low seismic activity in the volcano in the past days and low diffuse volcanic CO2 flux measured at Pinatubo Crater Lake, and high infrasound over seismic energy released by the eruption, the event was likely driven by shallow hydrothermal processes beneath the edifice.

DOST-PHIVOLCS is cautioning the public to refrain from venturing in the vicinities of Pinatubo Volcano at this time.

Local government units are advised to prohibit entry into Pinatubo Crater as shallow phreatic or hydrothermal explosions such as the event of today can occur without warning.

Communities and local government units surrounding Pinatubo are reminded to be always prepared for both earthquake and volcanic hazards and to review, prepare and strengthen their contingency, emergency and other disaster preparedness plans.

DOST-PHIVOLCS continues to strengthen its monitoring of the volcano with ongoing upgrades to the PVN, periodic geochemical surveys of the Pinatubo Crater lake and GPS and satellite analysis of ground deformation.

The prevailing Alert Level 0 status of the volcano is currently under consideration pending the results of ongoing GPS and InSAR data processing.

Pinatubo is the site of the second-largest volcanic eruption of the 20th century. It started on June 15, 1991 (VEI 6) and evolved into by far the largest eruption to affect a densely populated area.

The following is from USGS Fact Sheet 113-98 — The Cataclysmic 1991 Eruption of Mount Pinatubo, Philippines3

However, on June 12 — Philippine Independence Day — millions of cubic yards of gas-charged magma reached the surface and exploded in the reawakening volcano's first spectacular eruption.

Widespread lahars that redistributed products of the 1991 eruption have continued to cause severe disruption. Previous major eruptive periods, interrupted by lengthy quiescent periods, have produced pyroclastic flows and lahars that were even more extensive than in 1991.4