Mindy's center made landfall at St. Vincent island, Florida at 01:15 UTC on September 9 with maximum sustained winds of 75 km/h (45 mph) and a minimum central pressure of 1 004 hPa. At the time, the center was located about 15 km (10 miles) WSW of Apalachicola, Florida.

Mindy is moving toward the NE near 31 km/h (20 mph), and an ENE to E motion is expected to continue over the next couple of days.

On the forecast track, the center of Mindy is expected to move across the northern Florida Peninsula and southeastern Georgia overnight and into the Atlantic this morning (LT).

Gradual weakening is expected as Mindy moves over land and into an area of unfavorable upper-level winds. Tropical-storm-force winds extend outward up to 75 km (45 miles) mainly to the southeast of the center. 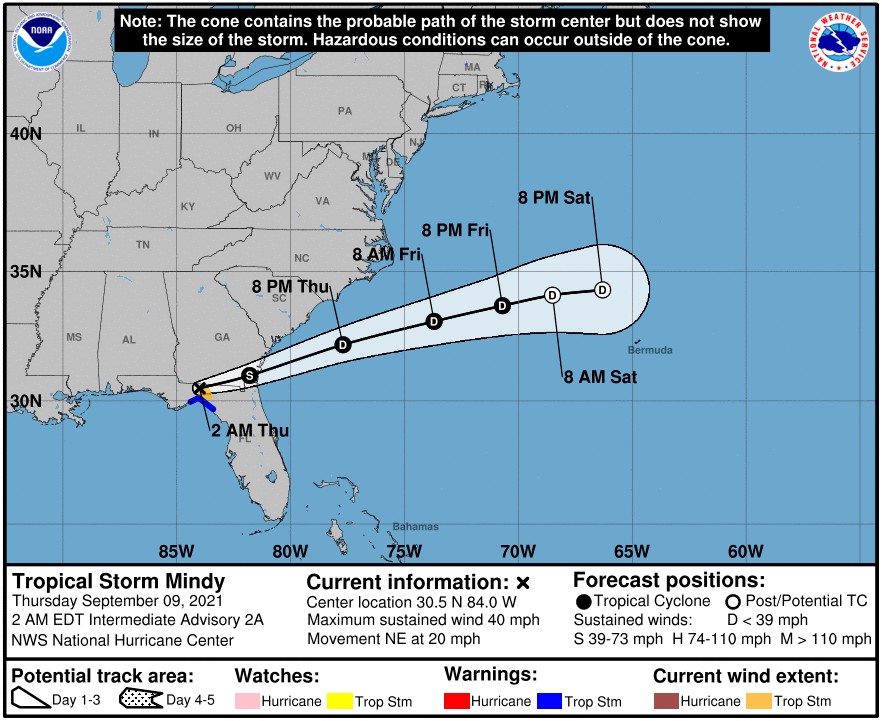 "Little change in strength is likely during the next few hours while the center of Mindy straddles the coast," NHC forecaster Beven noted at 03:00 UTC on September 9.2

"Weakening should occur as the center moves farther inland later tonight, aided by an increase in westerly vertical wind shear. By the time the cyclone reaches the Atlantic, the shear should be strong enough to make the system continue to weaken."

Tropical Storm "Mindy" is expected to produce heavy rainfall from the Florida Panhandle into southern portions of Georgia and South Carolina through Thursday morning. This rainfall may produce isolated to scattered flash, urban, and small stream flooding, NHC said.

Tropical storm conditions are expected through tonight in portions of the Florida Panhandle where a Tropical Storm Warning is in effect [Ochlockonee River to Steinhatchee River Florida].

Tropical storm conditions are also possible across portions of the northern Florida Peninsula and southeastern Georgia near the center of Mindy. 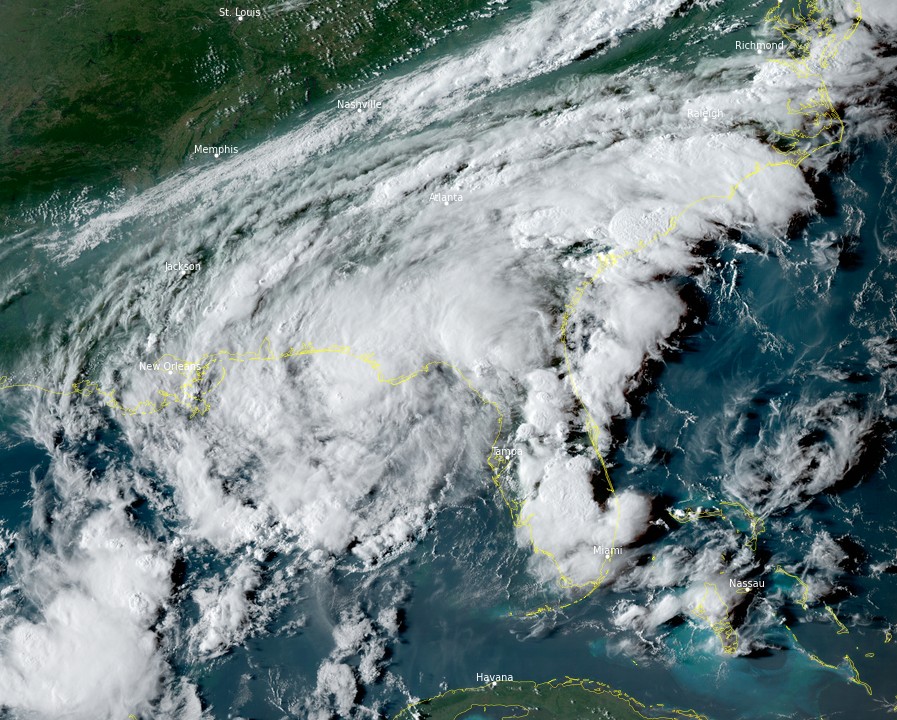