The highest levels of volcanic sulfur dioxide or SO2 gas emission were recorded today, July 4, 2021, at an average of 22 628 tonnes/day — representing the highest ever recorded over Taal, PHIVOLCS reports. The previous record was set on June 28, 2021, with 14 326 tonnes/day.

Since 00:00 UTC on Sunday, July 4 (12:00 LT), a total of 26 strong and very shallow low-frequency volcanic earthquakes associated with magmatic degassing have been recorded beneath the eastern sector of Volcano Island.

Some of these earthquakes were reportedly accompanied by rumbling and weakly felt by fish cage caretakers off the northeastern shorelines of Volcano Island.

These observation parameters may indicate that an eruption similar to the July 1, 2021 event may occur anytime soon.

"In view of the above, DOST-PHIVOLCS is reminding the public that Alert Level 3 prevails over Taal Volcano and that current SO2 parameters indicate ongoing magmatic extrusion at the Main Crater that may further drive succeeding explosions," the agency said.

According to the Batangas governor, some 15 000 residents have evacuated their homes after the July 1 eruption.

The public is reminded that the entire Taal Volcano Island is a Permanent Danger Zone (PDZ), and entry into the island as well as high-risk barangays of Agoncillo and Laurel must be prohibited.

All activities on Taal Lake should not be allowed at this time, PHIVOLCS added.

Communities around the Taal Lake shores are advised to remain vigilant, take precautionary measures against possible airborne ash and vog and calmly prepare for possible evacuation should unrest intensify.

Because of unprecedented high SO2 degassing from Taal Main Crater, local government units are additionally advised to conduct health checks on communities affected by vog to assess the severity of SO2 impacts on their constituents and to consider temporary evacuation of severely exposed residents to safer areas.

Civil aviation authorities advise pilots to avoid flying over Taal Volcano Island as airborne ash and ballistic fragments from sudden explosions and pyroclastic density currents such as base surges may pose hazards to aircraft.

Its major eruption in January 2020 ejected volcanic ash up to 16.7 km (55 000 feet) above sea level, according to data provided by the Tokyo VAAC. The volcano produced powerful pyroclastic and lava flows, destroying scores of homes, killing livestock, and forcing more than 135 000 people to evacuate.

Taal has produced some of the Philippines' most powerful eruptions. Large pyroclastic flows and surges from historical eruptions have caused many fatalities.

[From our archives: Taal] 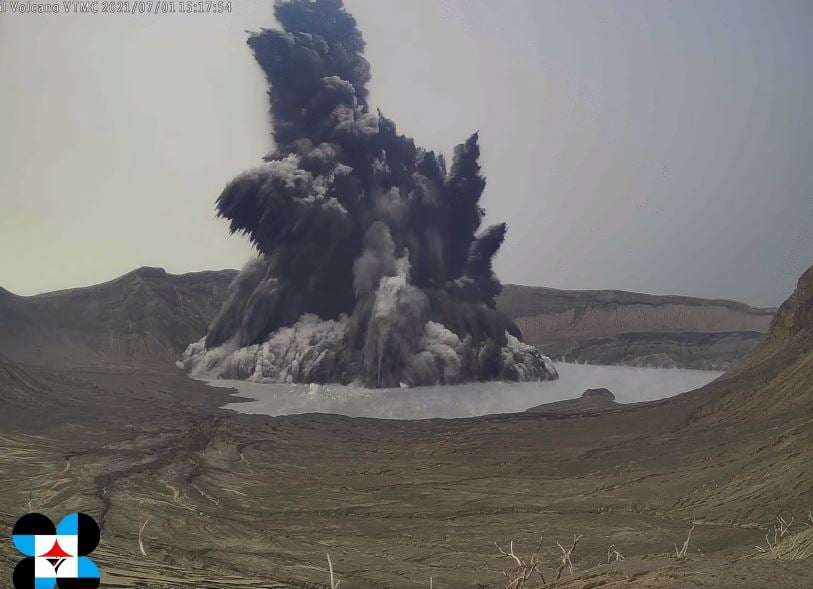