A large landslide took place on the banks of man-made Lake Knappensee, Germany on March 11, 2021. The area where the slide took place belongs to an old open cast mining site. The event caused a 1.5 m (4.9 feet) high tsunami which damaged properties in a village on the other side of the lake.

According to local media reports, this area has a history of known geotechnical problems and was under remediation to allow the site to become a recreation attraction — which appears to be the cause of the slide.

Experts from the Saxon Mining Authority said dump material has been removed and work was being prepared in the bank area on the same day. 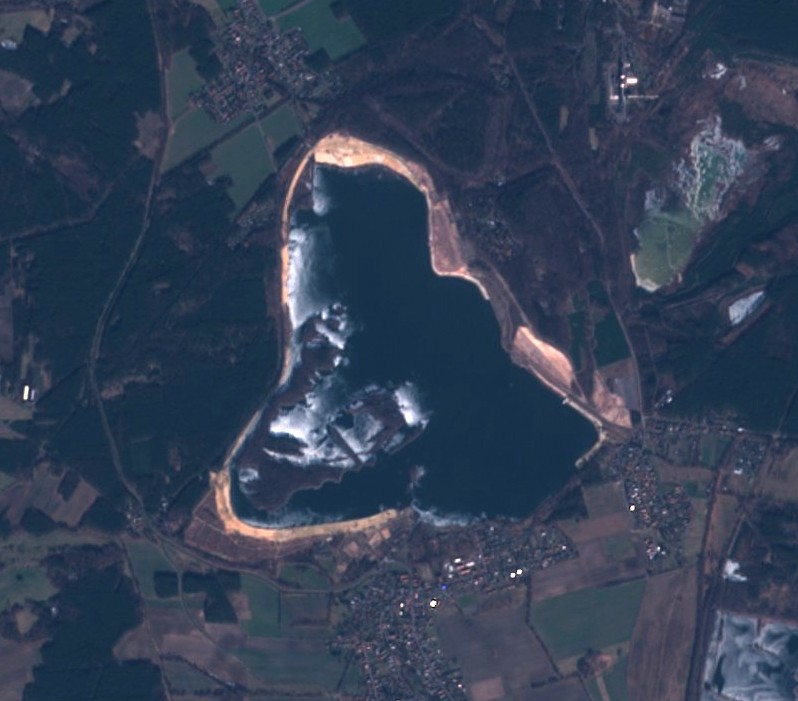 A damaging displacement wave of about 1.5 m (4.9 feet) was generated during the event, damaging properties in the village of Groß Särchen on the other side of the lake.

"While this [tsunami] would be small in a marine environment, in a non-tidal lake this is a significant event," Dr. Dave Petley of The Landslide Blog said.

The water masses hit a bungalow settlement, which was largely destroyed as a result. The water hit some buildings so hard that fences were washed away, and windows and walls broken.

According to Blaulicht Magazin, the banks began to be secured immediately with fences put up again so that no people were in danger.

It cannot be ruled out that there could be further landslides, experts said.

"Large failures in open cast coal mines, or in coal mine waste piles, are not rare," Petley said.