Nearly 5 000 earthquakes have been registered in two distinct clusters on Reykjanes Peninsula, Iceland since February 24, 2021.

The IMO's SIL system has detected 11 earthquakes over M4.0 and many larger than M3.0. The earthquakes have been felt all over the SV-part of Iceland, north to Húnaþing and west to Ísafjörður.

This morning at 08:37 UTC an earthquake of M3.2 occurred just 2 km (1.2 miles) E of Fagradalsfjall and was felt in the surrounding area. 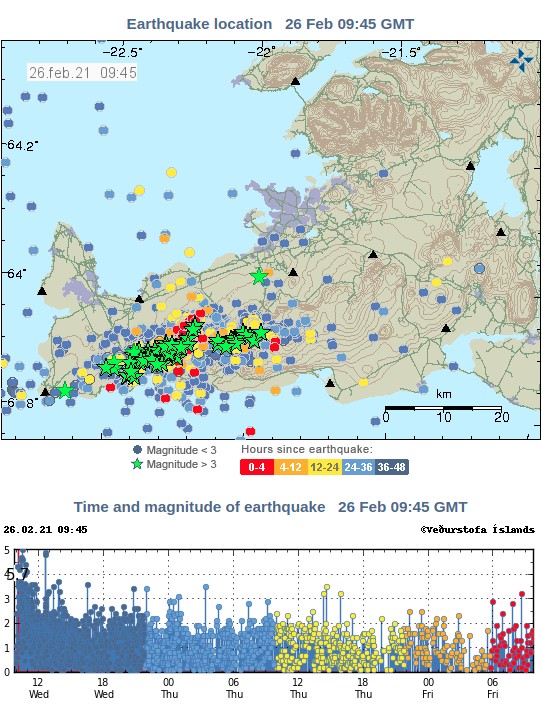 The swarm is still ongoing and since February 24 the SIL system has detected around 5 000 earthquakes in the area, IMO said.

Due to the ongoing seismic activity, people are advised to avoid steep terrain as rocks and boulders can fall and the chances of landslides are increased.

The current activity on the Reykjanes peninsula, which can in fact be traced back more than a year, has been divided into sections and it is difficult to predict the exact development, but these two scenarios are primarily looked at: