Intense earthquake swarm that started in Fagradalsfjall, Iceland's Reykjavik peninsula on July 18, 2020, is slowly decreasing over time, the Icelandic Met Office (IMO) reports. The current earthquake activity is interpreted to be part of a larger scale volcano-tectonic reactivation event in the Reykjanes peninsula.

The acquisition of recent satellite images enabled the mapping of new surface deformation in the area associated with the sequence of large earthquakes that occurred from July 18 to 20.

"The satellite data processing clearly shows a deformation signal corresponding to approximately 3 cm (1.18 inches) of movement along a NE-SW oriented fault in the region of Fagradalsfjall," IMO stated, adding that this fault was identified during the 2017 earthquake swarm which also occurred in this area.

The images acquired during the period also reveal a localized subsidence signal in the Svartsengi area. The observed subsidence commenced between July 16 and 18, slightly before the occurrence of the large tectonic earthquakes in Fagradalsfjall. 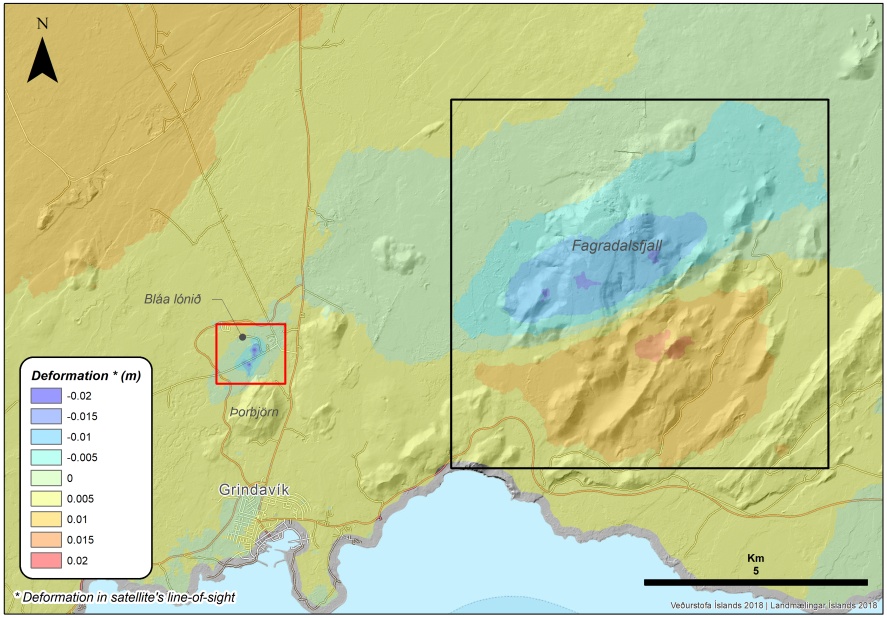 The next satellite image, expected at the end of this week, will confirm if the deflation is still ongoing or if this has stopped. In addition, deformation modeling will be undertaken to verify the origin of this signal.

No significant changes are reported regarding the geochemical measurements performed this week. Additionally, the geothermal power plant in Svartsengi reports no changes in their routine measurements. 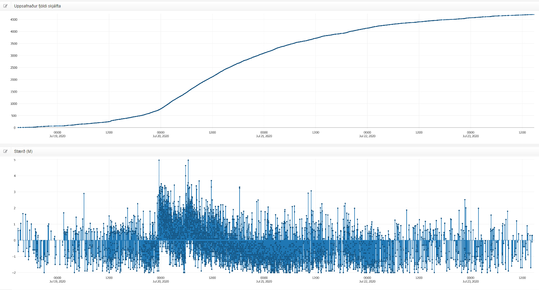 "The ongoing activity on the Reykjanes peninsula, which commenced at the end of 2019, reflects a widespread volcano-tectonic reactivation of a large section of the peninsula, currently spanning Eldey in the west to Krýsuvík in the east," IMO specialists concluded.

This activity, including additional earthquakes and magmatic intrusions, is likely to continue, with the focus switching between different areas along the peninsula.

Possible hazards, as determined by IMO: