A very intense earthquake swarm started close to Fagradalsfjall in Reykjanes Peninsula, Iceland on the morning of February 24, 2021.

The strongest in the sequence so far was M5.7, 3 km (1.8 miles) SSW of Keilir at 10:05 UTC, followed by numerous aftershocks. The quake was felt in many parts of the country, including in Húnaþing, Ólafsvík, Ísafjörður, and Hella.

The Icelandic Met Office (IMO) is advising people to avoid steep terrain as rocks and boulders can fall and chances of landslides are increased.

IMO said more information will be available when the activity is further reviewed and encouraged people to familiarize themselves with the defenses and preparedness on the civil defense website. 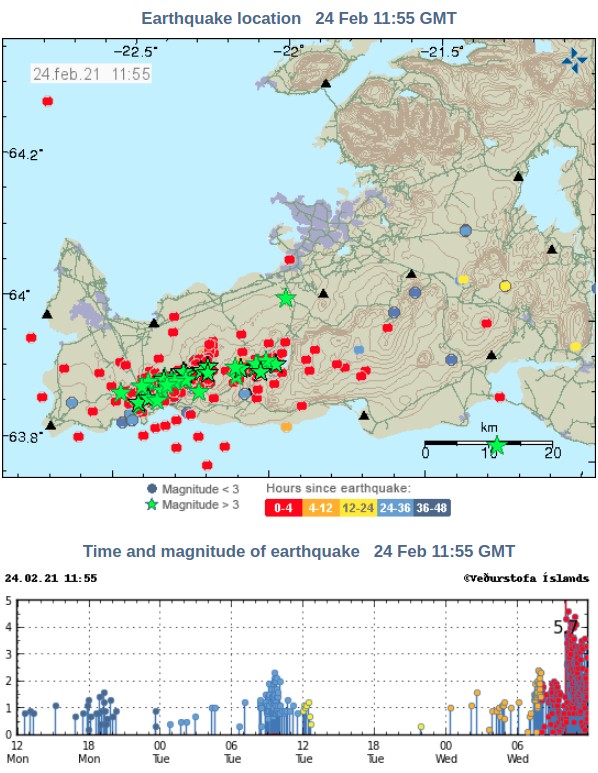 A total of 11 earthquakes with magnitudes above 4.0 were recorded, IMO said.

USGS registered the strongest quake as M5.6 at a depth of 10 km (6.2 miles) and issued a Yellow alert for economic losses.