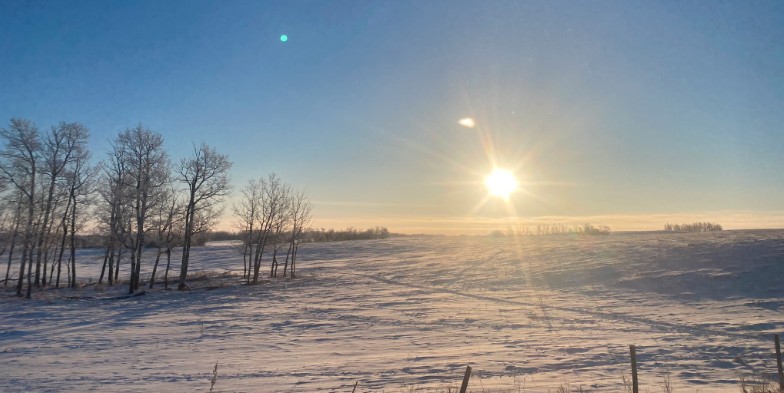 Polar vortex continues to bring piercing cold to the Canadian Prairies — Manitoba, Saskatchewan, and Alberta — since Sunday, February 7, 2021. According to Environment Canada, 22 cold weather records were smashed throughout the three provinces, while the Northwest Territories recorded the coldest temperature for the whole country in nearly four years with -51.9 °C (-61.4 °F).

Canada also logged its coldest temperature in almost four years as the Northwest Territories confirmed a reading of -51.9 °C (-61.4 °F).

Environment Canada meteorologist Terri Lang told CTVNews that the last time such cold temperatures were recorded in Canada was in March 2017, when the mercury hit -54.7 °C (-66.5 °F) in Mould Bay.

A beautiful winter’s day courtesy of the #polarvortex and great inspiration for a new blog. pic.twitter.com/6lfhnlcHLA

"The spinning up of the cold air up around the North Pole deepens and strengthens in the winter because of the lack of sunshine," said Lang. The polar vortex contains Arctic air that sits over the poles for most of the winter, which falls into Canada when the weather systems break down heading into spring.

"Across [the] Prairies, we're just getting some of that cold air that's coming down because the jet stream has looped far enough south. This is what happens every winter, and it’s what gives Canada its cold weather."

"It's going to be here for a while," Lang added. "Once that really deep, cold air settles in, it's kind of hard to move out. It's very dense, it's very heavy, so it's really hard to get it out of there."

The remnants of the polar vortex will stay between Alberta and Manitoba for the week and then move into some regions of British Columbia as the wind chill makes the weather even colder.