"Due to the level of flooding that we have had, we've had a number of quite severe slips– landslips on our Napier Hill area," mayor Kirsten Wise told RNZ on Monday. "[There was] a lot of pressure on our infrastructure."

"We're also in the process of evacuating a number of households. So it is certainly not a good position to be in, and we just wanted to ensure that we were in the best possible position to be able to keep our community safe."

According to the Civil Defense, the police had evacuated one side of Havelock Road. It also reported landslips on at least five roads, and 14 roads and streets were closed. 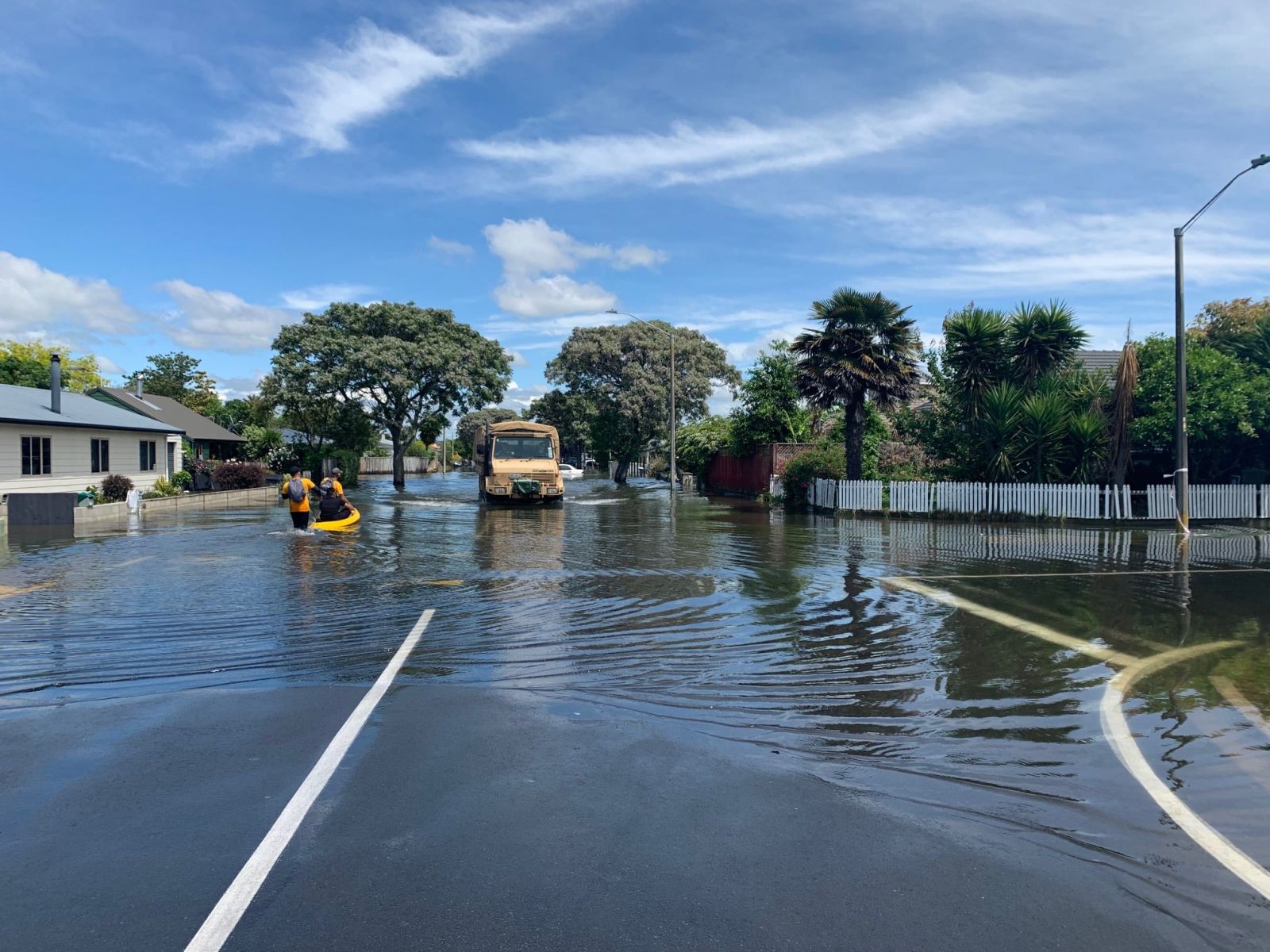 So grateful to have left Napier yesterday when the hard rain began. Unfortunately it turned into a record breaking flood.

The mayor has declared a local state of emergency.
Stay safe out there Napierites  pic.twitter.com/tXlbjjjc79

More than 3 300 houses lost electricity. Unison spokesman Danny Gough assured that they have "all available resources on stand-by," for repairs. "Our crews will still attend to any emergency situations if required."

"Our conservatory is shin-deep [in water] leading into our house, both the shed and our cars in the driveway are flooded, almost half-way up to the door," said McGregor Ave resident Carrie Smith, who was one of the affected customers without power. Her vehicles were also among those swept away by floods.

Much of the city center remained underwater on Tuesday morning, prompting residents to kayak and use small boats on streets.

In a statement posted on Tuesday evening, the Fire and Emergency NZ said 135 properties had been assessed, with 23 deemed uninhabitable and 12 of those were significantly damaged.

"Our assessment teams are focusing on people’s welfare in the most impacted areas of Maraenui, Marewa, and Pirimai."

As of Wednesday morning, November 11, 60 people remain in emergency shelters, 70 homes still have no electricity, and up to three schools are still closed. Minister for Emergency Services Kiri Allan said the damage assessment is at the preliminary stage.

423% of the November normal in a single day