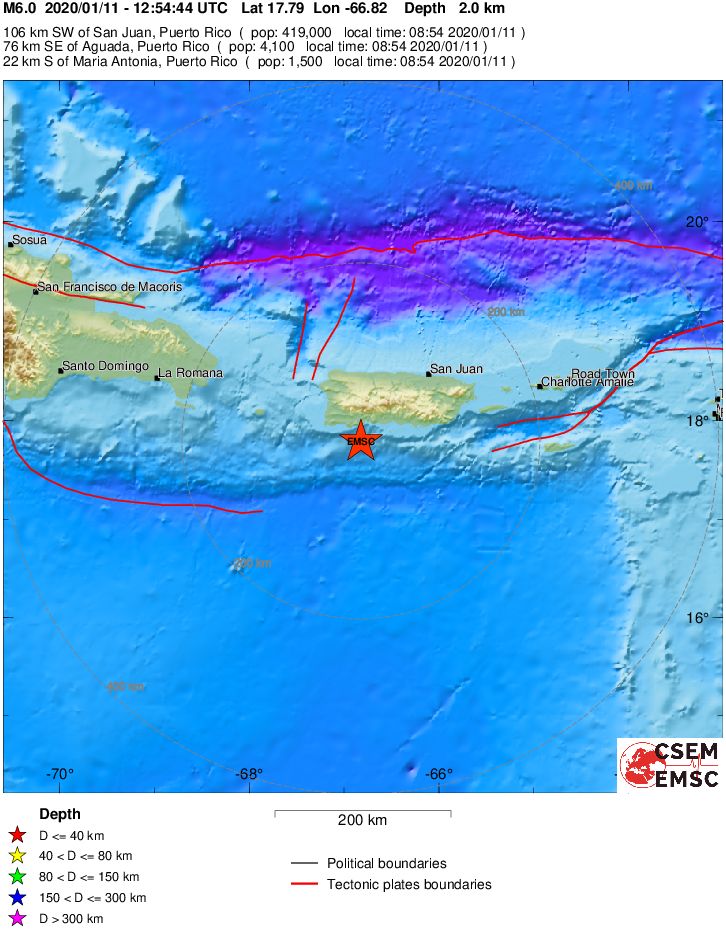 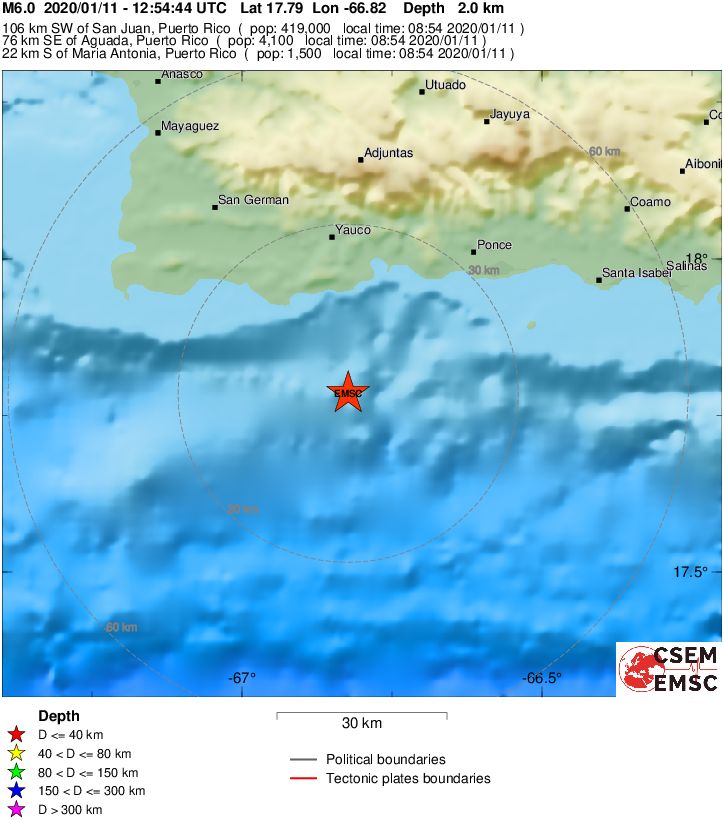 The USGS issued a green alert for shaking related casualties and yellow for economic losses. Some damage is possible and the impact should be relatively localized. Estimated economic losses are less than 1% of GDP of Puerto Rico. Past events with this alert level have required a local or regional level response.

Overall, the population in this region resides in structures that are resistant to earthquake shaking, though vulnerable structures exist. The predominant vulnerable building types are mud wall and informal (metal, timber, GI etc.) construction. 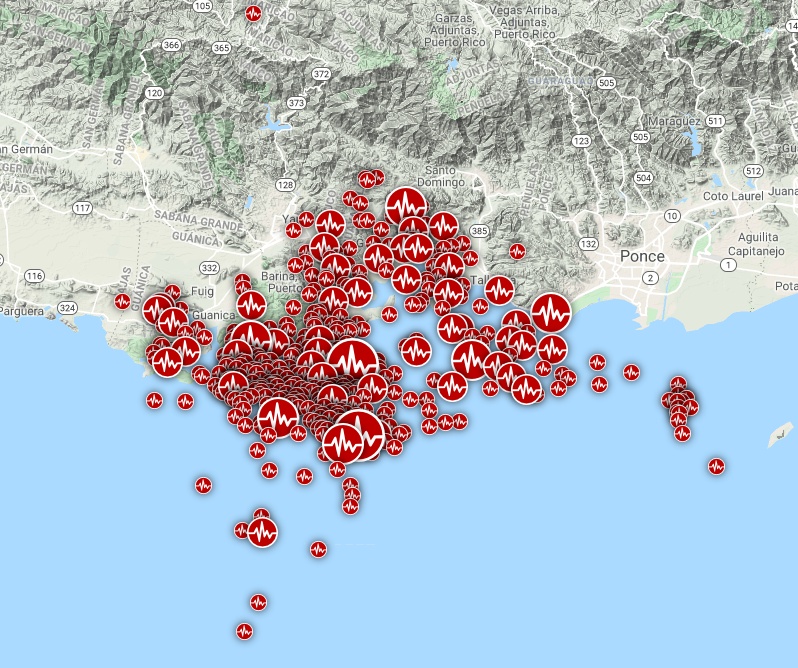 This earthquake sequence is consistent with the expectations of seismicity in the region, the USGS said January 10.

Historically the region has seen moderate seismicity, but Puerto Rico is tectonically active, and infrequent naturally occurring large earthquakes are expected. Before this sequence, within the last 50 years and within 31 miles of the M 6.4 quake’s epicenter, there have been 10 earthquakes M 4.0+. 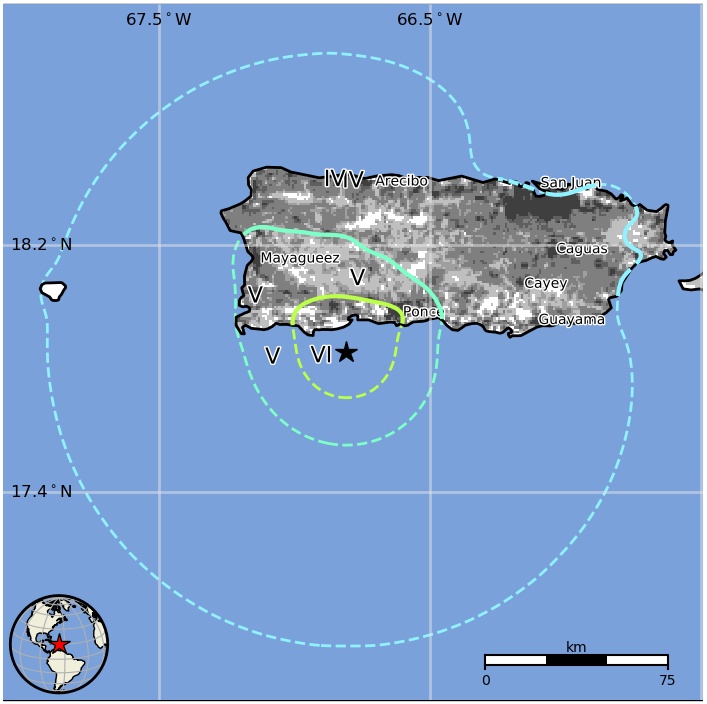 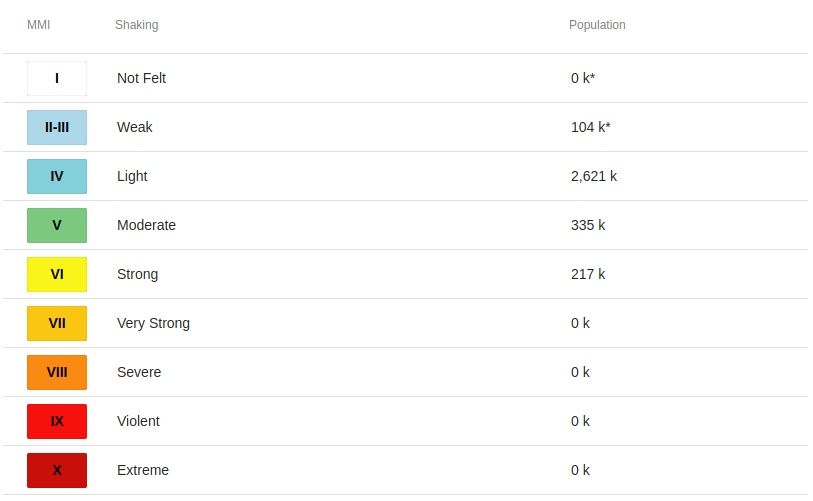 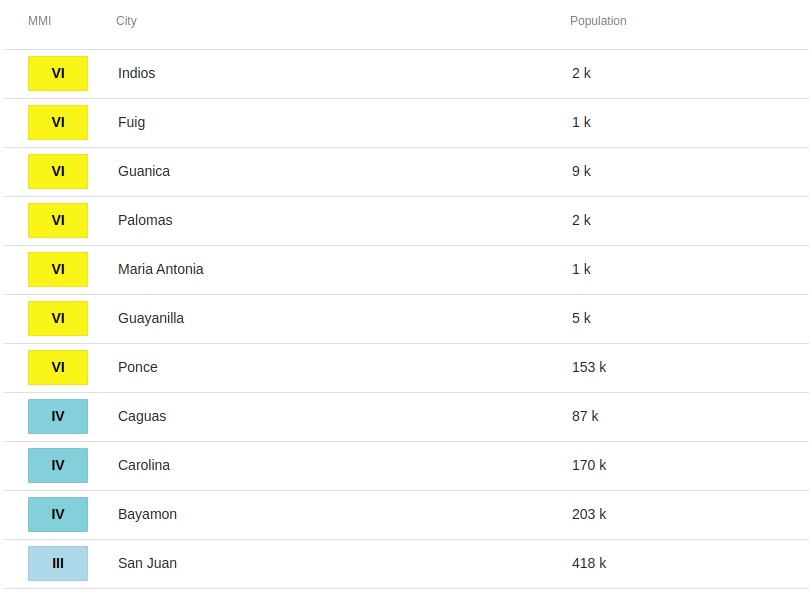 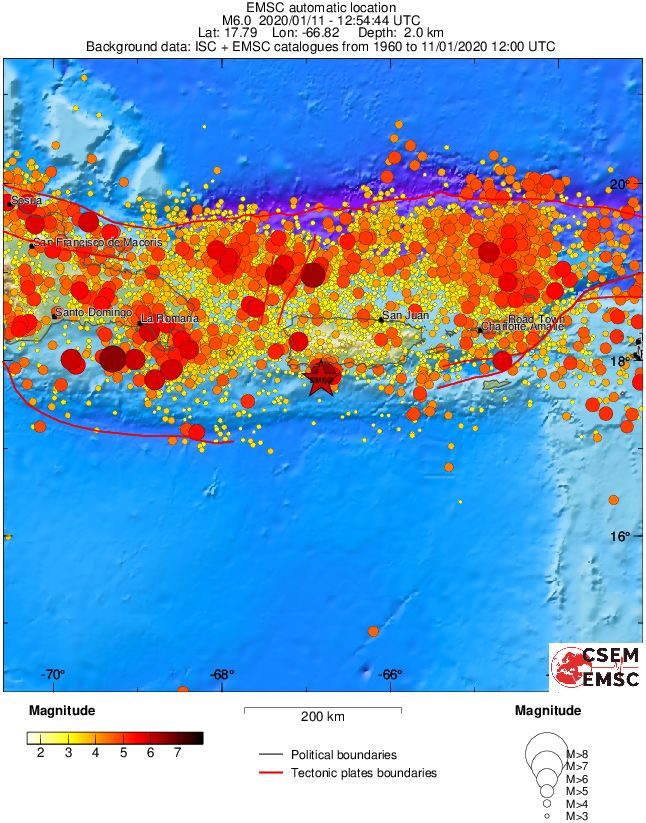