Some scientists theorize that Jupiter acts like a giant space shield– due to its tremendous mass, it sucks in or deflects dangerous space objects. However, studies led by American planetary physicist Kevin Grazier demonstrate that the planet is actually a threat that acts like a 'sniper', gathering debris and flinging them toward the inner solar system; toward Earth.

According to Grazier, his extensive work could put the 'Jupiter Shield' theory to rest. "Our simulations show that Jupiter is just as likely to send comets at Earth as deflect them away, and we’ve seen that in the real solar system."

New scientific models showed the complex processes behind how such a celestial object can be a threat.

The 2018 study takes a look at the complex ways in which space objects are affected by the Jovian planets– Jupiter, Saturn, Neptune, and Uranus.

Meanwhile, the 2019 paper delves into how the Centaurs, a family of icy bodies, are being shaped by Jupiter into potentially harmful comets, particularly a collection of objects called Jupiter Family Comets (JFC).

Objects in the scattered disc, a ring within the Kuiper Belt that holds many Neptune-approaching planetesimals– are shown to be influenced by the Jovian planets.

Grazier and his colleagues acknowledged, however, that although their models can show how Jupiter takes debris into its orbit and throws it back, the planet can also act as a shield at the same time.

The findings showed that "Centaur objects, Jupiter Family Comets, and objects in the Scattered Disk are not dynamically distinct populations– that the orbits of objects in these families evolve under the gravitational influence of the Jovian planets, and objects can move between these three dynamical classifications many times over their lifetimes."

The model confirmed a long-standing theory that Centaurs are fed by the scattering disc and that the Jovian planets play a role in this process. The model also showed how JFCs form.

"This research was equal parts planetary dynamics and computer science or, arguably, data science. In our simulations, a large fraction of the objects that become JFCs are first grabbed by Jupiter into what are called temporary capture orbits, or TSCs—orbits that circle Jupiter a few times, then leave Jupiter, often on a very different orbit. We know that TSCs happen. The comet P/111 Helin-Roman-Crockett spent over 11 years in orbit around Jupiter in the 70s and 80s and will be captured again in the 2070s. The exit geometry from these events is what determines if the object is on a JFC orbit or not," Grazier detailed.

The first member of the JFC was identified in 1767 when an object called D1770 L1 Lexell made a close approach to Jupiter, resulting in the object migrating into an Earth-crossing orbit. "We’ve known that Jupiter converts outer Solar System objects into JFCs for some time, we just haven’t had a model for exactly how that process unfolds until now."

He added that although Jupiter or even Saturn still act as shields, these gas planets mostly protect Earth from objects caught between them. It's a different story for objects in the outer solar system.

Research co-author Jonti Horner, an astronomer at the University of Southern Queensland, said Jupiter can be both a sniper and a shield.

"It takes things that threaten Earth and flings them away, clearing space near our planet," he said. "So in that sense, it is something of a shield."

"On the flip side, though, it takes things that come nowhere near-Earth and flings them our way, meaning it is also a threat. To find out which side is more important– to determine whether Jupiter is truly friend or foe– you need to look at the story in some detail." 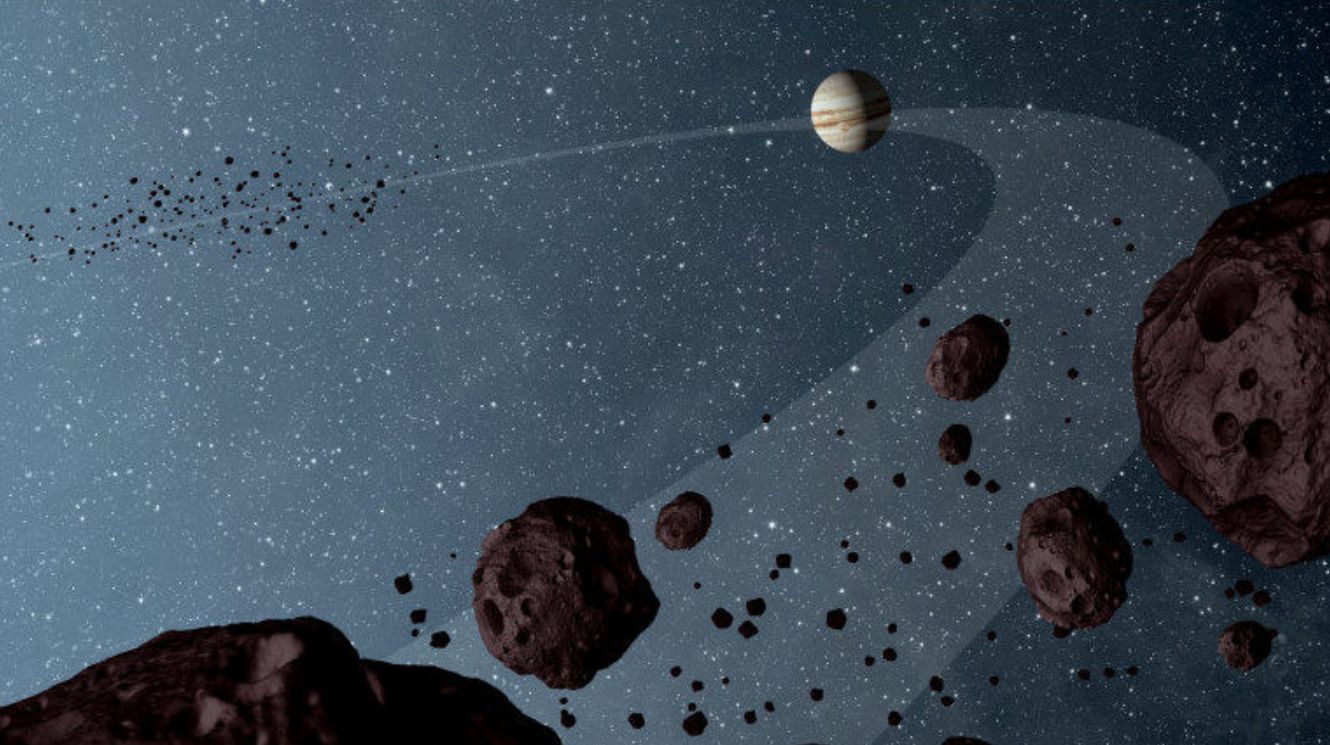 The simulations also predicted the existence of other planetary family comets.

"One interesting thing our work highlights is that Saturn– and to a lesser extent, Uranus and Neptune– also have their own comet families, but those are much smaller than those controlled by Jupiter," Horner noted.

"Whilst it might seem like our work is predicting something we haven’t yet seen, it’s actually the case that our work is supporting and explaining what we already see. The Jupiter family comets have been known for a long, long time, and it has always been thought that Jupiter throws them inward and controls their orbits."

Moreover, Grazier explained, "We already know that Earth is in the cosmic cross-hairs. There are hundreds of near-Earth objects that are potentially hazardous. I think we now just have to pay more attention to what’s happening a bit farther away in Jupiter’s neighborhood."

Comets and asteroid impacts were essential when the Earth was new as these objects brought essential ingredients needed to create life. However, in the present time, these impacts could trigger mass extinctions.

NASA is considering a pair of missions to observe Jupiter's Centaurs up close with two spacecraft named Centaurus and Chimera. Once approved, these missions could provide more about the beginning of the solar system, more significantly, the ways in which these objects pose risks to Earth.

Do jovian-like planets in a planetary system shield habitable planets from impact events, or might they instead deliver potential impactors from the outer fringes of planetary system to its habitable zone? Using our Solar System as a testbed, we simulated the trajectories, and tracked the orbital evolutions and close encounter history, of 40,000 particles — 10,000 in each of the outer planet gaps and 10,000 in the Kuiper Belt – with a highly accurate 13th order modified Stormer integrator. The planetesimals were initially on low-eccentricity orbits, hence no threat to impact any of the terrestrial planets. Nevertheless, we found that through a series of close planet/planetesimal encounters, a significant fraction of planetesimals were successively handed down — with increasingly smaller perihelion distances – to the inner Solar System. In our simulations Jupiter was, in fact, responsible for the vast majority of the encounters that kicked outer planet material into the terrestrial planet region. Our simulation suggests that instead of shielding the terrestrial planets, Jupiter was, in fact, taking "pot shots".

Centaurs – icy bodies orbiting beyond Jupiter and interior to Neptune – are believed to be dynamically related to Jupiter Family Comets (JFCs), which have aphelia near Jupiter's orbit and perihelia in the inner Solar system. Previous dynamical simulations have recreated the Centaur/JFC conversion, but the mechanism behind that process remains poorly described. We have performed a numerical simulation of Centaur analogues that recreates this process, generating a data set detailing over 2.6 million close planet/planetesimal interactions. We explore scenarios stored within that data base and, from those, describe the mechanism by which Centaur objects are converted into JFCs. Because many JFCs have perihelia in the terrestrial planet region, and since Centaurs are constantly resupplied from the Scattered Disc, the JFCs are an ever-present impact threat.

Previous studies have suggested that the scattered disk is populated by planetesimals that once orbited in the reservoirs between the Jovian planets. Other studies have concluded that the source region for the Centaurs and Jupiter family comets (JFCs) is the scattered disk. Still other studies have suggested dynamical links between Centaurs and JFCs. The overarching goal of this study is to build upon our previous work and, using data mining techniques derived from big data applications, explore a database of close planet/planetesimal approaches in order to both examine these claims and demonstrate how complicated the trajectories of planetesimals wending between the Jovian planets can be—as they are subjected to impulsive alterations by close planetary encounters and resonant effects. Our results show that Centaurs, JFCs, and scattered disk objects are not dynamically distinct populations, and the paths planetesimals take over their lifetimes can be extremely complex. An understanding of this complexity offers solutions to other outstanding questions about the current solar system architecture.