When a massive dust storm on Mars– like the one in 2018– reaches its full potential, it can transform into a globe-bestriding colossus. This happens often on the red planet, and these storms typically start out as a sequence of smaller storms. NASA scientists said these can spew huge towers of dust up to 80 km (50 miles) high, and that phenomenon might explain how water disappeared on Mars. NASA spacecraft, including the Mars Reconnaissance Orbiter, were able to detect key information about the storm that enables scientists to understand this phenomenon.

Dust towers occur when dust clouds react to the Sun's warmth, rising vertically. The gigantic clouds can climb astonishingly high due to the thin atmosphere, and they are also very dense. 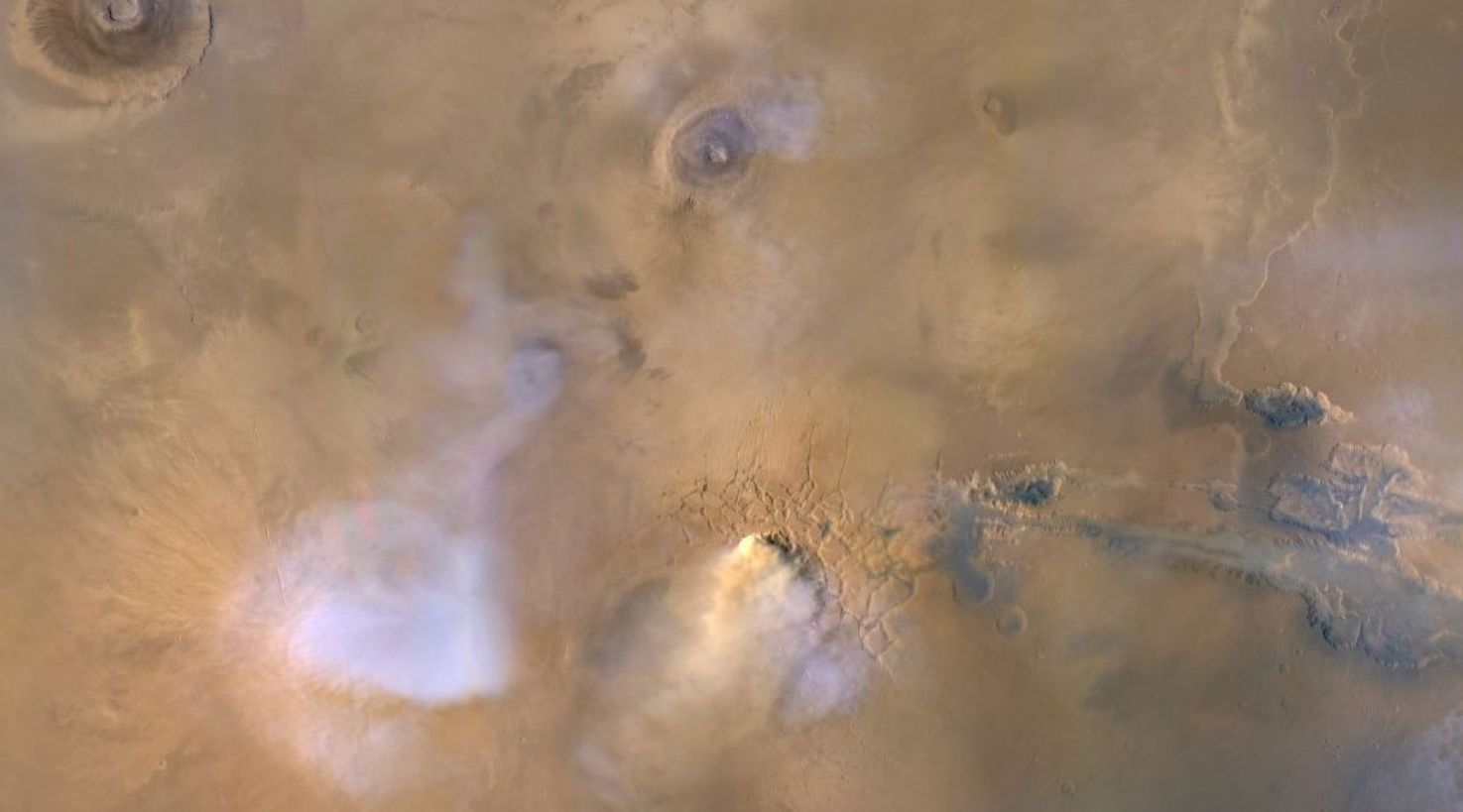 The towers are produced when a large area of dust– the width of Rhode Island for instance– lifts up into the air. The dust grows into a tower 80 km (50 miles) high, spreading out to span the width of Nevada.

When the tower falls apart, the dust layer remaining 56 km (35 miles) above Mars' surface– could be the size of the United States' width. Dust towers do not require a global dust storm which affects the entire planet to form, but there are many more of them during global storms. The turning of towers could last for weeks.

"Normally the dust would fall down in a day or so," said one of the authors, Nicholas Heavens, from Hampton University.  "But during a global storm, dust towers are renewed continuously for weeks."

According to NASA, it's possible that water vapor trapped in the dust cloud essentially "catch a ride" on the towers and pass through the thin atmosphere into space, where water could be torn apart by solar radiation. Researchers believe that this is one plausible explanation behind the disappearance of water on the red planet billions of years ago.

A study suggests that Mars was once warm enough for rainstorms and flowing water to exist, which would be vital in an environment capable of supporting life. However, although water on ancient Mars has been known for years, its form was still up for debate.

A warm surface with flowing water supports the hypothesis that life could have formed independently on Mars' surface. Presently, water vapor appears on the red planet as thin, wispy clouds. Thus, if heated dust goes up, it could carry water vapor. Although dust storms are common on Mars, planet-encircling storms are rarer.

"Global dust storms are really unusual," said David Kass, Mars Climate Sounder scientist at NASA's Jet Propulsion Laboratory.  "We really don't have anything like this on the Earth, where the entire planet's weather changes for several months."

Dusty convection, convective activity powered by radiative heating of dust, is a ubiquitous phenomenon in Mars's atmosphere but is especially deep (i.e., impactful on the middle atmosphere) and widespread during planet‐encircling dust events (PEDEs) that occur every few Mars Years (MYs). Yet the relative roles of dusty deep convection and global dynamics, such as the principal meridional overturning cell and the radiative tides, in dust storm development and the vertical transport of dust and water are still unclear. Here, observations from the Mars Climate Sounder on board Mars Reconnaissance Orbiter (MRO‐MCS) are used to study dusty deep convection and its impact on middle atmospheric water content during the MY 34 PEDE (commenced June 2018). Additional context is provided by MRO‐MCS observations of the MY 28 PEDE (commenced June 2007). This investigation establishes that a few, localized centers of dusty deep convection in the tropics formed in the initial phases of both PEDE simultaneously with a substantial increase in middle atmospheric water content. The growth phase of the MY 34 PEDE was defined by episodic outbreaks of deep convection along the Acidalia and Utopia storm tracks as opposed to less episodic, more longitudinally distributed convective activity during the MY 28 PEDE. The most intense convection during both PEDE was observed in southern/eastern Tharsis, where MRO‐MCS observed multiple instances of deep convective clouds transporting dust to altitudes of 70–90 km. These results suggest that Martian PEDE typically contain multiple convectively active mesoscale weather systems.