Save the Children's new analysis on December 2, 2019, shows that more than 1 200 people have lost their lives so far this year in natural disasters such as cyclones, floods, and landslides across East and Southern Africa, particularly Mozambique, Somalia, Kenya, Sudan, and Malawi.

2019 will be remembered as the year the climate crisis unleashed its wrath on parts of East and Southern Africa,

At least 33 million people in the region, or 10% of the population across ten countries, are at emergency levels of food insecurity. Among the figure are 16 million children, said Save the Children. 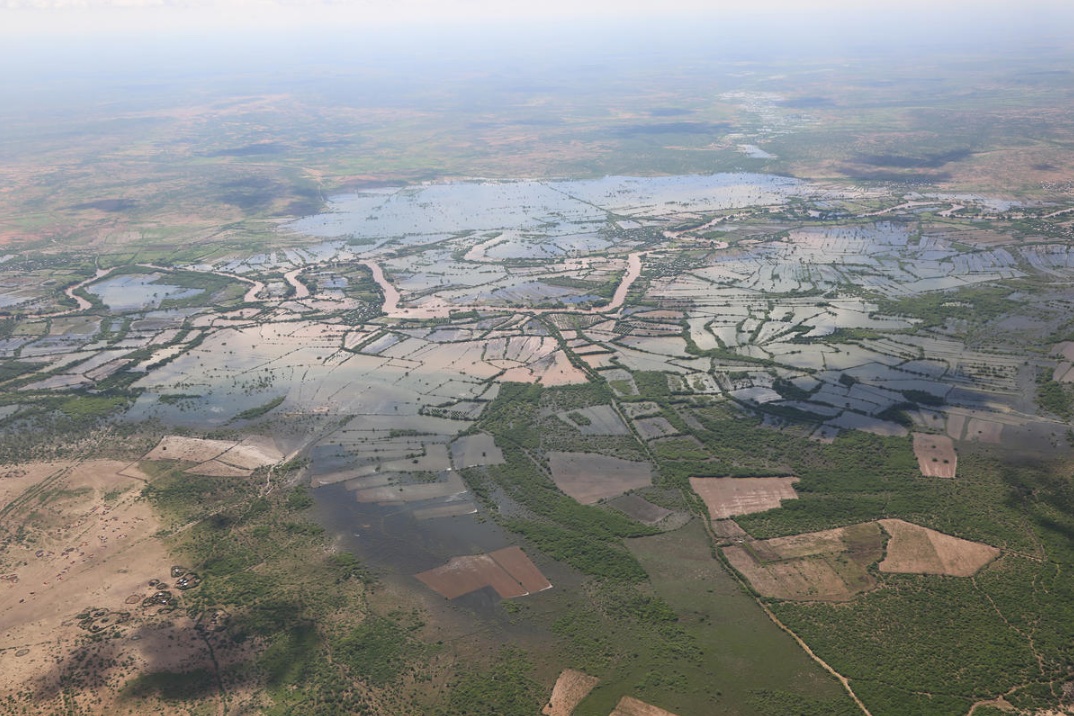 The aftermath of the floods in Beledwayne on November 7, 2019 — aerial view of the Shebelle River, which broke its banks and flooded the town of Beledwayne, pictured here underwater. Image credit: Mohamed Osman / Save the Children

Save the Children fears that rising hunger levels over the past 12 months will also have contributed to more deaths, as well as malnutrition especially amongst infants.

More than 1 million people across seven of the 10 countries had been displaced by climate shocks and half of these evacuations were the result of Cyclone "Idai" that hit Mozambique, Zimbabwe, and Malawi in March 2019. Weeks later, the region was hit by Cyclone "Kenneth" — the strongest ever to hit the continent. This was the first time two strong cyclones hit Mozambique in one season.

Featured image credit: Save the Children