Authorities are evacuating more than 100 000 people living in lahar-prone areas in the Bicol region, Philippines, ahead of the landfall of Typhoon "Kammuri", locally known as Tisoy. The storm has further intensified into Category 4 hurricane equivalent and its eyewall is now bringing violent winds over Northern Samar, Catanduanes, Albay, Camarines Sur, and Sorsogon.

Several airlines have canceled flights on December 2, December 3, and December 4, including AirAsia and NAIA. Manila City Mayor Isko Moreno has ordered the suspension of classes in all levels on December 3 as the storm approaches.

Ahead of landfall, Kammuri has already brought violent winds and heavy rains on the coast of the eastern Philippines.

Strong winds and heavy rain lashed the coast of eastern Philippines as Typhoon Kammuri -locally known as Tisoy – produced gusts of up to 120 kilometers-per-hour pic.twitter.com/wMlbZ9CXAl

According to Albay Public Safety and Emergency Management Office (APSEMO), 58 614 families or 307 493 persons living in 484 villages in the 15 towns and three cities are at risk due to flooding. Of this figure, 25 770 families or 106 211 persons are at risk by lahar and mudflows from Mount Mayon.

"We have to evacuate them and for those who are stubborn, I have directed the police to forcibly bring them to the nearest evacuation camps," Albay Governor Al Francis Bichara said.

Authorities and officials across the country have started preparing for the upcoming typhoon. 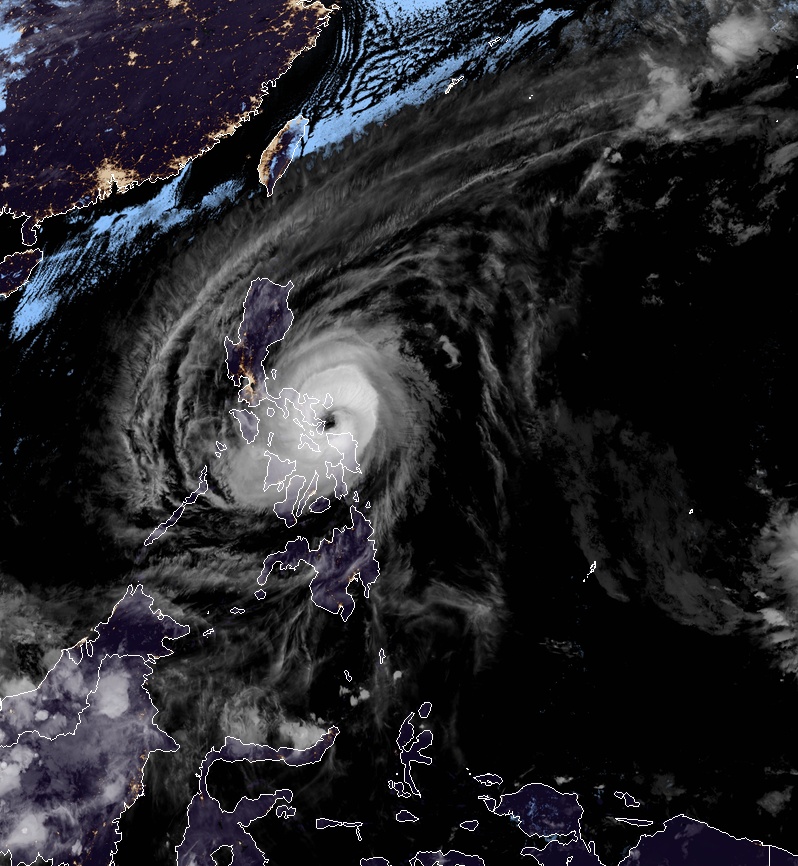 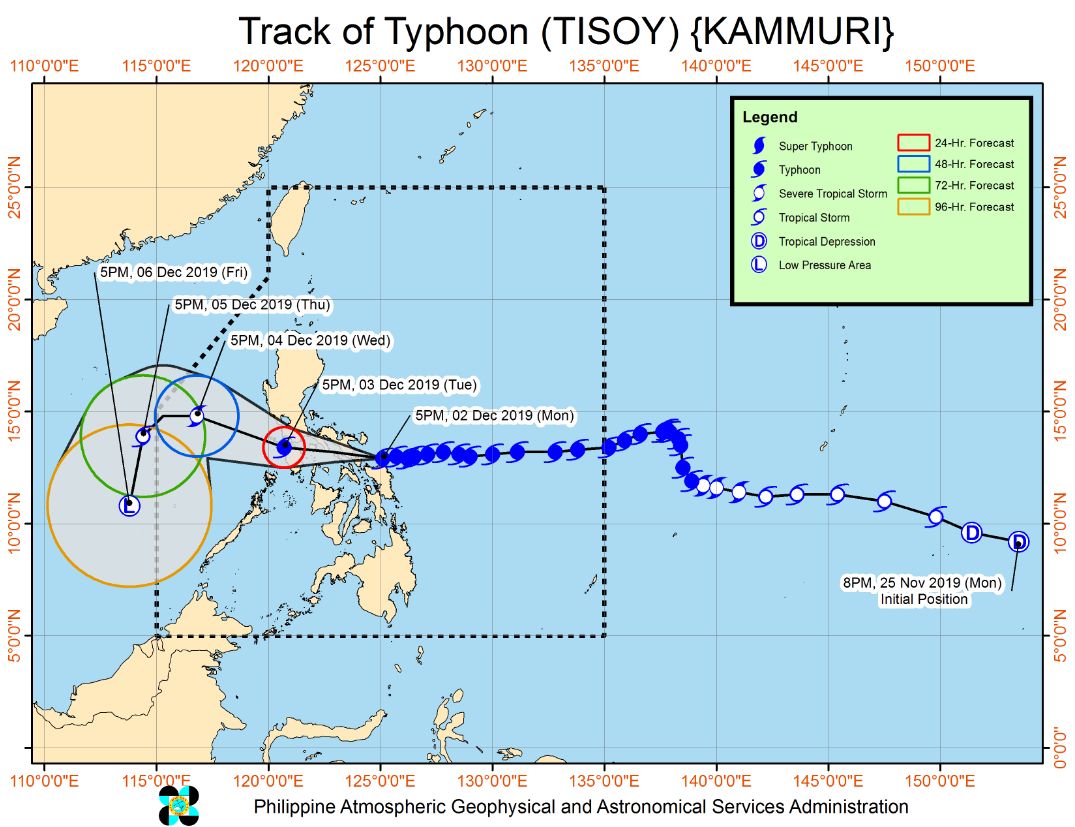 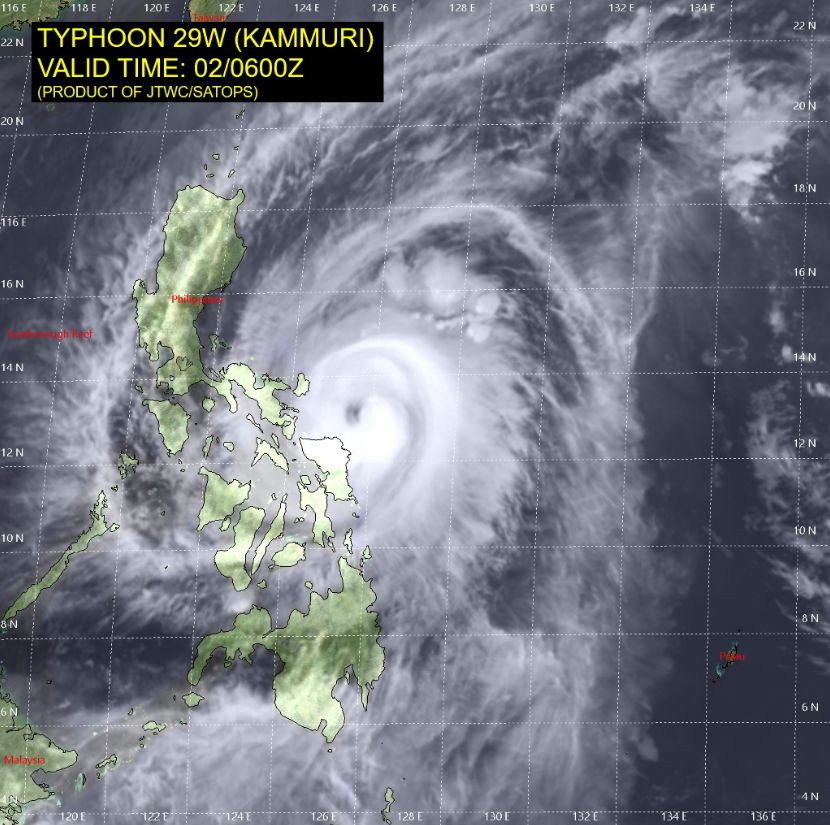 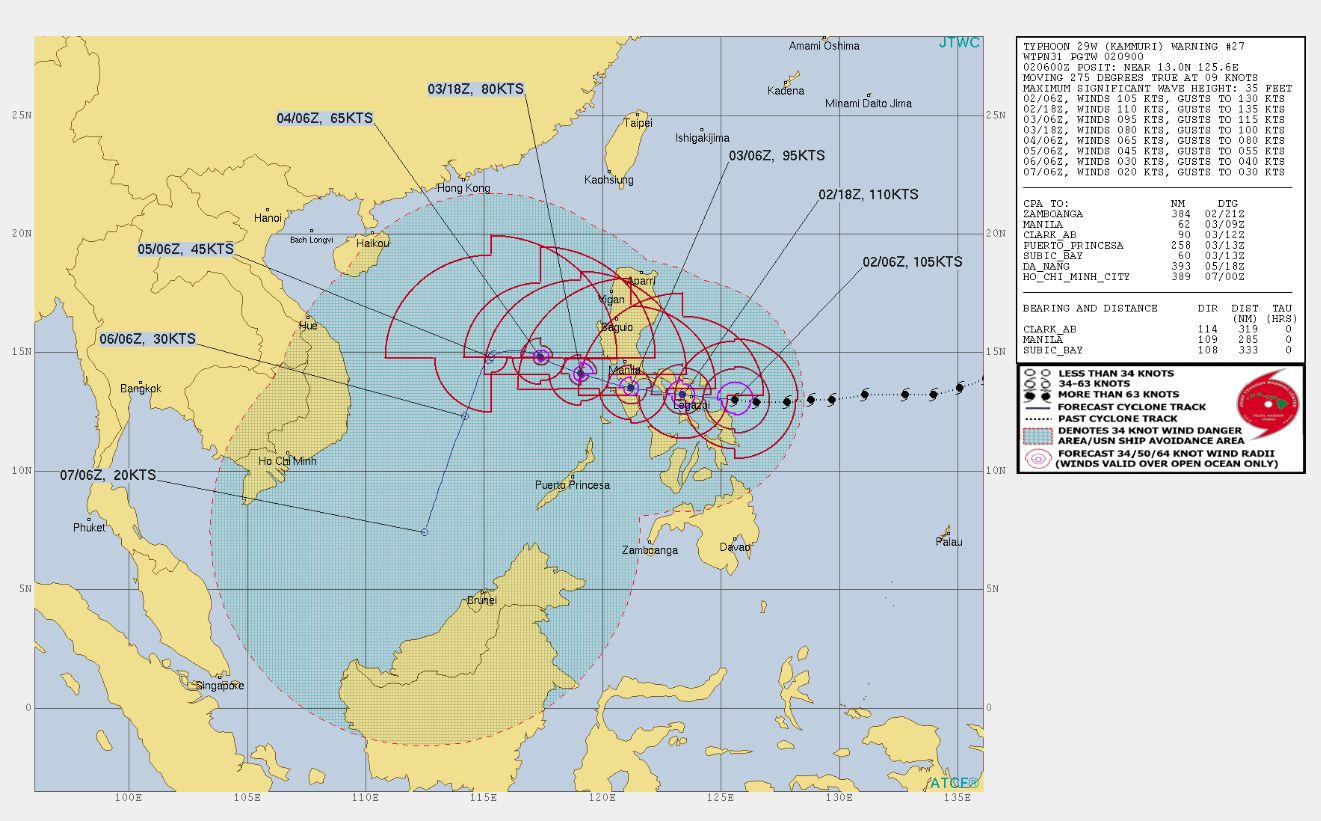 Tropical Cyclone Signal #3 is up in a lot of provinces in Luzon, including Catanduanes, Camarines Sur, Albay, Sorsogon, Camarines Norte, Masbate, and Quezon, and some provinces in the Visayas. Winds of greater than 121 up to 170 km/h (75 to 106 mph) may be expected in at least 18 hours.

Between December 2 evening and December 3 morning, frequent to continuous heavy rains to intense rains is expected over Bicol Region, Northern Samar, Southern Quezon, Marinduque, and Romblon, as well as Samar, Eastern Samar, Rizal, and the rest of Quezon, Laguna, and Oriental Mindoro.

Moderate to intermittent heavy rains are forecast over Metro Manila, Occidental Mindoro, the rest of CALABARZON, Cagayan, Isabela, Aurora, and the rest of Eastern Visayas.

Kammuri is set to make landfall in Sorsogon on Tuesday evening, December 2. 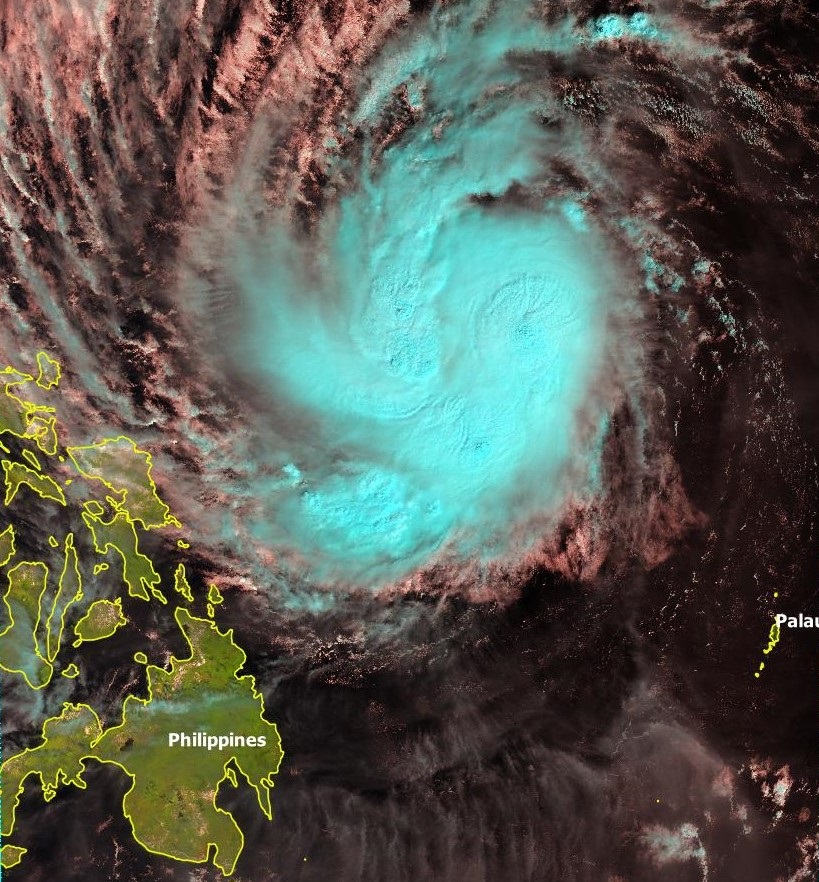 A view of Typhoon #Kammuri seen by the #Himawari satellite between 14-16 UTC today as it makes landfall in the #Philippines.
A nasty storm, I hope everyone in its path remains safe.