Just a couple of days after a close encounter with Category 3 Hurricane "Humberto," Bermuda is expecting another tropical cyclone this week. Although Jerry is no longer a hurricane, its impact is expected to be strong and a Tropical Storm Watch is in effect the entire country.

Tropical-storm-force winds are expected on Bermuda by late Tuesday (AST), September 24, NHC forecaster Roberts warned. Large swells are also expected to affect the coast of Bermuda during the next few days. These swells could cause life-threatening rip currents.

On the forecast track, the center of Jerry is expected to pass near Bermuda by early Wednesday (AST), September 25. 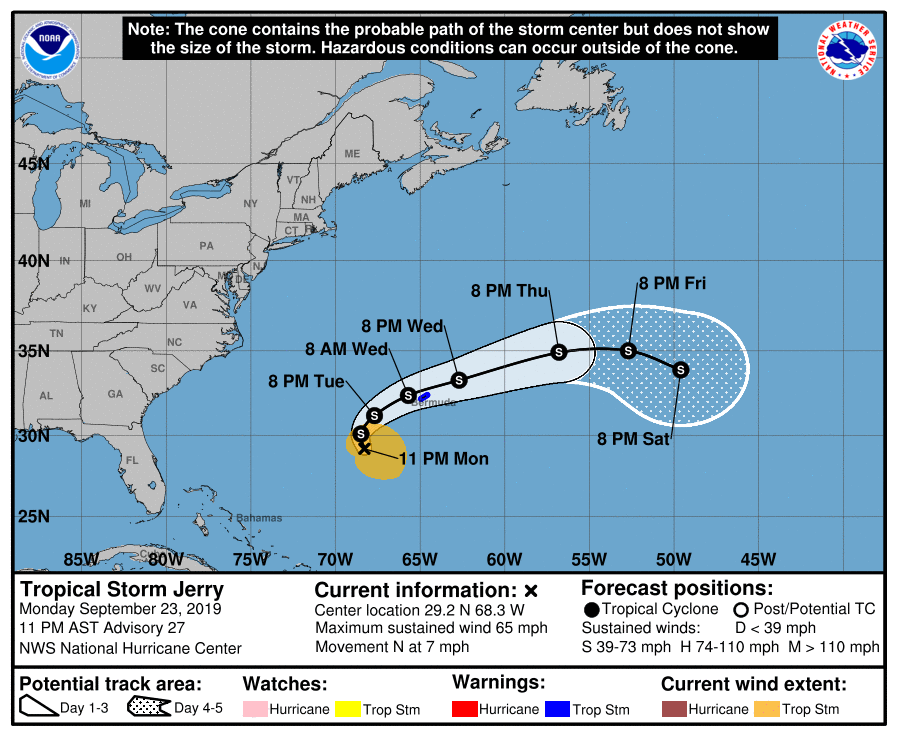 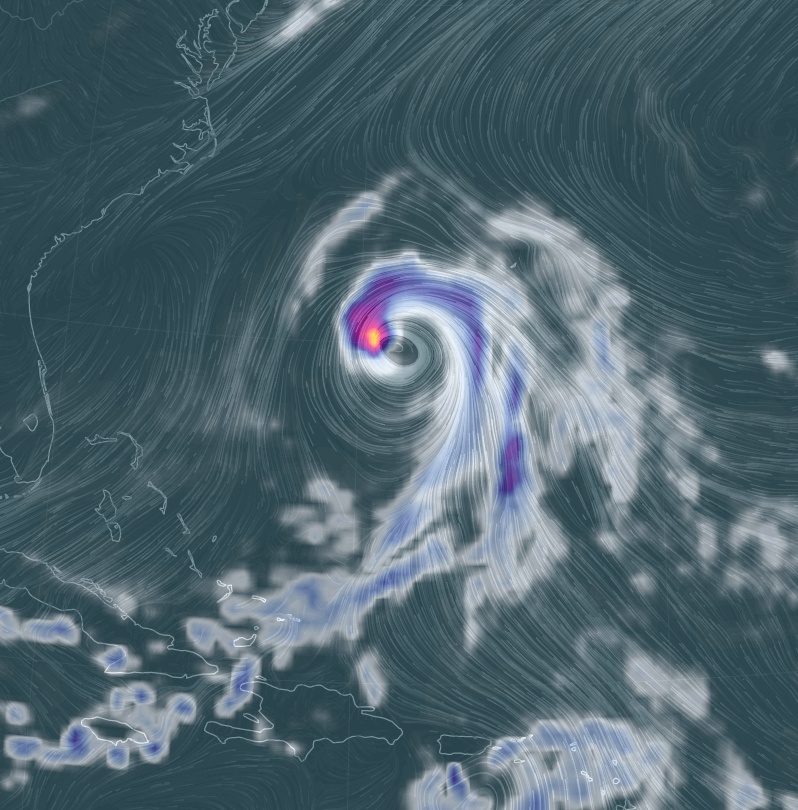 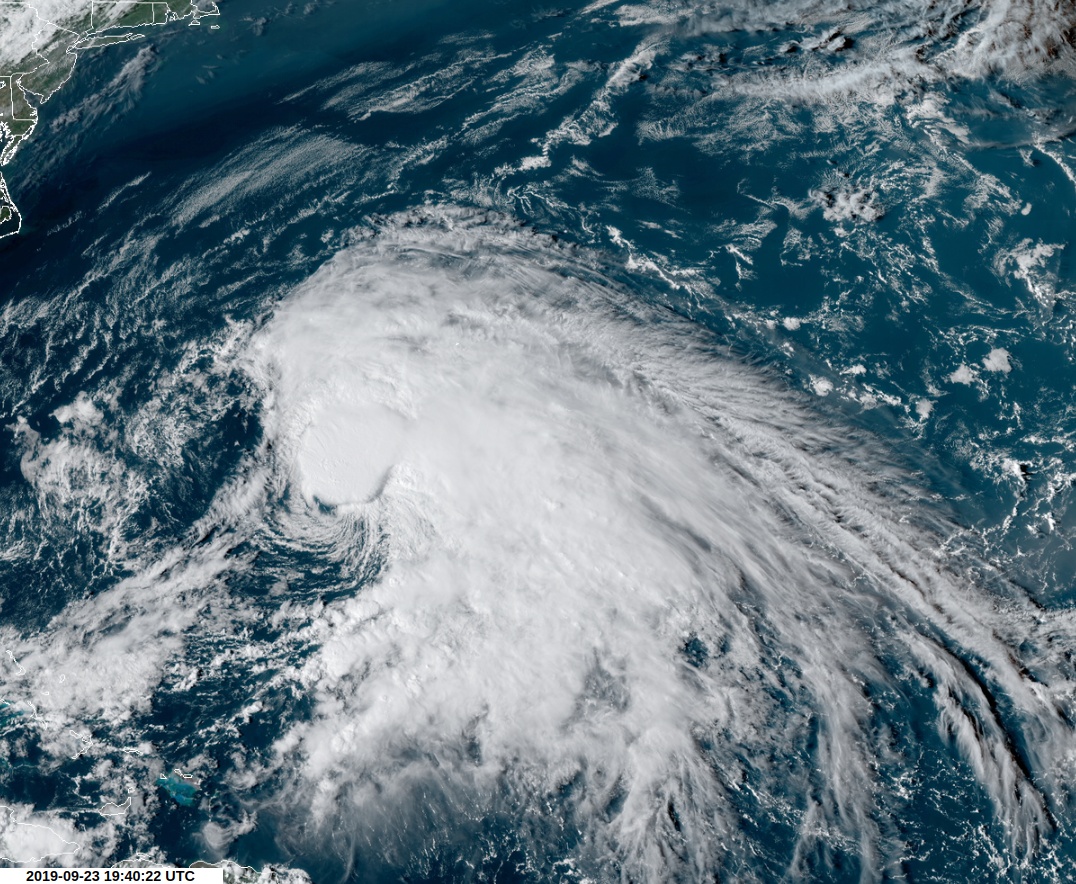 Jerry is expected to produce 25 – 75 mm (1 to 3 inches) of rainfall across Bermuda through Wednesday.

Swells generated by Jerry are beginning to increase along the coast of Bermuda, and they will continue to affect the island during the next few days.

Swells will affect portions of the northern Leeward Islands and Puerto Rico for another day or so.