Tropical Storm "Faxai" formed in the Pacific Ocean on September 5, 2019, as the 15th named storm of the 2019 Pacific typhoon season. The system is now closing in on Japan. Landfall is expected near Tokyo on September 8, 2019.

The environmental analysis depicts favorable conditions of low vertical wind shear and warm sea surface temperatures. However, these are offset slightly by fair poleward outflow which is being limited by the development of a transient upper-level anticyclone to the northwest. 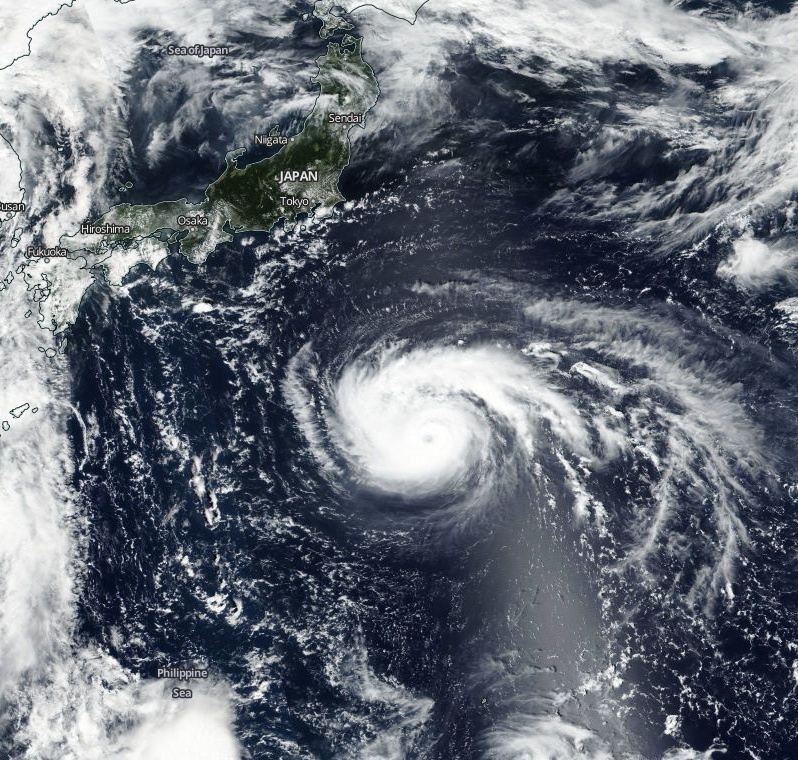 Faxai will maintain its northwestward track over the next 12 hours and slow down as it turns northward prior to landfall southeast of Tokyo around 15:00 UTC on September 8. It will then shift to a NE track, accelerating after transiting back over water.

There is significant uncertainty in the peak intensity with the high potential for a prolonged period of rapid intensification over the next 12 hours, JTWC said.

After landfall, the system will exit back over the Pacific where it will encounter cooler sea surface temperatures and increasing vertical wind shear which will gradually weaken the system until it dissipates. 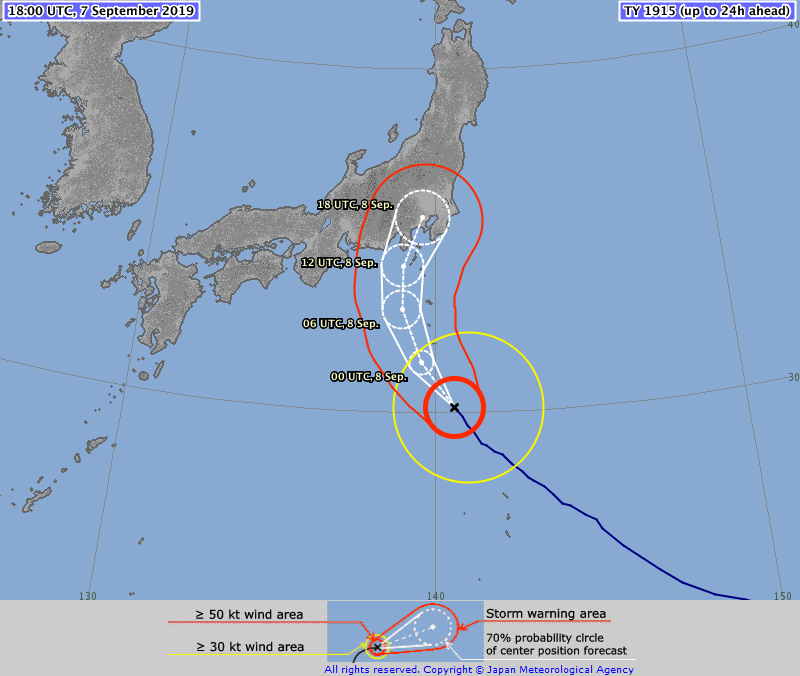 Damp air is expected to blow into areas in eastern Japan along the Pacific coast from the south between September 8 and 9 as the typhoon approaches the region, destabilizing atmospheric conditions and bringing thunderstorms to some areas, JMA said, as reported by The Mainichi. 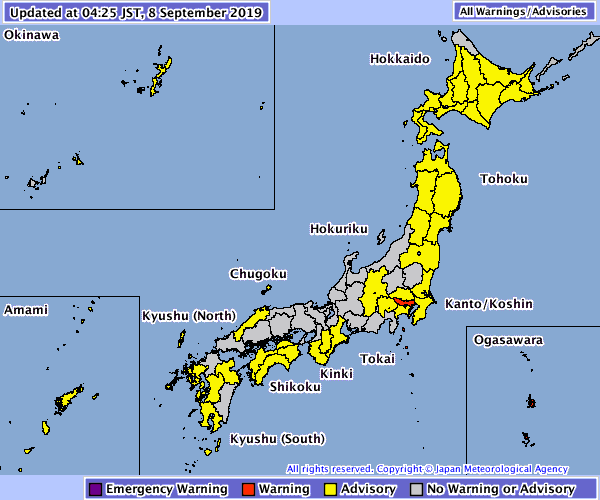 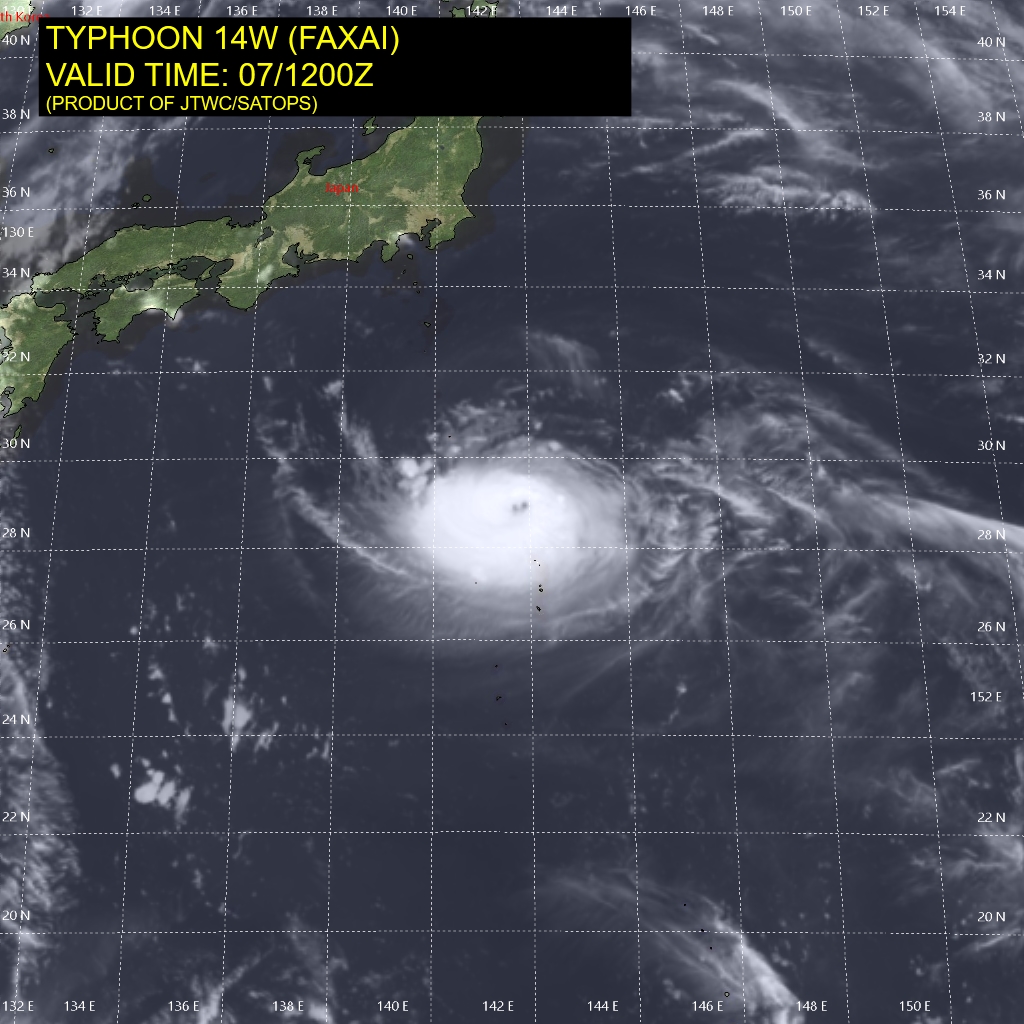