Since the second half of August, a slow and gradual rise of the mean amplitude has been recorded, which today, on the peripheric stations of the seismic network, has reached values comparable to those seen shortly before the December 2018 eruption, and higher than those observed before the eruptive episodes of May -July 2019. 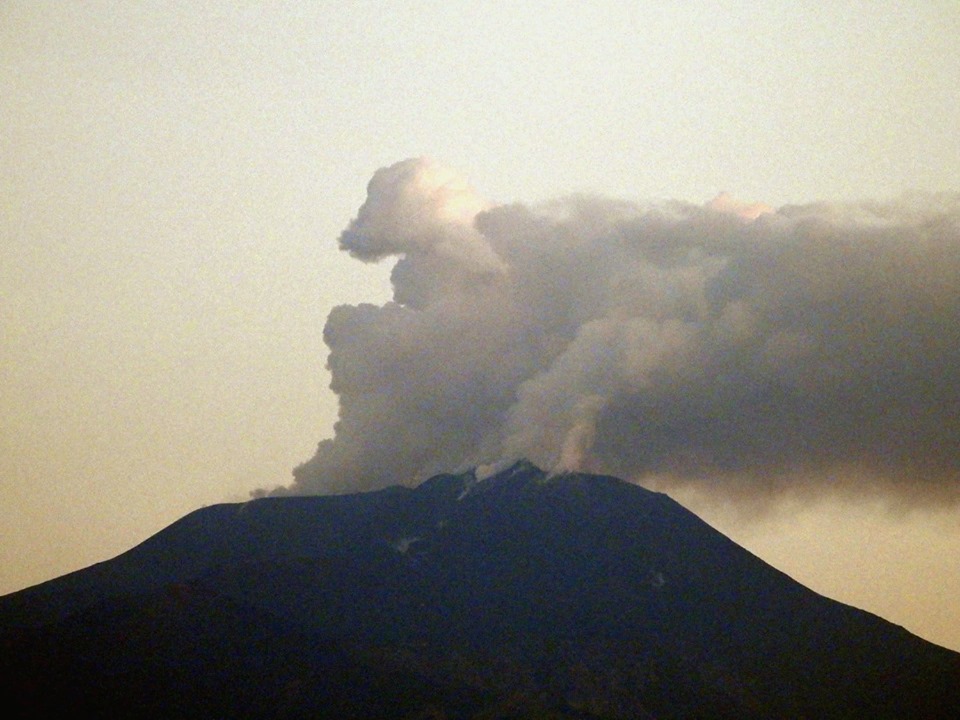 As for ground deformation, no significant variations are being observed in the trends of the mean-term temporal series, INGV said.

Inclement weather is preventing observation of the activity at the summit craters with the visual and thermal surveillance cameras. However, mountain guides report that the characteristic sounds of Strombolian activity and spattering have been heard this morning at the Bocca Nuova crater.

The photo below shows conspicuous degassing from Etna's summit craters at daybreak on September 6, 2019, seen from south.

Featured image: Etna on the morning of September 6, 2019. Credit: INGV