Typhoon "Lingling," known as Liwayway in the Philippines, formed September 1 in the Western Pacific Ocean as the 14th named tropical storm of the 2019 Pacific typhoon season. The storm is now closing in on the Korean Peninsula with the landfall expected in North Korea around 08:00 UTC, September 7.

Lingling became a Category 1 typhoon on September 3. It then underwent rapid intensification due to super favorable conditions near the South China Sea, became a Category 2 and then a Category 4 hurricane equivalent on the Saffir–Simpson scale, as it was east of Taiwan. The eye became clear and wide as Lingling intensified even further.

The typhoon made landfall as a Category 4 hurricane equivalent on Miyakojima, Japan and then intensified to become the season's 3rd category 4 super typhoon according to the Saffir–Simpson scale, but soon weakened again to become a Category 3 storm. 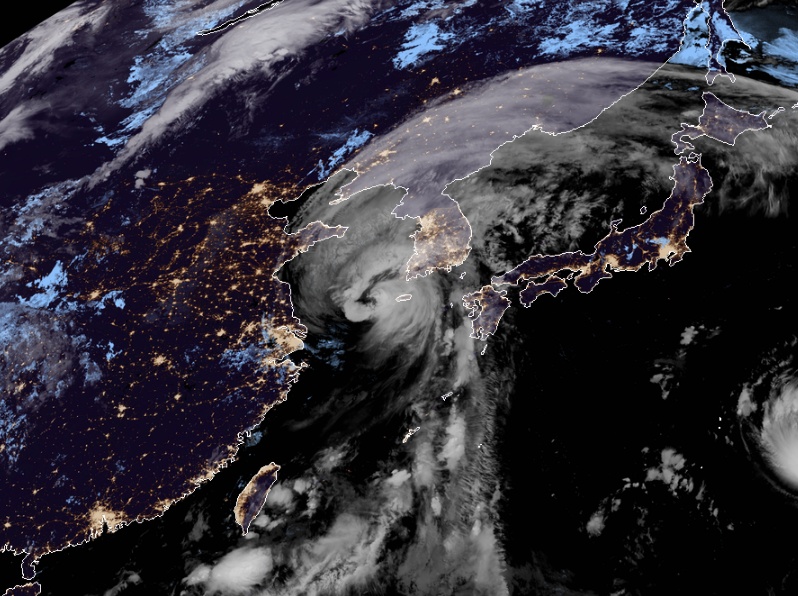 Lingling's next landfall is expected in North Korea around 08:00 UTC on September 7 but the storm will weaken significantly before landfall due to high vertical wind shear and cooling sea surface temperatures.