Intense Strombolian activity at the New Southeast Crater (NSEC), which had resumed yesterday afternoon, underwent an abrupt diminution between 20:10 and 20:15 UTC on July 19, and by 20:30 had virtually ceased, INGV reports.

During the night, the effusion rate at the vent on the northern flank of the NSEC was strongly reduced, and the lava fronts stagnated at about 2 200 m (7 217 feet) on the western headwall of the Valle del Bove and started cooling. Yet, even at a much-reduced rate, lava effusion continued. At 21:30 UTC, copious emission of ash started at the Northeast Crater (NEC) and continued until 02:25 UTC today. Sporadic small explosions occurred at the NSEC during the night.

Starting from 03:30 UTC, the visual and thermal surveillance camera recorded a renewed intensification of the explosive activity at the NSEC. From then on, the activity continued, oscillating between Strombolian explosions and ash emission; at the same time, lava emission continued from the effusive vent on the north flank of the NSEC.

Currently, the most advanced lava flow fronts are not moving and cooling, and active flows are in the upper part of the Valle del Leone, at around 2 600 m (8 530 feet) elevation. Periodic ash emission is also occurring at the Bocca Nuova and at the NEC. 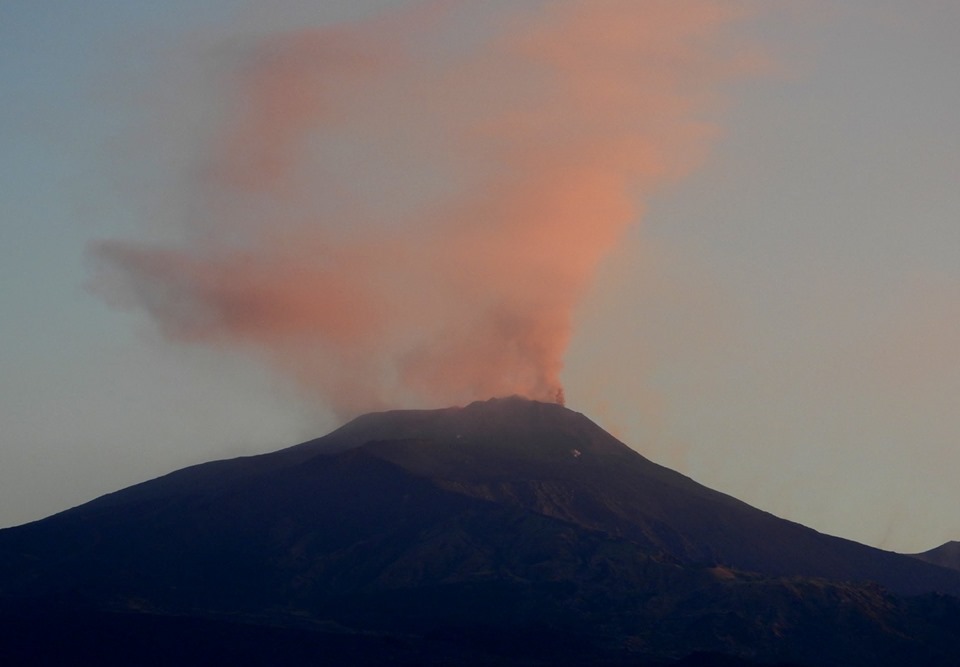 Ash emission from the NSEC and from the NEC at 04:02 UTC, seen from Tremestieri Etneo on Etna's south flank. Credit: INGV 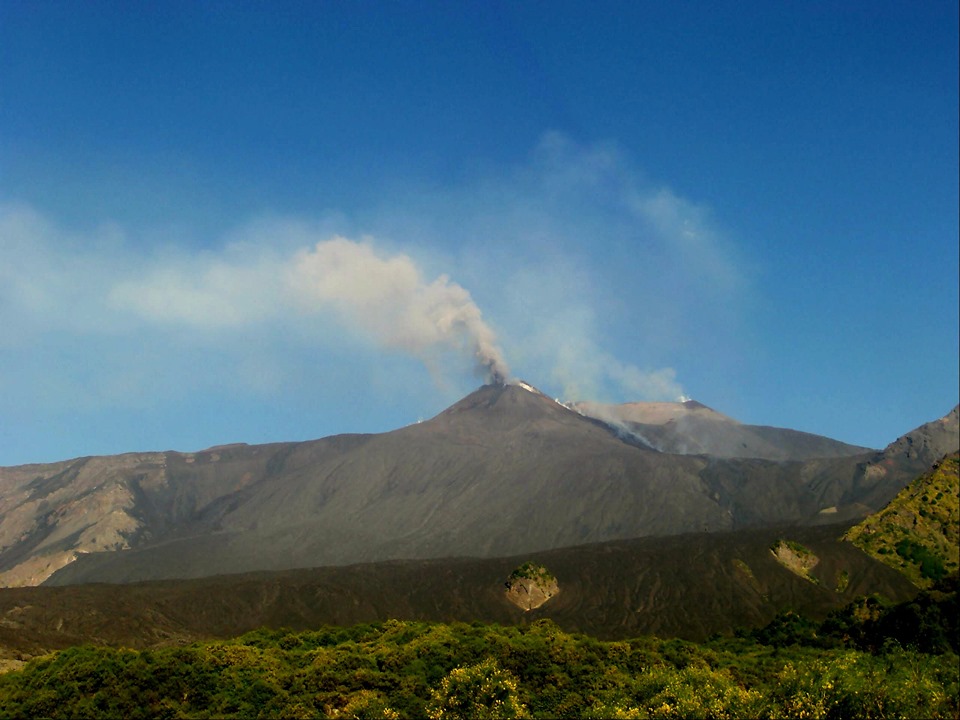 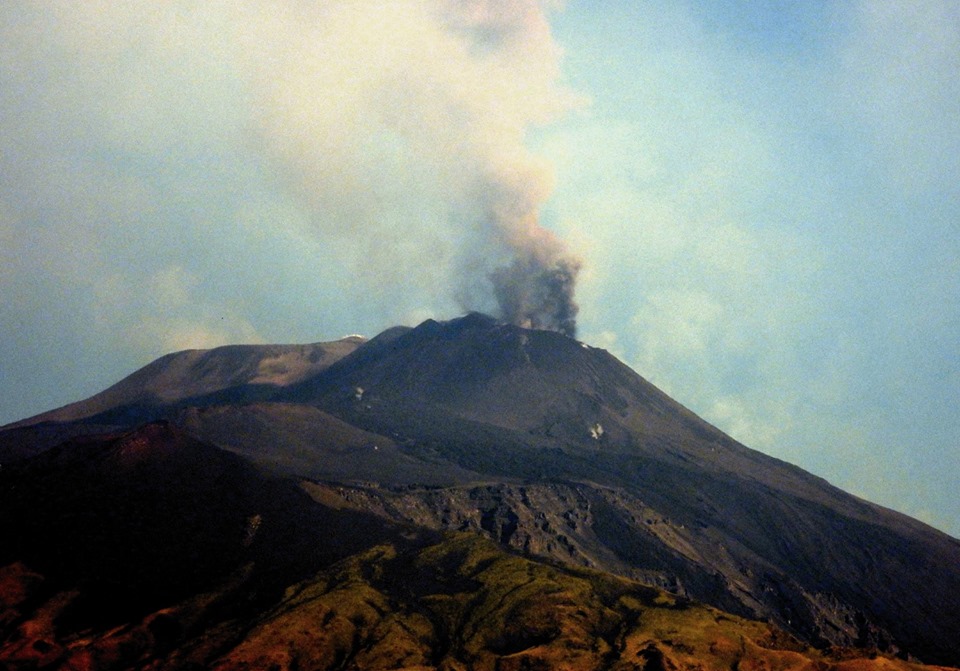 Ash emission from the NSEC at 07:00 UTC, seen from Tremestieri Etneo. Credit: INGV 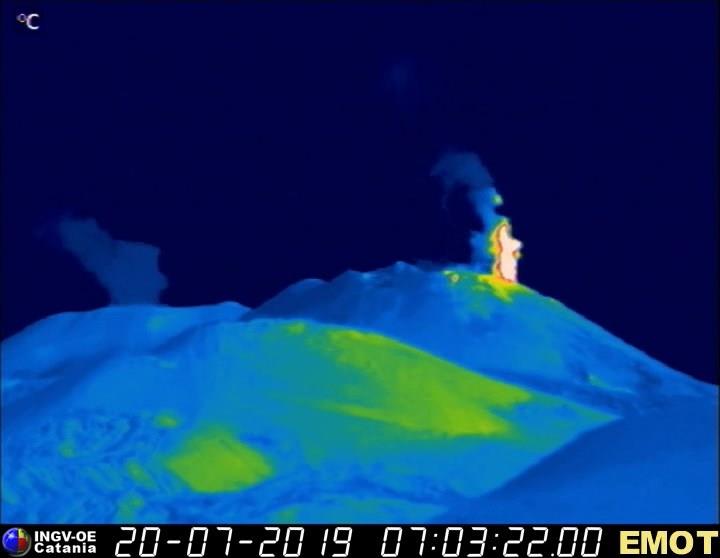