Tropical Cyclone "Danas" reached South Korea at about 06:00 UTC today and is expected to move over the country on July 20 and 21, 2019, bringing heavy rain and strong winds to the region. Record July rainfall was already registered in parts of western Japan.

Although Danas weakened significantly by the time it reached land, heavy rain is expected to continue across the country, especially in its southern regions, KMA said. 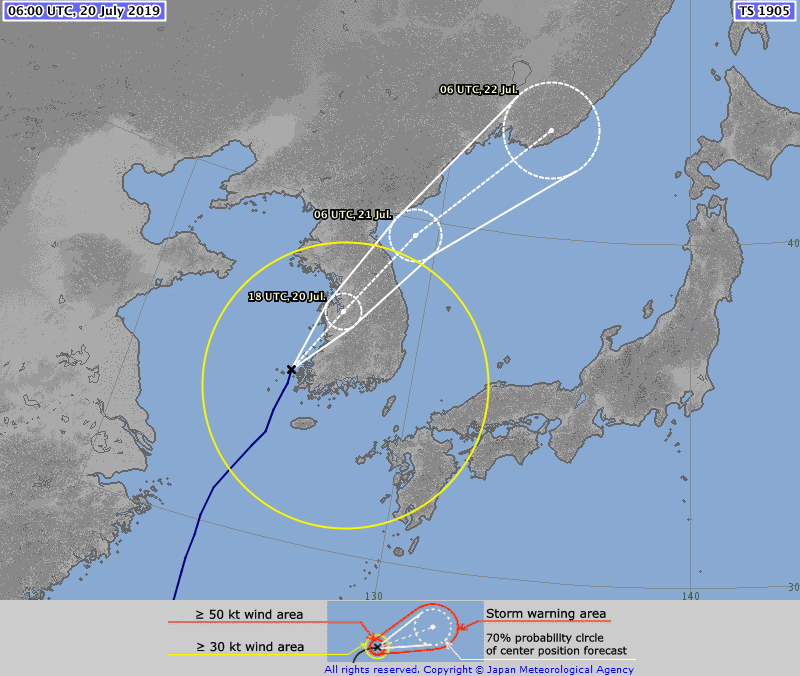 The Japan Meteorological Agency (JMA) raised its heavy rain emergency warning for the island of Tsushima and the Goto Islands in western Japan to the equivalent of level 5 at (01:05 UTC) 10:05 JST on July 20, requiring immediate action to prevent loss of life amid predictions of record volumes of rainfall in the areas.

The islands, part of Nagasaki Prefecture, are the first places in the country to be subject to the equivalent of a level 5 warning, the highest on a five-level scale that was introduced in May in response to lessons learned from deadly torrential rains in western Japan in July 2018, The Mainichi reports. 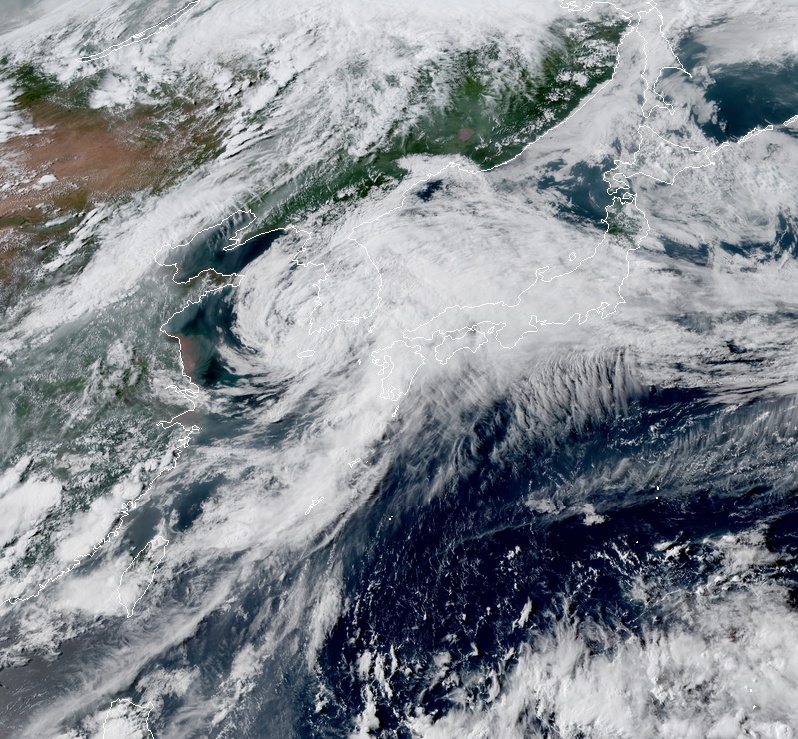 Tsushima and Goto received over 100 mm (3.9 inches) of rain in an hour, the paper quoted officials. This is a record-breaking amount for such a short period, officials said.

A road in the Tsuwazaki district in the northern part of Nakadori Island was reportedly cut off by a landslide, leaving over 100 households isolated. In the city of Goto on Fukue Island, a house is said to have been hit by a landslide from the hill behind it. Its residents reportedly evacuated and are safe.