A new eruption was reported at Mount Bromo, Indonesia at 09:37 UTC on July 19, 2019, lasting 7 minutes and 14 seconds and triggering panic among residents.

The height of the ash column was not observed due to the meteorological cloud. 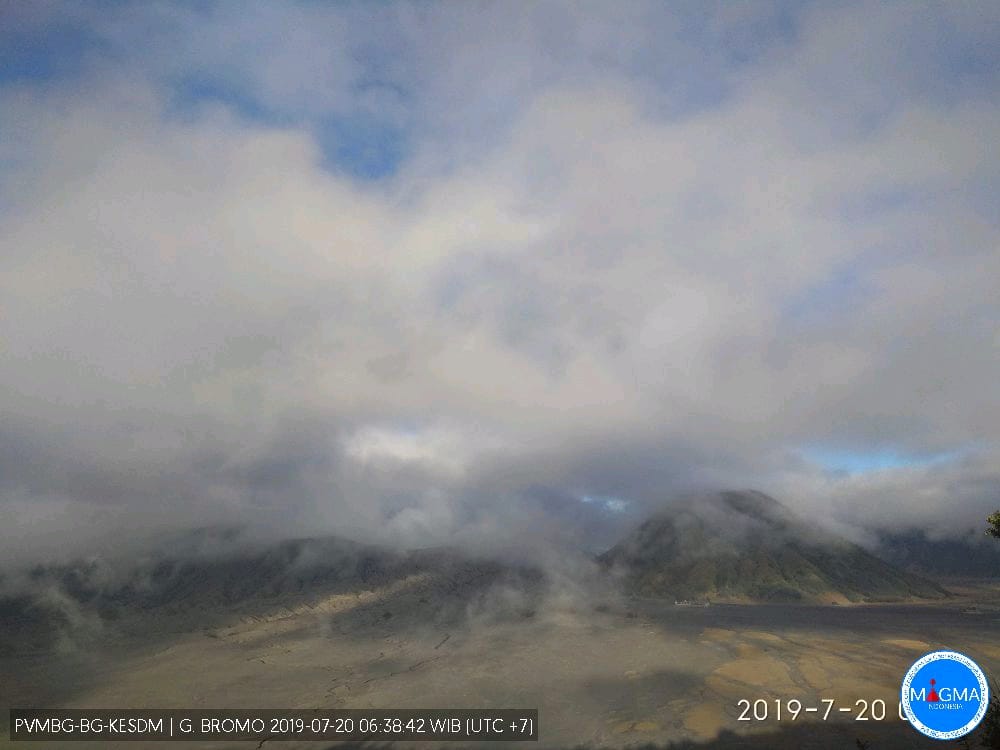 Tourists and residents of the village Ngadas reported a 'cold lava' or 'lahars' hit their village at around 17:00 local time. PVMBG said it's an ordinary natural phenomenon not directly related to the eruption.

The floods are caused by rain that falls around the Tengger Caldera and the summit of Bromo, as well as eruptions that produce volcanic ash. In addition, the morphology of the Tengger caldera is a low topography surrounded by hills, so that in case of rain, the flow of water moves down the caldera, Bernard Duyck of Earth of Fire noted. "The flood came from the south-west side of the G. Bromo slope, encircling G. Batok to the west. The vibration of the flood was recorded in a seismograph with a maximum amplitude of 1 mm and an earthquake duration of 3 minutes 20 seconds."

The 16-km-wide (9.9 miles) Tengger caldera is located at the northern end of a volcanic massif extending from Semeru volcano. The massive volcanic complex dates back to about 820 000 years ago and consists of five overlapping stratovolcanoes, each truncated by a caldera. Lava domes, pyroclastic cones, and a maar occupy the flanks of the massif.

The most recent of the calderas is the 9 x 10 km (5.6 x 6.2 miles) wide Sandsea caldera at the SW end of the complex, which formed incrementally during the late Pleistocene and early Holocene. An overlapping cluster of post-caldera cones was constructed on the floor of the Sandsea caldera within the past several thousand years.