A tropical cyclone is expected to form by Thursday, July 11, 2019, over the northern Gulf of Mexico, the National Weather Service (NWS) warned at 15:00 UTC on July 10. Storm surge and tropical storm watches have been issued. Heavy rainfall is expected as the system strengthens into an extremely dangerous hurricane.

A NW motion is expected by early Saturday, July 13 with an approach to the central U.S. Gulf Coast this weekend. 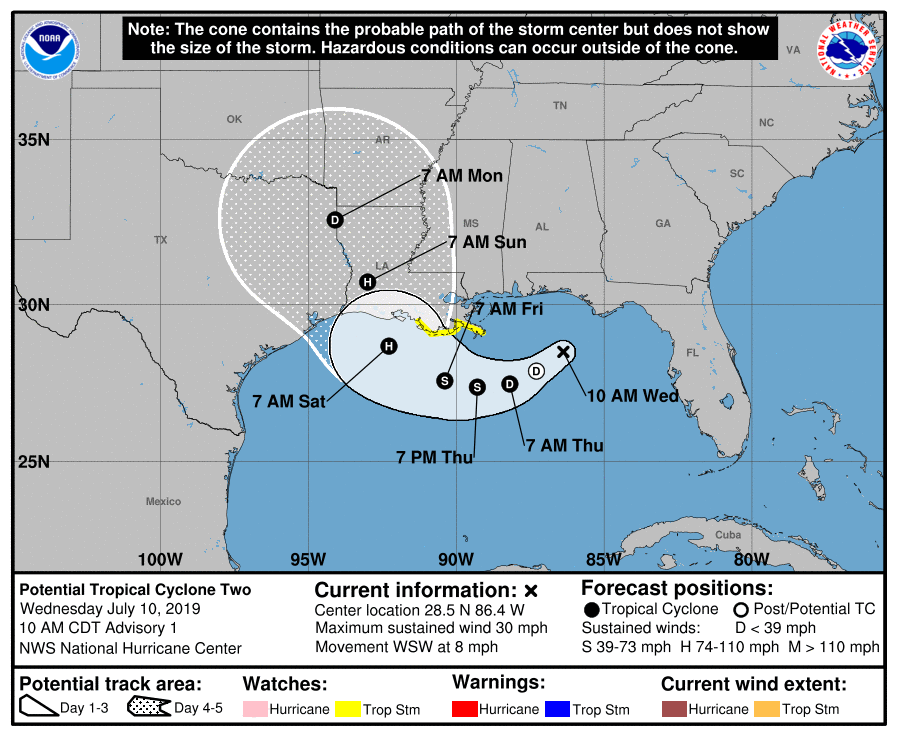 Shower and thunderstorm activity has gradually been increasing in coverage and organization, and the low is likely to become a tropical depression on Thursday morning CDT, a tropical storm by Thursday night, and a hurricane on Friday.

A Storm Surge Watch is in effect for Mouth of the Pearl River to Morgan City.

The system is expected to produce total rain accumulations of 152 – 304 mm (6 to 12 inches) near and inland of the central Gulf Coast through early next week, with isolated maximum rainfall amounts of 458 mm (18 inches).

Tropical storm conditions are possible within the watch area by late Thursday or early Friday. 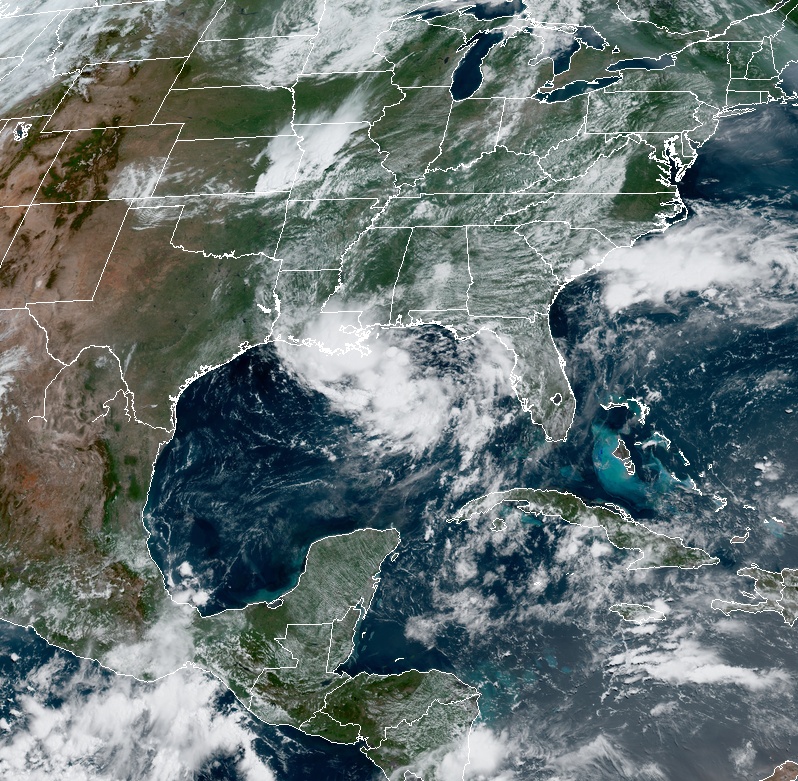 "The remarkable thing to me as a meteorologist is that several days ago computer models sniffed out that a low pressure-related "spin" in the atmosphere called a Mesoscale Convective Vortex (MCV) was going to move from the U.S. mainland into the Gulf of Mexico and seed a tropical system," Dr. Marhall Shepherd,Atmospheric Sciences Professor and former AMS Prez/NASA scientist, noted.

"I first wrote about this possibility in Forbes last weekend. If this happens, our current generation of weather models deserve "kudos." As National Hurricane Center meteorologist Eric Blake told me in a previous blog, "it will be true model triumph" if this evolves the way it is trending.

1. A tropical depression is expected to form later today or Thursday. Conditions appear favorable for this system to strengthen to a hurricane at it approaches the central Gulf Coast by the weekend.

2. Dangerous storm surge is possible in portions of southeast Louisiana, and a Storm Surge Watch has been issued for this area. The risk for dangerous storm surge impacts also exists farther west along the Louisiana coast into the Upper Texas coast, and additional storm surge watches may be needed later today or tonight. Residents in these areas should monitor the progress of this system and listen to any advice given by local officials.

4. The system has the potential to produce very heavy rainfall along and inland of the central Gulf Coast through early next week.