According to ANSA, one woman was hurt and taken to Cesena's Bugalini Hospital in serious. She is not in a life-threatening condition.

Trees were downed, including 200 century-old marine pines, road signs, billboards and other hoardings, as a tornado ripped through the town.

Several streets and roads were closed in the area.

The whole area has been devastated, ilmeteo.it reported… numerous cars were destroyed.

All victims were taken to the town's emergency room with bruises and other injuries, mainly to the head.

Intense hailstorms were also reported in Emilia-Romagna, with severe damage to crops from Piacenza to Rimini. 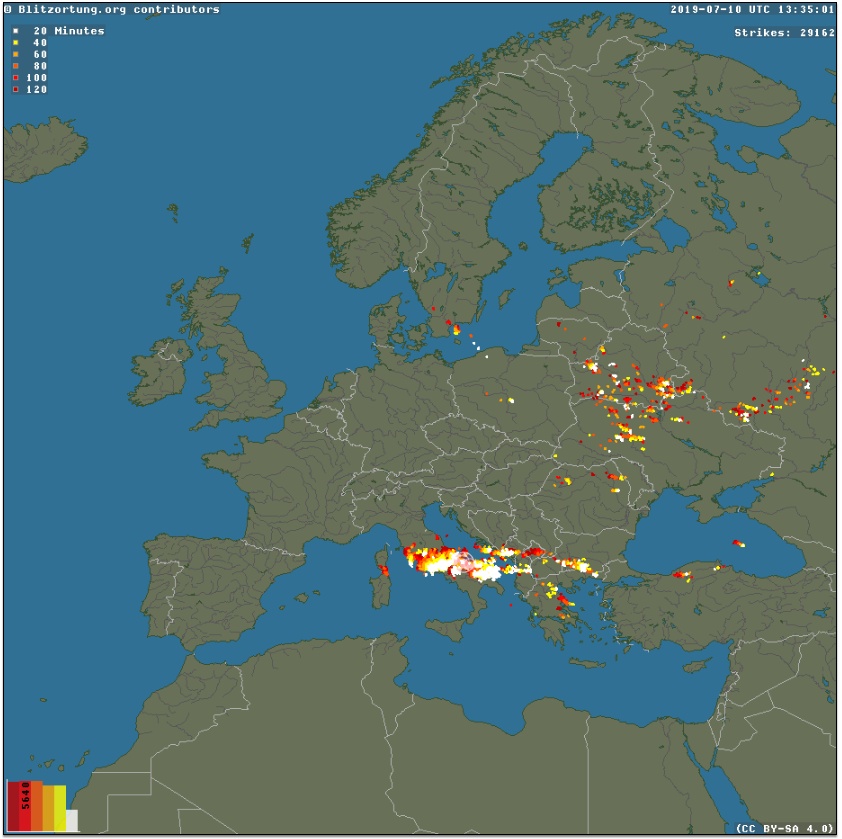