At least one large and destructive tornado (EF-3) ripped through the city of Dayton and surrounding communities, Ohio late Monday night, May 27, 2019. Damage surveys are still in progress for at least three suspected tornadoes in the area.

The first tornado touched down around 23:07 LT, prompting a 'tornado emergency warning,' the highest the weather service issues. NWS called it a life-threatening situation as the tornado swept through a heavily populated area. The second tornado hit about 30 minutes later.

At least one person was killed in Celina, authorities said, adding that several people were injured.

"A large, dangerous tornado touched down last night in northwest Montgomery County, we are focused on supporting life-saving measures, such as shutting down gas lines or locating people who are trapped by debris. Call 911 or contact your local fire station for emergency assistance," Montgomery County officials said.

"At this time, it is dangerous to be on the road near affected areas with downed power lines, broken gas lines, and debris. Please stay safe in your current location, and we appreciate your kindness and concern."

Due to the widespread power outages, all Dayton and Montgomery County water customers were asked to conserve water. 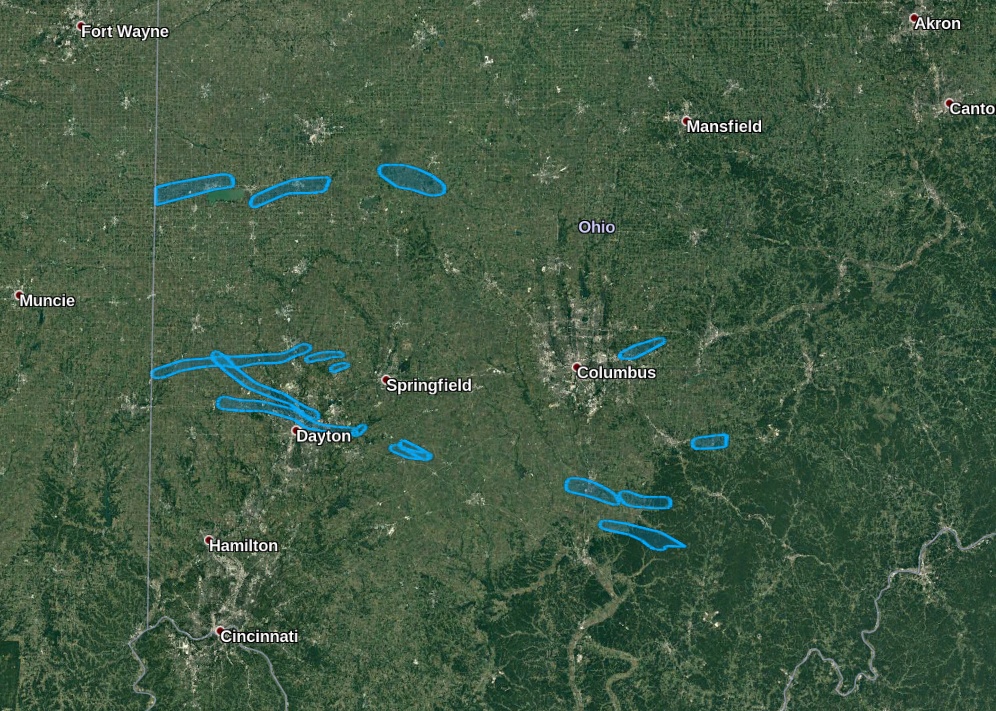 Map of areas where circulations, potentially producing tornadoes, impacted parts of Ohio. Tornadoes did not necessarily occur in every indicated area, but multiple tornadoes have occurred. NWS will be surveying many of these areas in the coming days. Credit: NWS, Google, TW