Remnants of Tropical Cyclone "Joyce" brought record-breaking rain to parts of SW Western Australia on Monday, January 15 and Tuesday, January 16, 2018. The storm produced wind gusts up to 90 km/h (56 mph) and dumped more than 4 months' worth of rain in less than 24 hours on parts of the region, causing floods, power outages and traffic problems. Some areas saw their wettest day ever.

January is typically one of the driest months in this part of the world, but Joyce's remnants brought widespread rain, in places 4 – 10 times more than they see during the entire month of January.

More than 100 mm (3.93 inches) of rain was recorded at more than 30 stations and all of those with documented records had them broken while others also recorded remarkable rainfall and totals that likely obliterated any unofficial records, Higgins Storm Chasing reports.

"With further lingering showers and rain areas across the next 24 hours through southwestern Western Australia and the assumption that at least 1 more system will move through the region over the next 3 weeks, it looks like a fair chunk of the SW pocket of Western Australia should see its wettest January ever," they added. 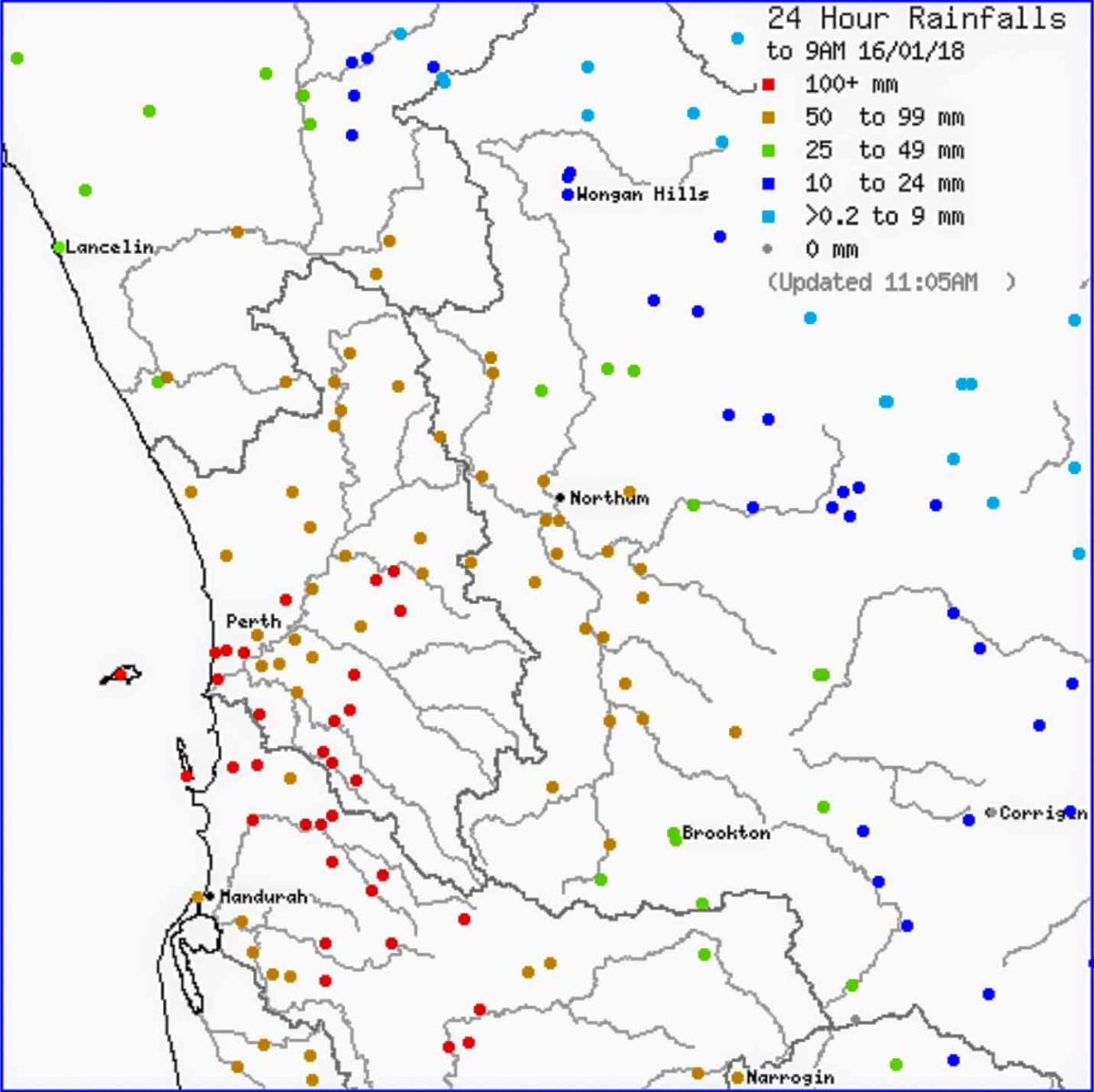 Here are some of the significant rainfall totals Higgins Storm Chasing archived on their page (24hr totals ending 09:00 AWST, January 16):

The best view of ex-cyclone Joyce and its rain band is from outer space. Plenty of totals in the 50-100mm range through Central West and Gascoyne; now it's the Metro's turn. 20-40mm so far through the city, with significant rainfall still to come tonight #moist #BigWet pic.twitter.com/YF7Yj3KKQR

The rain caused flooding in parts of the region and left more than 1 300 homes without power after strong winds downed power lines. Some of the flights arriving at Perth Airport were delayed as pilots were forced to circle around the airport after numerous landing attempts due to strong winds.