Tropical Cyclone "Ava" reached a peak intensity of 167 km/h (103 mph), an equivalent to Category 2 hurricane on the Saffir-Simpson scale, just hours before it made landfall over Toamasina, Madagascar on January 5, 2018. Heavy rain was falling across northern Madagascar since January 3 and increased with the landfall, producing deadly floods and landslides.

"On a national scale, the provisional toll is 29 dead, 22 missing, 17 170 displaced and 83 023 affected," the National Bureau for Risk and Catastrophe Management (BNGRC) said in a statement. The number death toll has later increased to 51.

There are no less than 20 000 extensive damage claims.

Among the worst hit areas are the capital Antananarivo, where more than 3 200 people were evacuated from their homes. 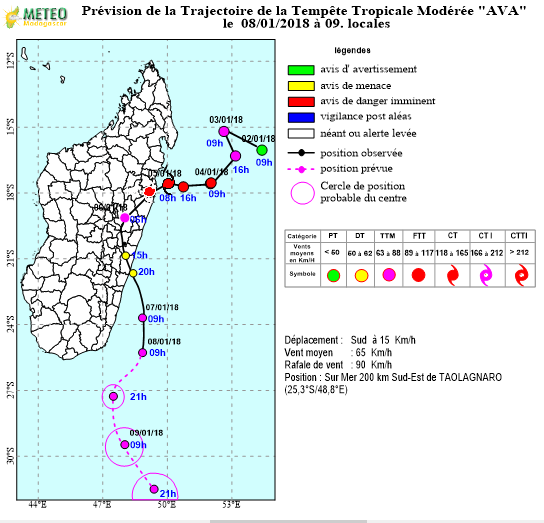 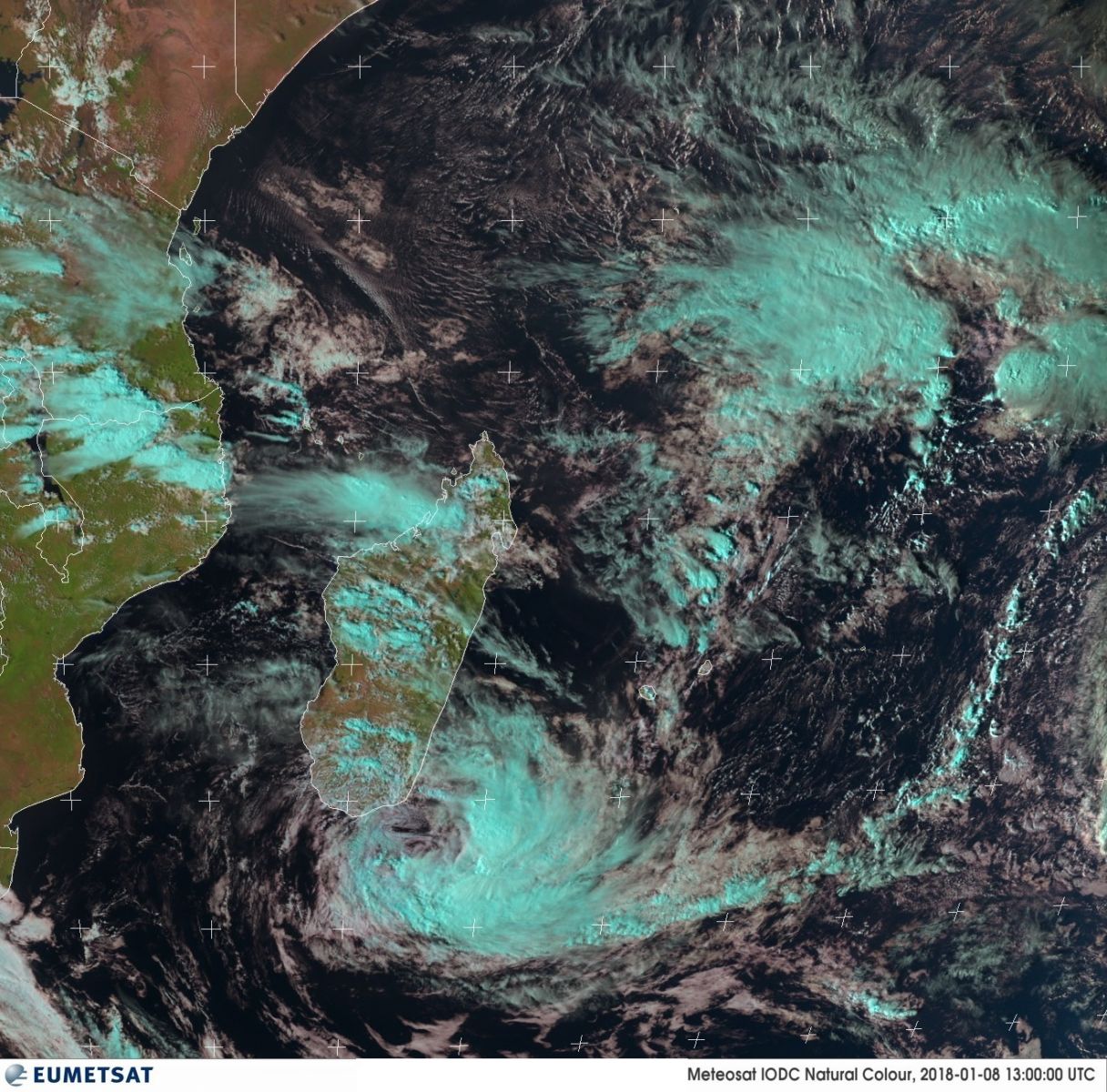 The center of the cyclone has now left the island nation and there are no more alerts in effect.